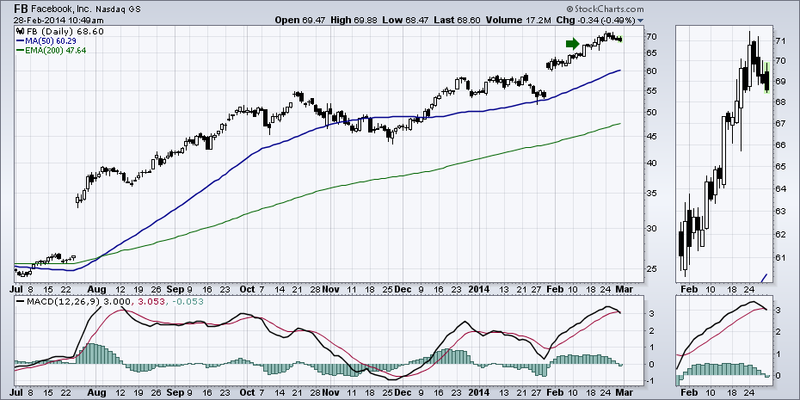 Does WhatsApp and Tesla Remind Anyone Else of Ballard Power?

After this month closes out, we'll be talking about when Facebook bought a "What's up Doc?" - WhatsApp for $19B. Some thought it foolish, and I felt out of the loop because I have never heard of the WhatsApp app. So a $19B handle seemed pretty large... Read More 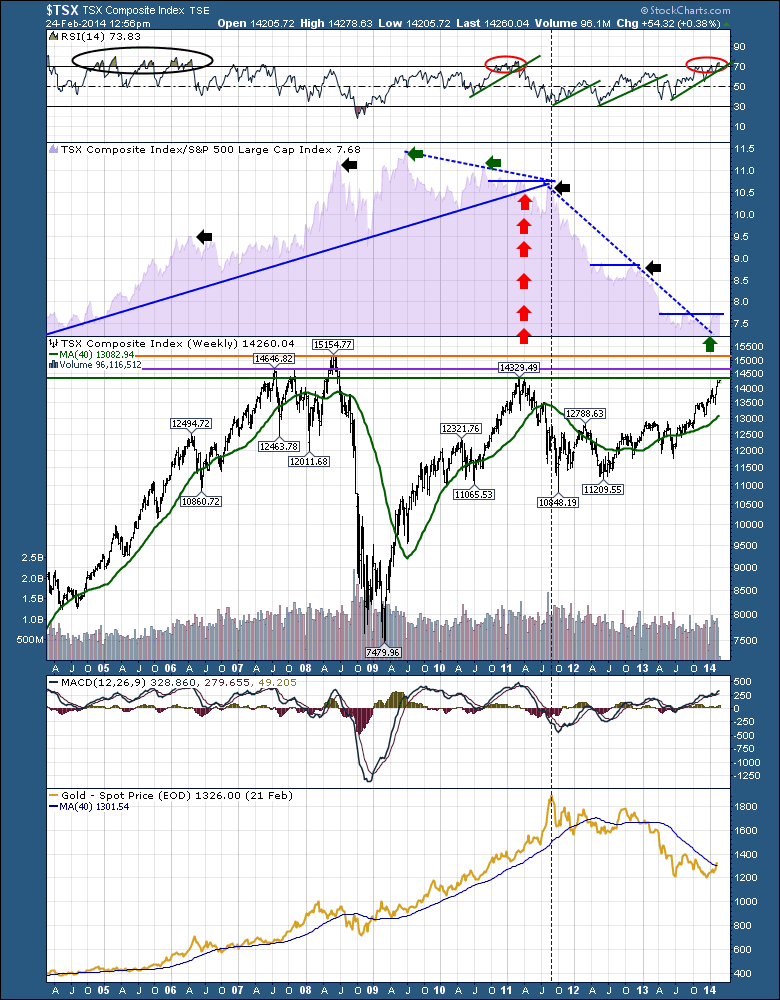 $TSX Continues Its Run and $GOLD Bulls Get Poked

Its been a few months since October when the $TSX was able to break out to new highs. Since then, it has not been much of a look back. Because of the strength of the gold miners, even the pull back in the early February lows was much shallower on the $TSX than on the $SPX... Read More 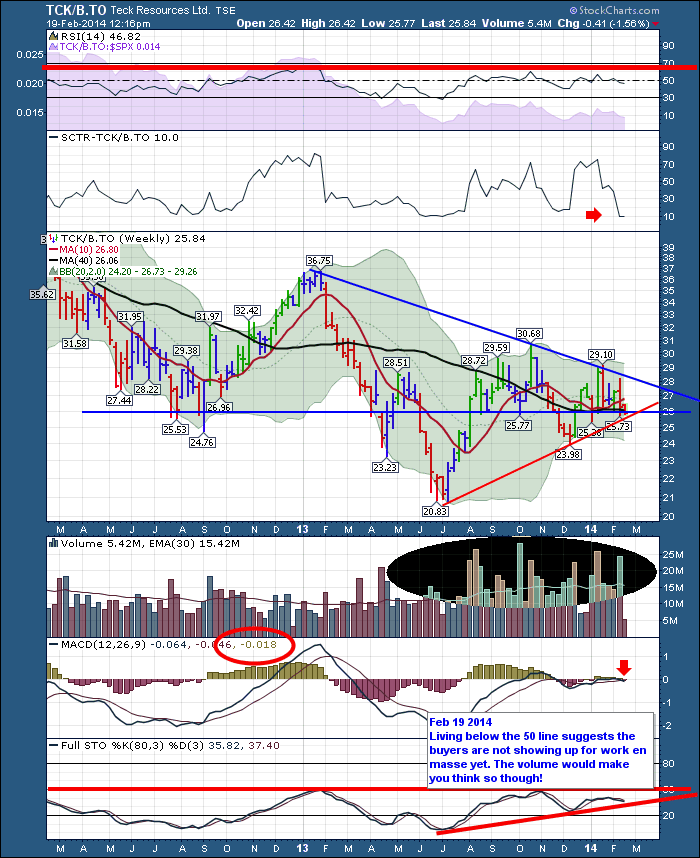 Wow, has this been a difficult trade. It has worn out almost every bull and every bear on the street. Canada's major miner just seems to roll over at resistance every time. Recently, it looked like Teck was finally going to hold above the 200 DMA (40 WMA)... Read More 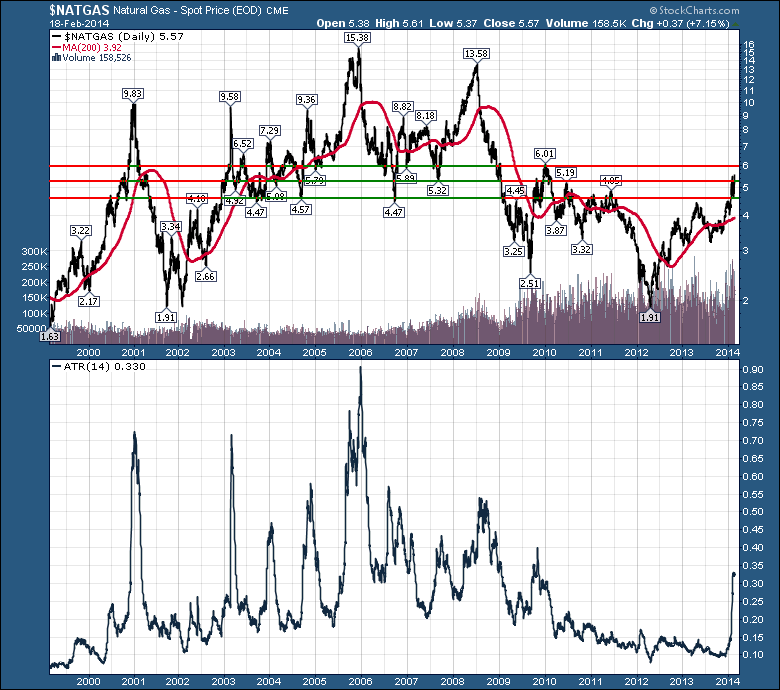 As the winter weather sits in snow banks across Eastern North America, $NATGAS has been on a roll. I expected the top to be in for $NATGAS based on the change in the size of the daily moves and a seasonal top in late January early Feb for $NATGAS... Read More 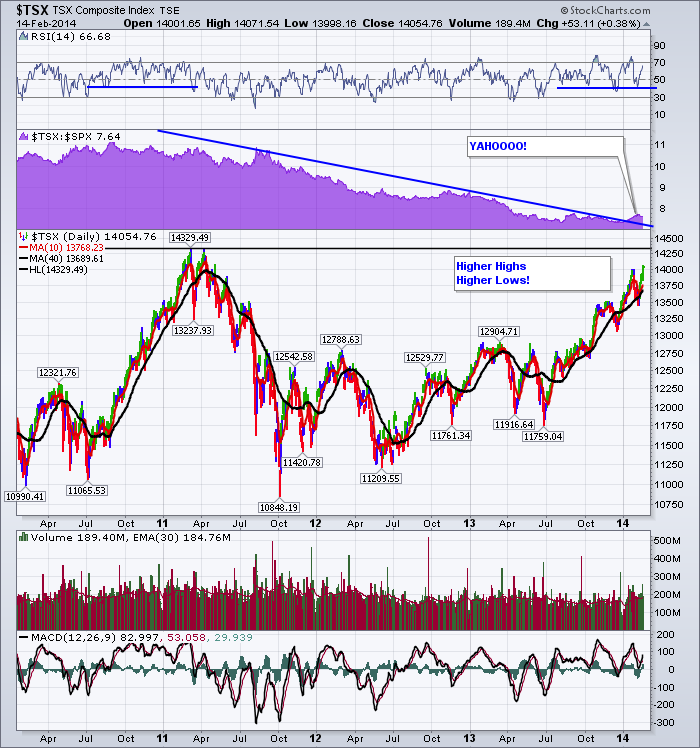 With a push from the gold stocks, the $TSX pushed above the previous highs of 14000! You can see in the following chart the lifting has been shared across most sectors with a noticeable pause on the financials and industrials... Read More 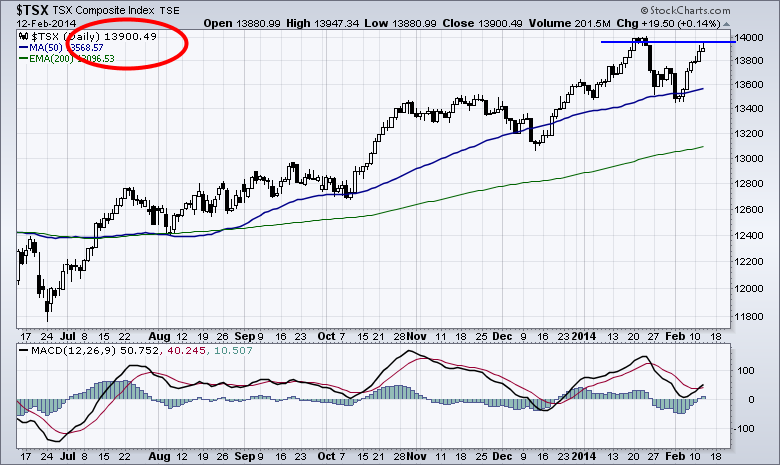 Round Number Resistance Everywhere - Should You Care?

Just looking at the market action into the close, one thing jumped out across the charts. Lots of indexes or reference charts were stuck at round number resistance today. What I mean is near price levels ending in zero zero. '00'. Here is the $TSX... Read More 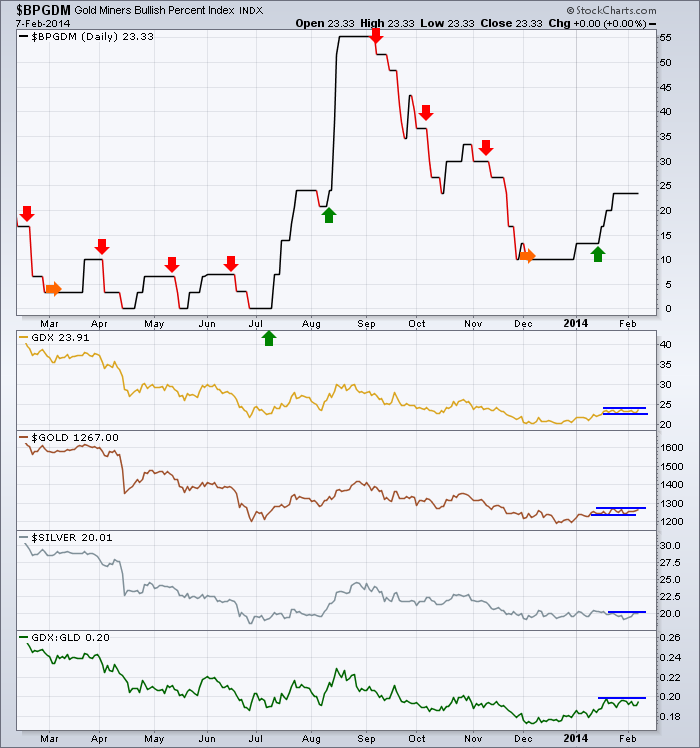 Gold has been so fickle. Some weeks Silver confirms, some weeks the miners confirm, some weeks the $USD confirms. Today Gold , Silver and the Miners are all at interesting points on their charts. Here is what I see: Look on the Bullish Percent Index... Read More 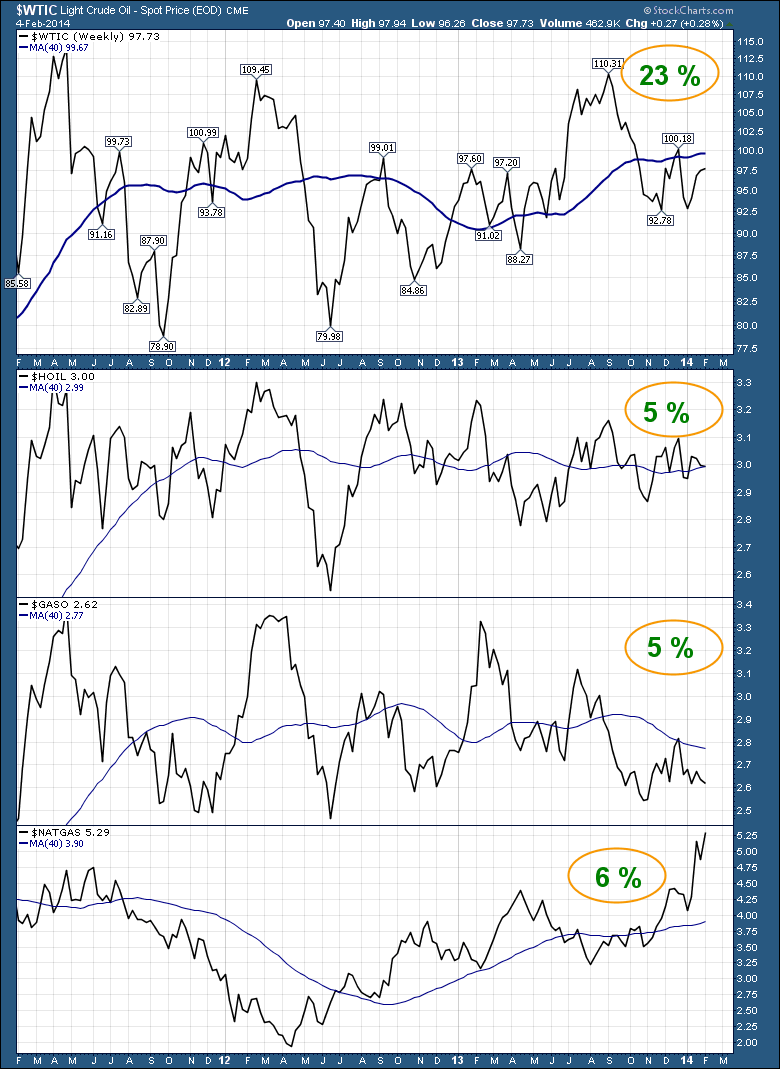 The Commodity Based Economy - A Book On Where We Are 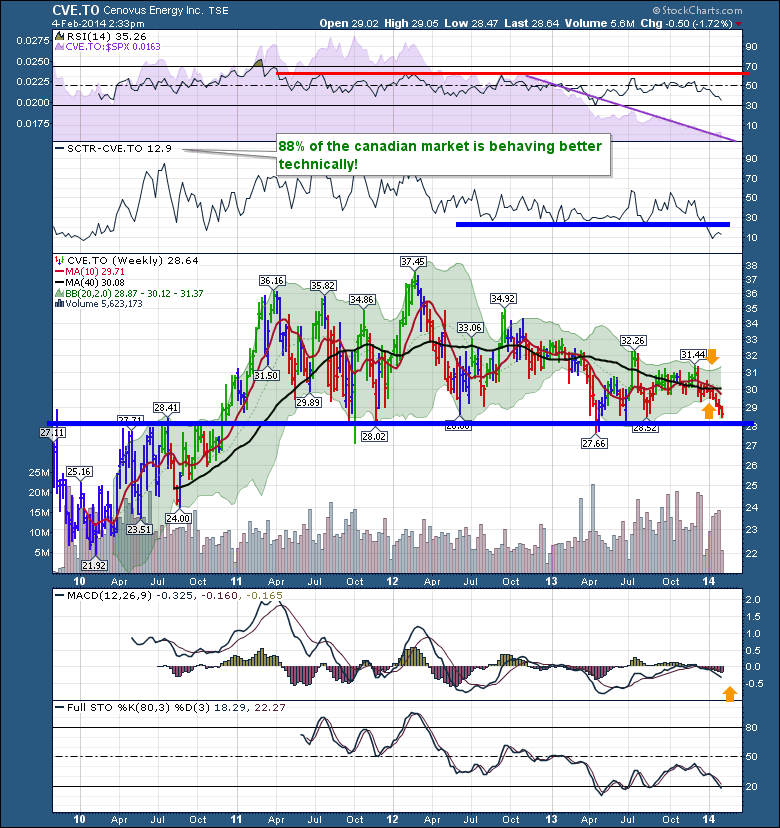 Every now and then a stock comes along that just drives you crazy. Cenovus has to be one of those story stocks. Given the keys to the oil empire in the split from Encana, Cenovus looked promising from every aspect... Read More