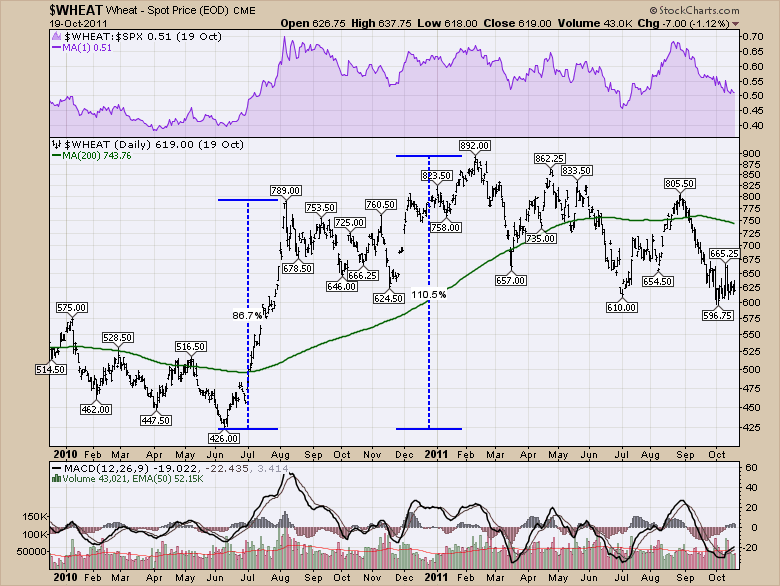 The individual commodities each took their turn on a launch pad at Cape Canaveral it seemed. The sequence of lift offs and tops was truly remarkable. However, most of them topped and did a major retracement just as quickly. That is usually how commodity tops work out... Read More 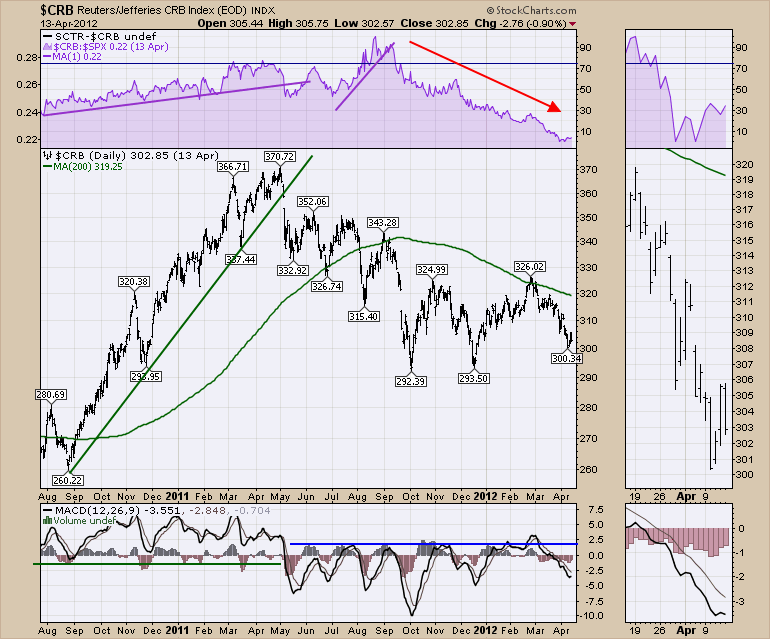 I could have written a specific article on the price of oil going ballistic in 2007 and 2008, but I will try to correlate that 'oil' story with the 2014 fall in oil. 2011 will be remembered as the commodity top and that is what we will cover in this article... Read More 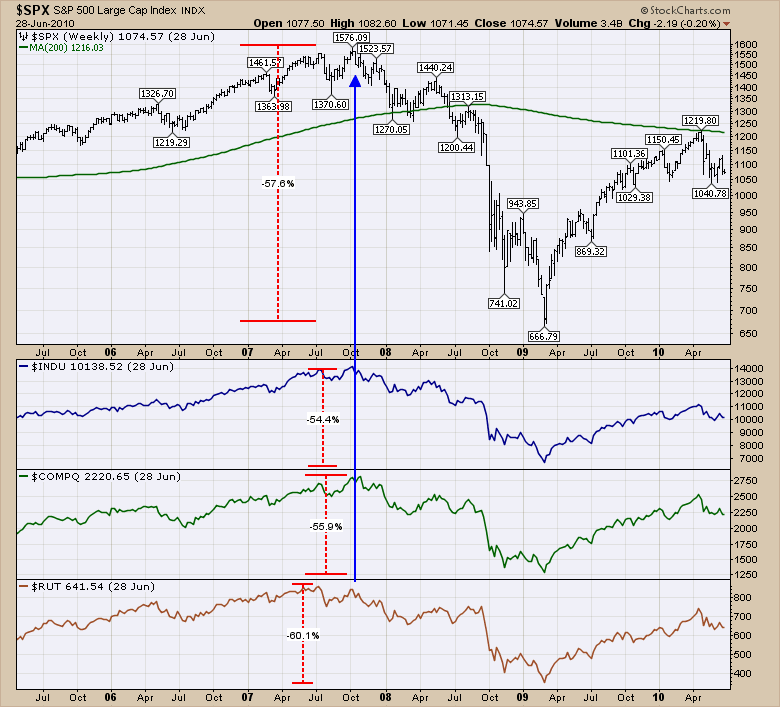 This is the second article in a series of modern day Manias. Part 1 can be found here. The Year 2000. 2007 was a market top that will be remembered for a long time... Read More 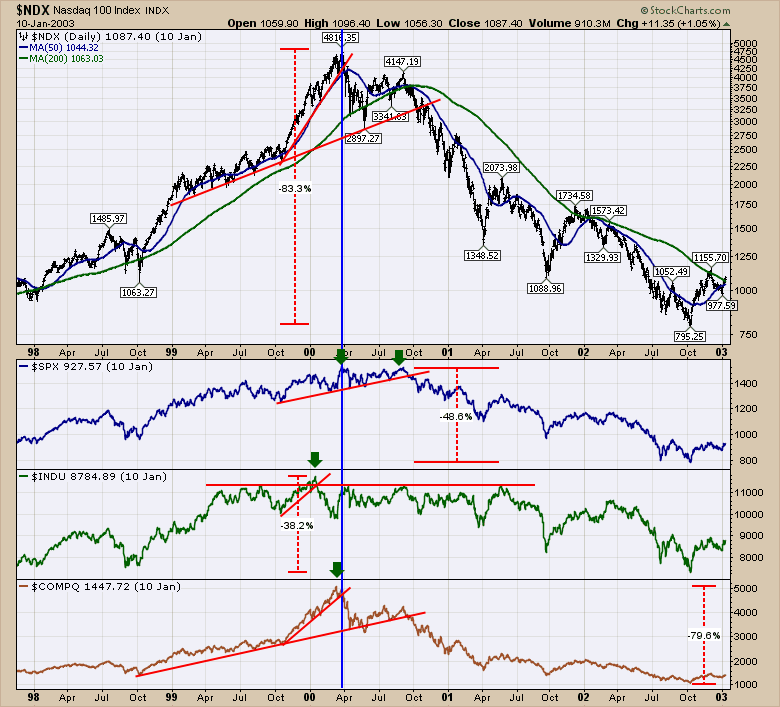 I want to review some of the major market peaks and what made them roll over. Part of the analysis is the way the rollover happens. It is a changing of mood and of circumstance that eventually affects a wider audience. So let's go to the charts and explain the 2000 top... Read More 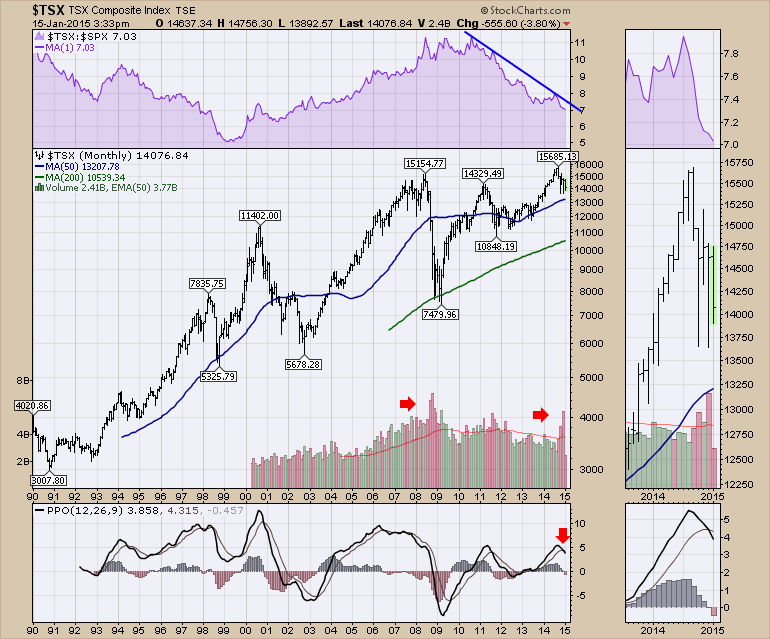 What Effect Does A Drop In Oil Have? A Ripple, A Wave Or A Tsunami?

Today I'll be doing a webinar at 4:30 EST on the effect of oil's drop. If you live in an oil producing region, you'll have some ideas, but these charts will bring it home. If you aren't living in an energy hub, this could be a huge perspective change for you... Read More 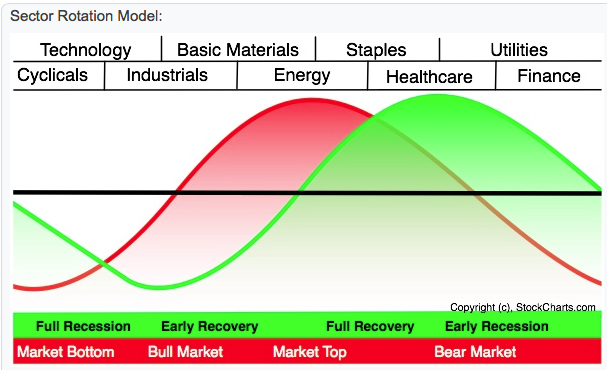 Are There Any Clues To A Top In The Sector Rotation Cycle?

I want to start the article to reset our boundaries, our framing, our paradigm on the markets. When we see the S & P 500 ($SPX) make higher highs we continue to assume everything is just fine. But underneath is a massive sector rotation that used to be very complex... Read More 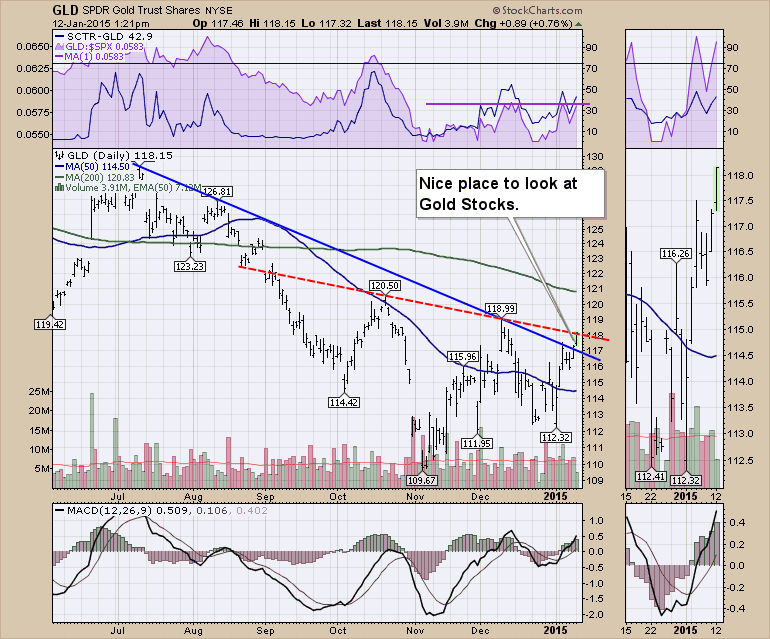 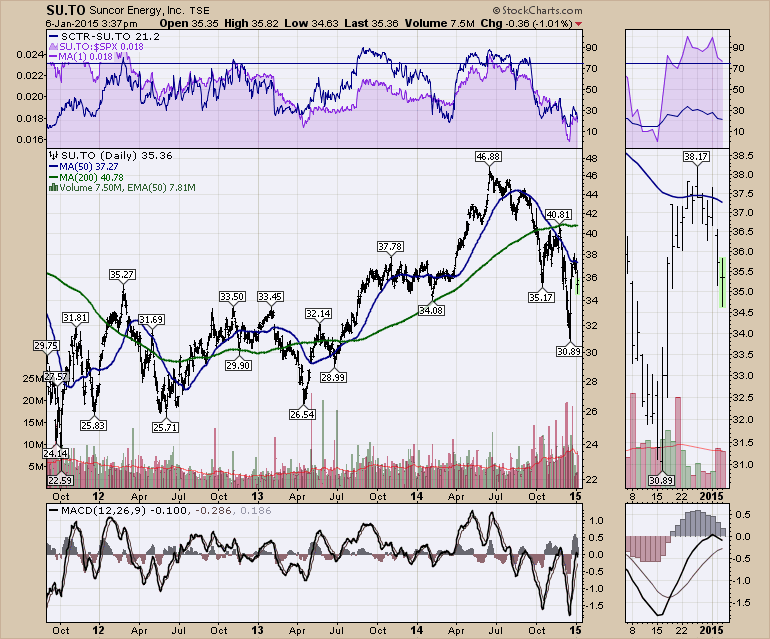 The oils are being bought today even as Western Canada Select Crude price falls. Both Suncor and Cenovus had spinning top days. (Spinning top =opened, traded higher and lower and closed in the middle near the open). CNQ was weaker and looked to close near the lows... Read More 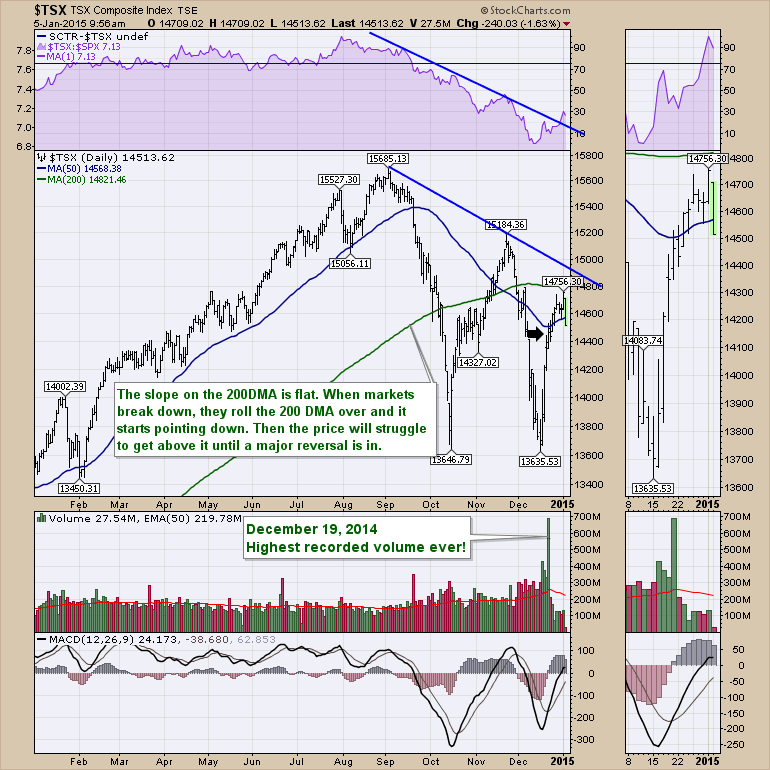 $TSX Continues To Stall Under The 200 DMA - A Volume Analysis

The $TSX is at a very pivotal point on the chart. Why is this so pivotal? I laid out a scenario in the December 17th article, The $TSX Has A Huge Day. We have spent a few holiday weeks trying to change the view. Here is why this is so important. ... Read More