While both the S&P 500 and Nasdaq 100 are showing the effects of the current correction, there are significant differences in the technical picture on both charts... Read More 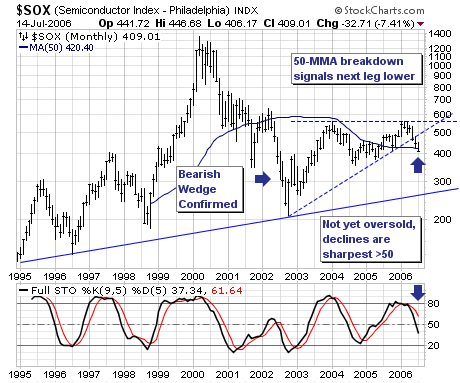 A MOVE DOWN FOR THE SOX?

We believe that the Semiconductor Index (SOX) is poised to move sharply lower in the months ahead into a tradable bottom. Our target is rising trendline support near 280, which presupposes a decline of -31% between now and then... Read More

5 YEARS WITHOUT A PRICE INCREASE

FIVE YEARS WITHOUT A PRICE INCREASE! - StockCharts.com introduced our "Extra" service five years ago and our price then was the same as it is now. StockCharts is still a great value folks... Read More 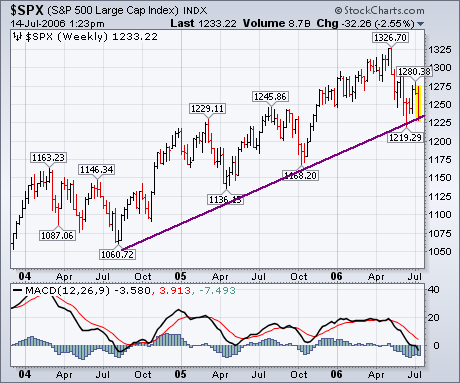 Earlier in the week I showed a number of moving averages that appeared to be on the verge of giving major sell signals. Here's another long-term support line to watch. The S&P 500 is bearing down on a two-year support line that starts in the summer of 2004... Read More