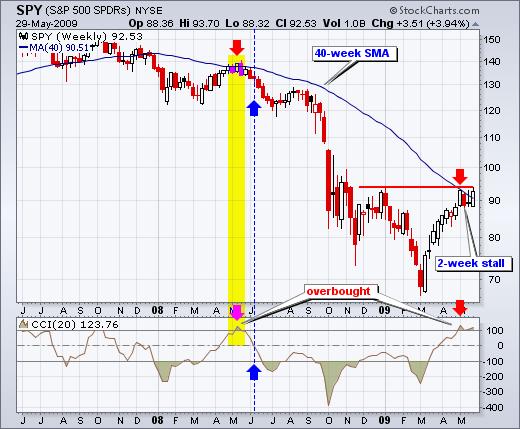 BIGGER PIPES, BETTER SERVICE - On Friday, we upgraded our Internet connection from a 180 Megabit connection to a 1 Gigabit Fiber connection (1 Gigabit is 1024 Megabits)... Read More

This is the seventh part of a series of articles about Technical Analysis from a new course we're developing. If you are new to charting, these articles will give you the "big picture" behind the charts on our site... Read More 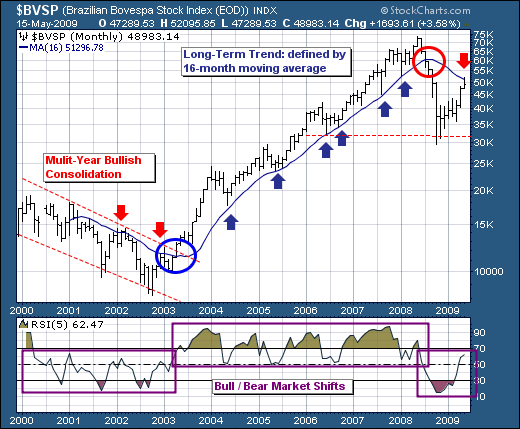 As the markets have rallied off the March 9th bottom, we find it rather interesting that the Emerging Markets have taken a lead role and have outperformed rather handily... Read More 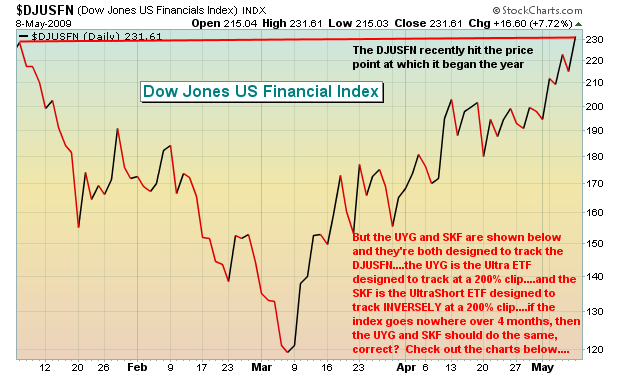 ANOTHER LOOK AT JUICED ETFS

In February, I wrote an article discussing the fact that juiced ETFs (ETFs designed to double or inversely double the returns of an underlying index) do not perform as you might expect. There was a huge response to this article and mostly positive feedback... Read More 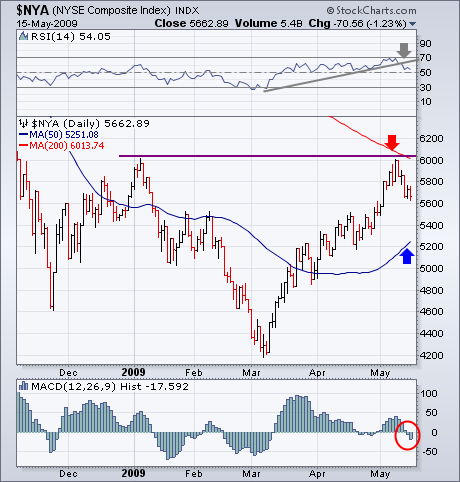 I started the week on Monday with the headline that "Upside price and time targets had been hit" and added that overbought readings suggested that the market was vulnerable to profit-taking... Read More 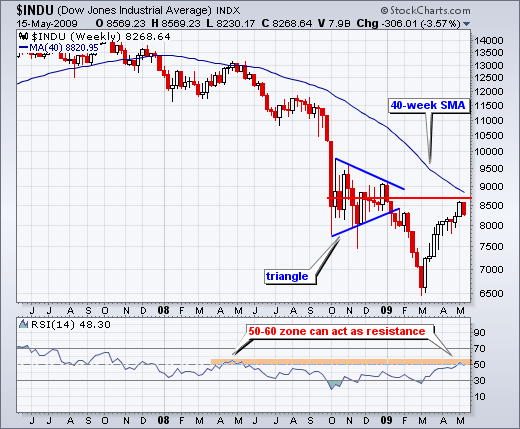 After a massive 9 week advance, the Dow ran into resistance with its biggest weekly decline since early March. There is a resistance zone coming into play around 8700-8800 from the falling 40-week moving average and the Oct-Nov consolidation... Read More 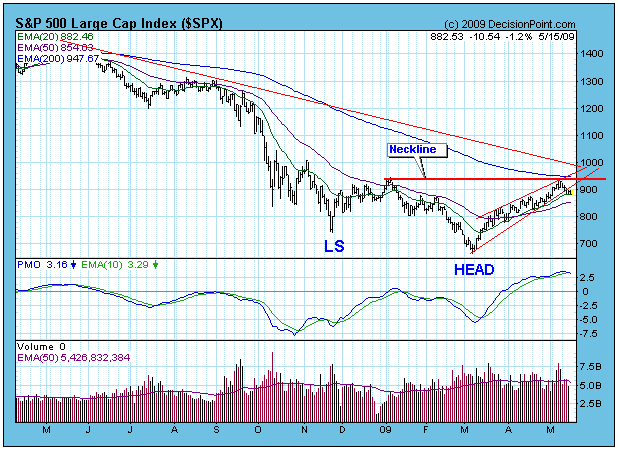 The ascending wedge pattern we discussed last week has broken down as we expected. Considering that the market has rallied nearly 40%, I think it is reasonable to expect more corrective action... Read More

NEW HOME PAGE DEBUTS - Our slick new home page provides you with a quick way to see all of the latest happenings at StockCharts... Read More

This is the sixth part of a series of articles about Technical Analysis from a new course we're developing. If you are new to charting, these articles will give you the "big picture" behind the charts on our site... Read More 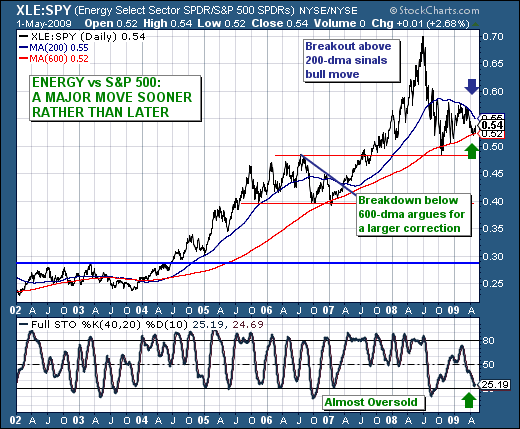 ENERGY vs S&P 500: A MAJOR MOVE SOONER RATHER THAN LATER

The past several trading sessions have shown an increased propensity for traders to "allocate or rotate" funds into commodity and natural resource stocks. Those gains were no starker than during Friday's trading session, when the S&P Energy Sector (XLE) was higher by +3... Read More 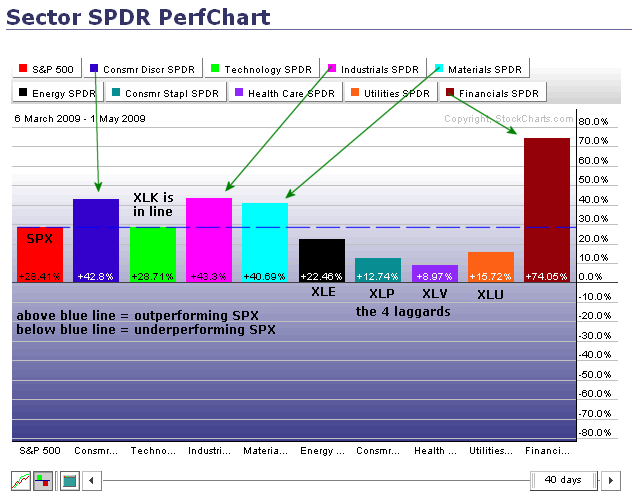 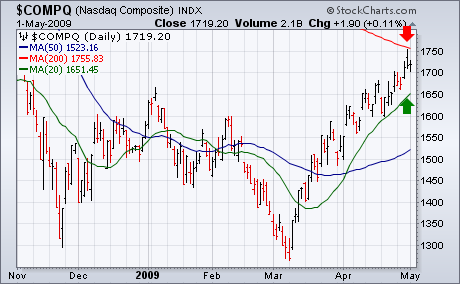 One of the problems with doing an analysis of the "stock market" is choosing which market index to represent it. Like most analysts, I rely on the S&P 500 which is generally viewed as the market benchmark... Read More 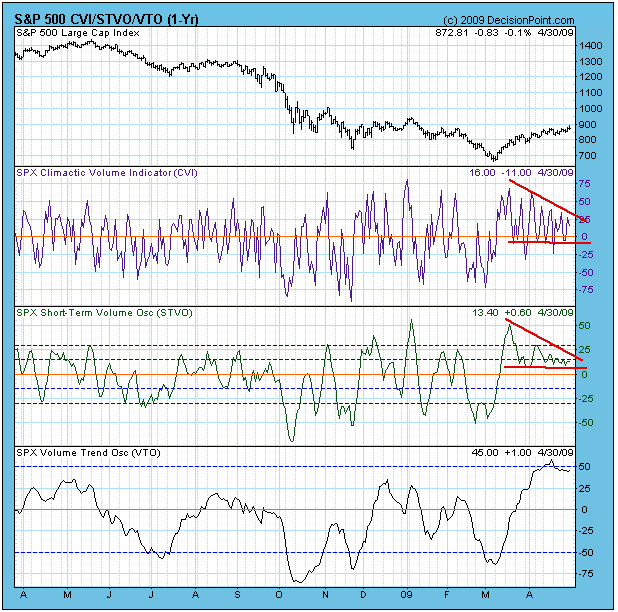 I have been referring to the slow, steady advance of the last few weeks as a "correction". To be more specific, it is a "running correction", which means that prices have moved higher as indicators have chopped sideways and lower... Read More

GO AWAY IN MAY? REALLY?