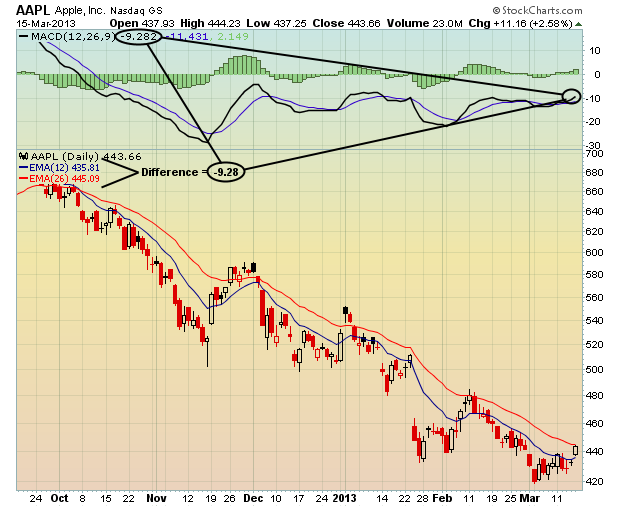 Personally, I love the MACD. It's one of my favorite technical tools when trading. It's not perfect - nothing is - but it does provide us a snapshot of momentum of a stock or index... Read More 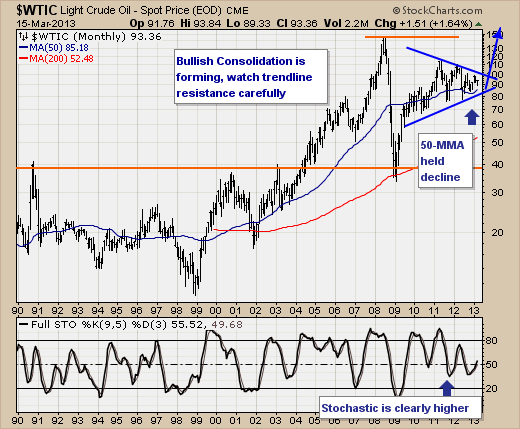 The stock market's uninterrupted gains in recent months is giving rise to talk of a bubble, and perhaps this is the case within the scope of time... Read More 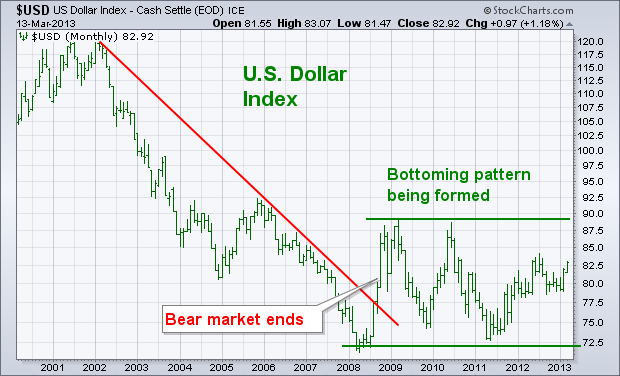 U.S. Dollar Appears To Be Bottoming

The monthly bars in Chart 1 plot the U.S. Dollar Index since 2001. Two major trends are seen on the chart. The first is the major downtrend in the dollar between 2002 and 2008. During 2008, the USD broke its six-year down trendline which ended its bear market... Read More 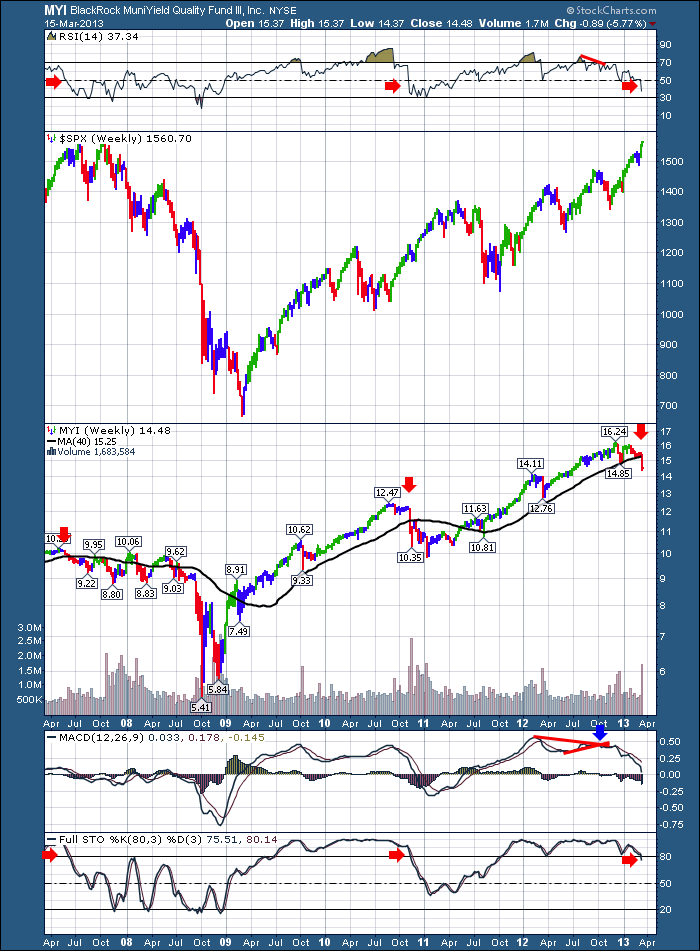 Strolling through the the mid month charts, I came across this ETF. This ETF represents Municipal Bonds. MYI It has only moved below its 40 WMA twice in the last 5 years. Till this week. It marks the third time... Read More 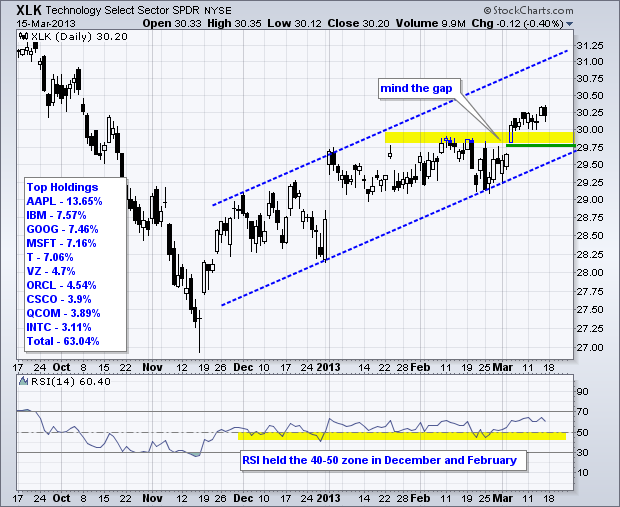 The Nasdaq 100 ETF (QQQ) and the Technology SPDR (XLK) have been underperforming the broader market, but both remain in uptrends since mid November and are holding their March gaps. Relative weakness stems from Apple, which is the biggest component for both ETFs... Read More 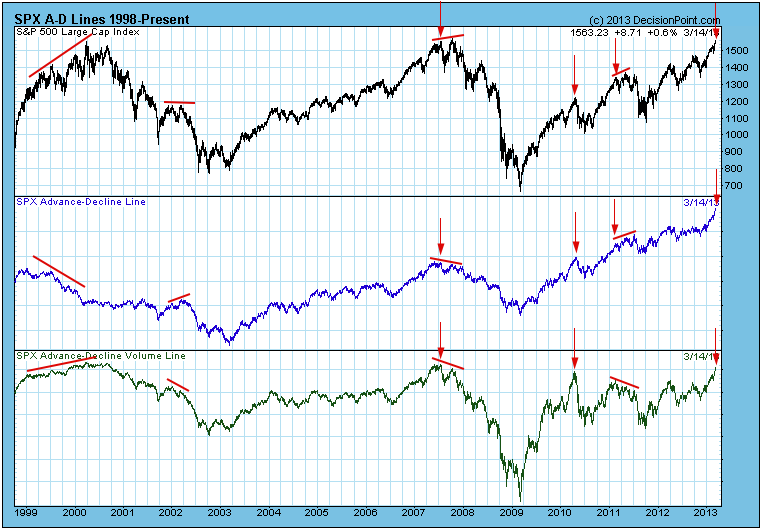 There are negative divergences on a lot of indicators we track (price makes a new high, but the indicators makes a lower high), but the advance-decline lines for breadth and volume are actually confirming the recent new price highs... Read More Wailing and Gnashing of Teeth in the Gold Market

The past two trading weeks in the gold market has been rather dramatic: a sharp decline followed by a sharp rally and then a recent test of the lows. The end result - quite a bit of wailing and gnashing of teeth... Read More 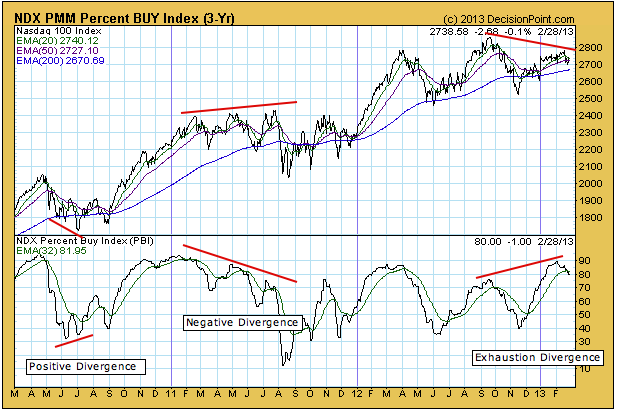 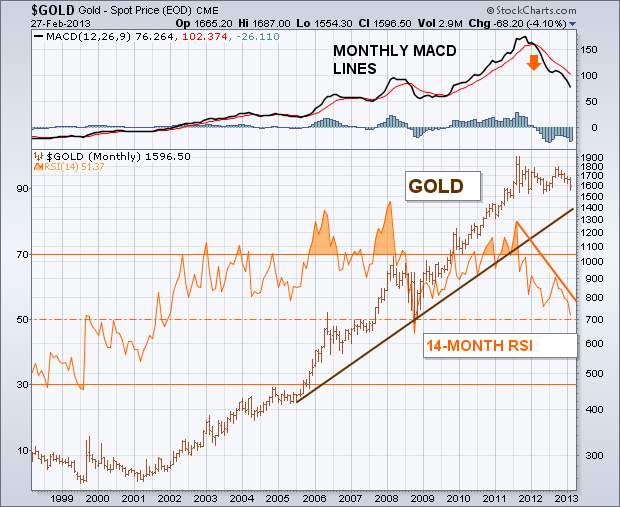 LONG-TERM INDICATORS ARE ROLLING OVER

A lot of traders and investors are waiting for the bull market in gold to resume. They may have a very long wait. That's because a lot of traditional chart, technical, and intermarket signs are now working against gold. Let's start with a long-term look... Read More

Searching for Answers in Orlando

Hello Fellow ChartWatchers! Last weekend I had a great time giving our SCU 101 seminar to a room full of people at the Dolphin Hotel in Orlando... Read More

In my last article, I laid out several arguments why it would make sense to be more cautious as you approach the stock market. I'm bullish for the balance of 2013 - at least as of now - but the short-term has definitely turned more dicey... Read More 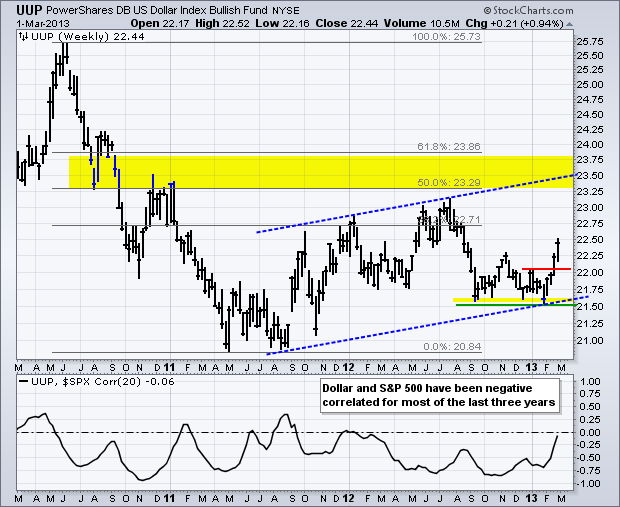 Dollar Breakout Could Foreshadow a Return to Risk-Off

The Dollar Bullish ETF (UUP) extended its advance with a break above the mid November high this week and a fresh six month high... Read More