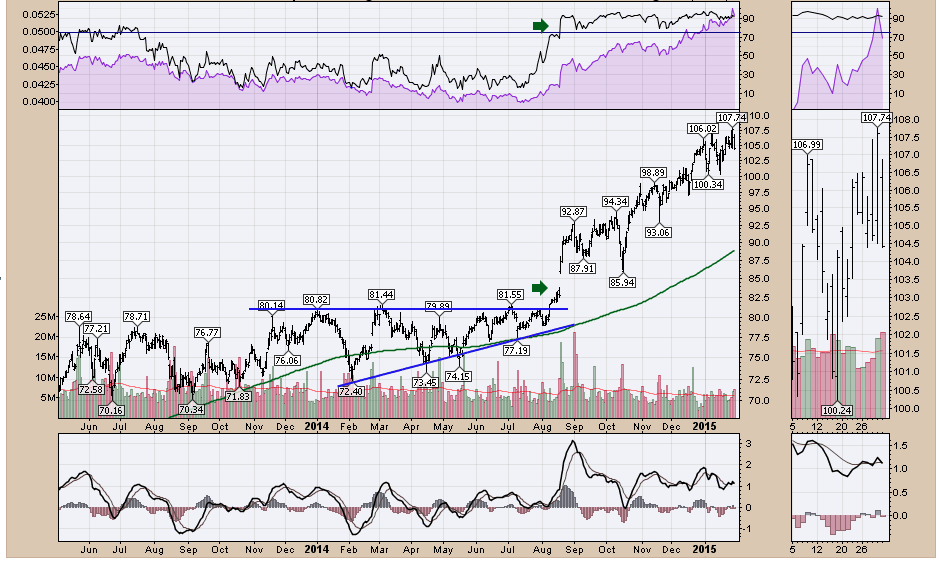 Will The Superbowl Start The Rally?

One of the nicest patterns in the technical world is a gradual firming in consolidation with an upside breakout. The hardest part about the pattern is that it wears you out while you wait for the breakout... Read More 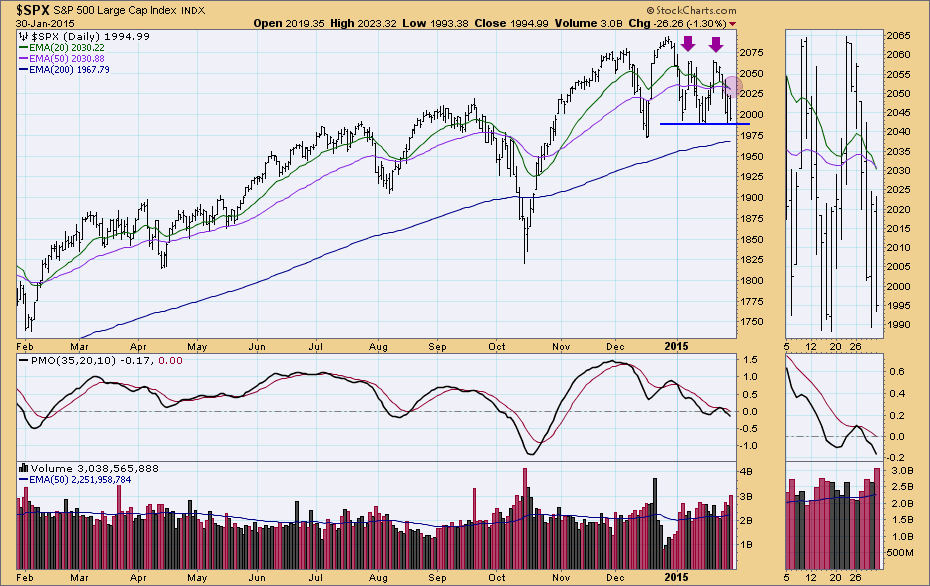 We have been watching the SPX closely in anticipation of an Intermediate-Term Trend Model Neutral signal. It is extraordinarily close to reaching that 20/50-EMA crossover as are many of the other indexes... Read More 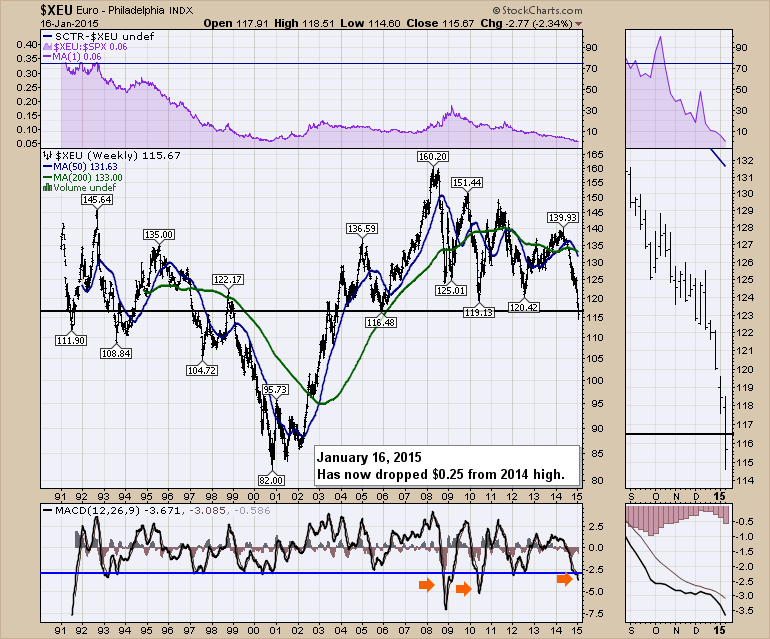 Is Europe Getting Ready To Run?

There are big expectations for Mario Draghi this week. He is supposed to announce some form of QE. There are a lot of interesting European charts but let's start with the Euro ($XEU). This week, the Euro took out the 2006 low... Read More 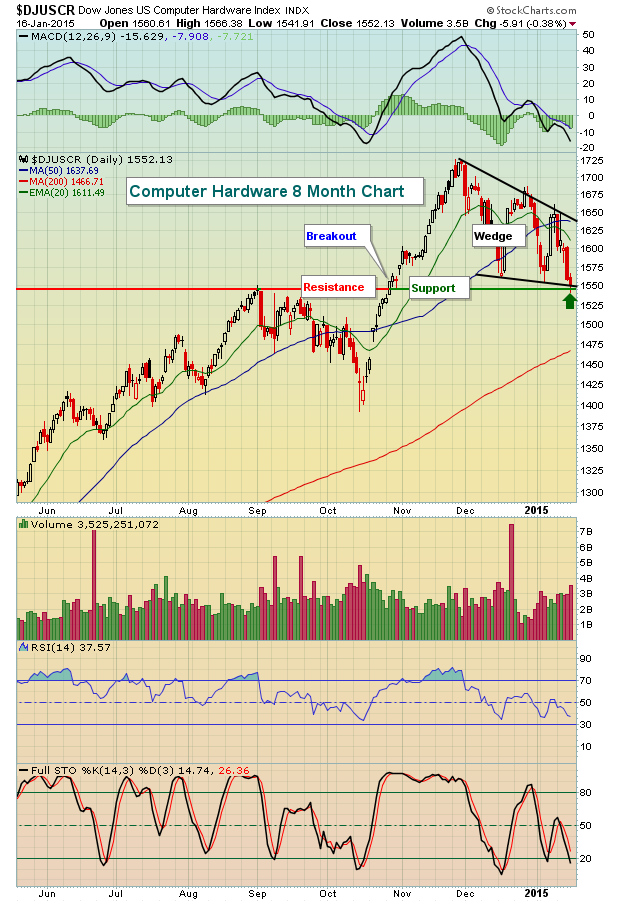 The nearly six year bull market lives on, but the bulls have been taking several body blows of late. Whether this bull market continues could depend on a couple of key industry groups within the technology space. First, let's take a look at computer hardware ($DJUSCR)... Read More 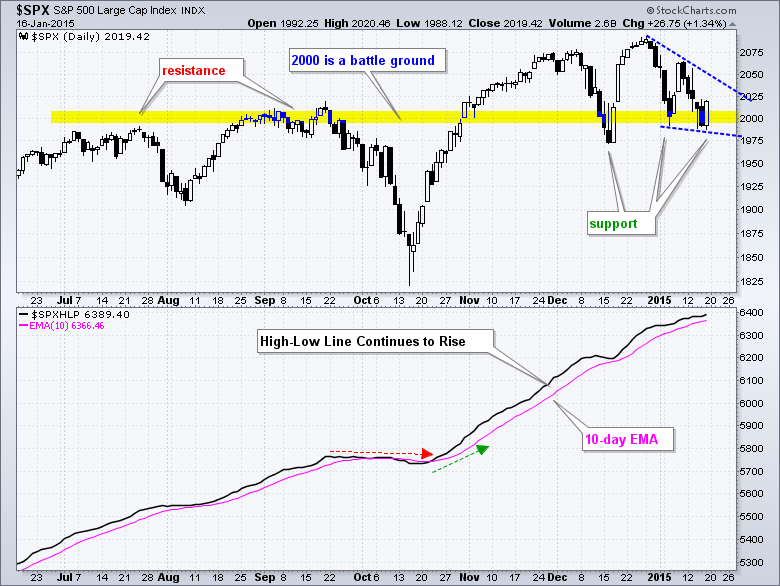 S&P 500 Does Battle with a Big Round Number

Even though big round numbers should not have any technical significance, it is hard to argue with the magnetic pull of 2000 on the S&P 500. The index first neared 2000 when it broke above 1975 in July... Read More 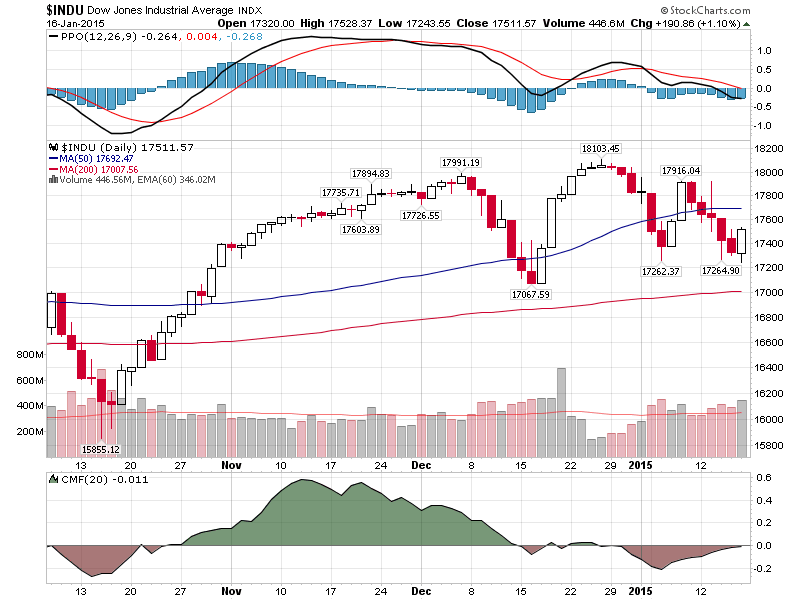 How to Attend a Live StockCharts.com Webinar

Hello Fellow ChartWatchers! TGIF! Today's big turnaround saved us from an otherwise dreadful week as the Dow bounced off of support around 17260, the low at the beginning of the year... Read More

Hello Fellow ChartWatchers! Happy 2015! All signs point to 2015 being a very interesting year for the stock market. The long-term rally that we've had since the lows of 2009 can't continue forever, can it? Regardless of your opinion on that question, remember that StockCharts... Read More 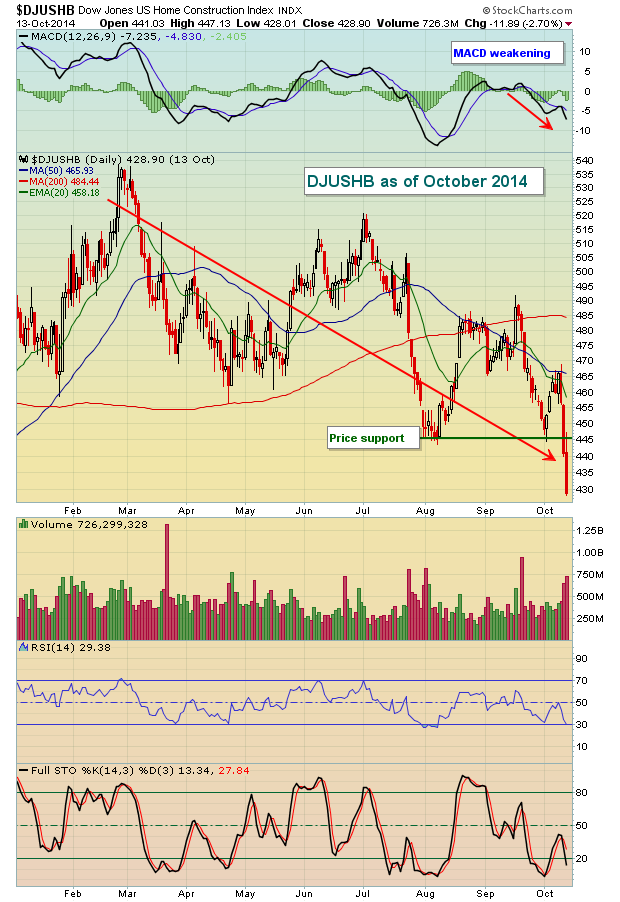 It's easy to follow the crowd and buy what keeps going higher. But generally larger gains can be found in healthy areas of the market where we've seen months of consolidation, awaiting that next breakout... Read More 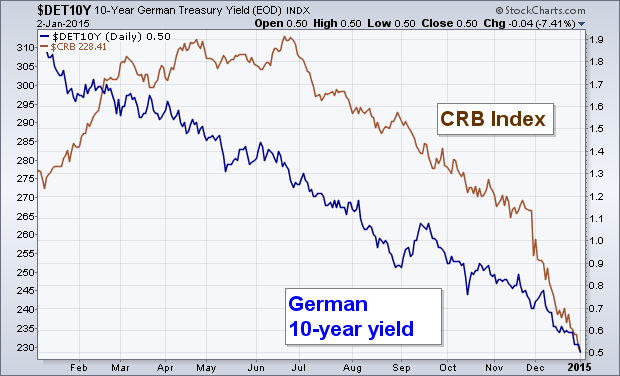 One of the biggest concerns for 2015 is the prospect for higher interest rates in the U.S. While it's true that the Fed may start to hike rates later in the year, that doesn't mean that bond yields will rise very much... Read More 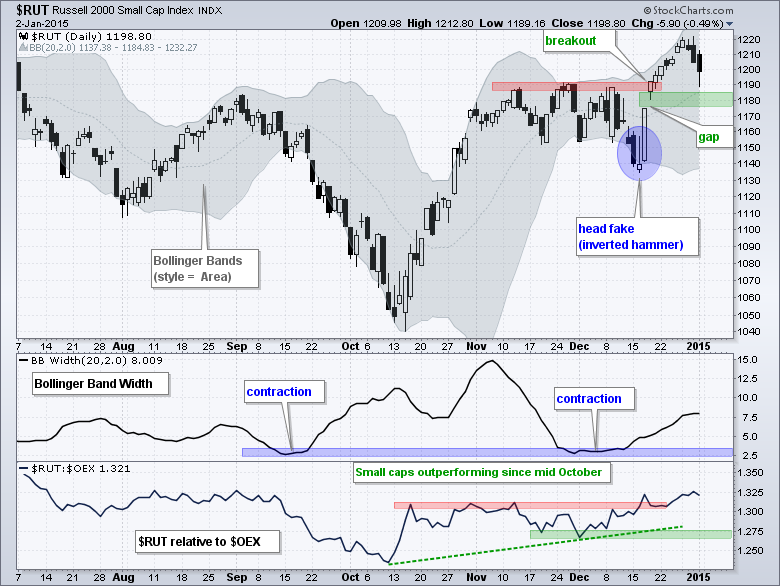 A month ago in ChartWatchers I wrote about the bullish seasonal pattern for small-caps and featured a big flag pattern on the chart for the Russell 2000 ETF... Read More 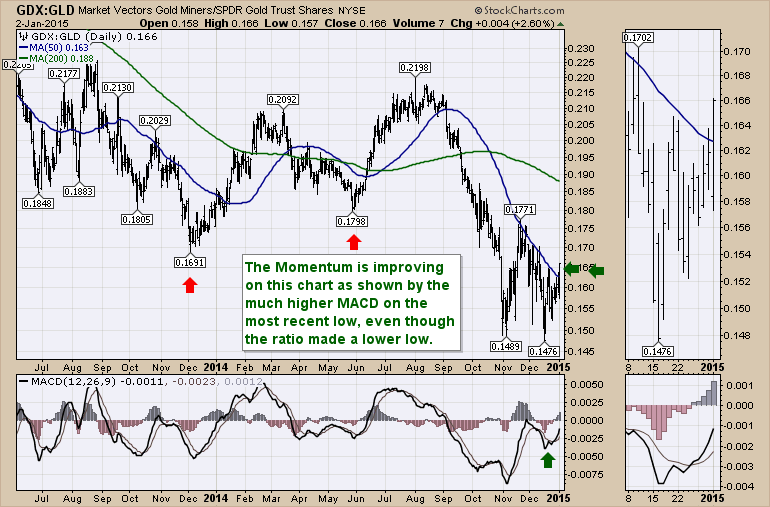 Last year, the bond market surprised us by making its low on December 31 and it went on to rally all year. Gold and the gold miners made a tradeable low December 2013 and rallied for a few months... Read More

The DecisionPoint Trend Model Picture for 2015

Now that 2014 has drawn to a close, analysts are reviewing history and hoping to prognosticate about 2015. I'd like to review some of the DecisionPoint Trend Model charts for not just the S&P 500 (SPY), but also for the dollar, gold, oil, commodities and bonds... Read More