What a wild week for Commodities and Currencies! It has been a battle for about a month and last week the entire commodity complex was under pressure as the US Dollar moved back toward 94. This week it looks like the US Dollar is rolling over at resistance which sent some commodity related stocks surging. 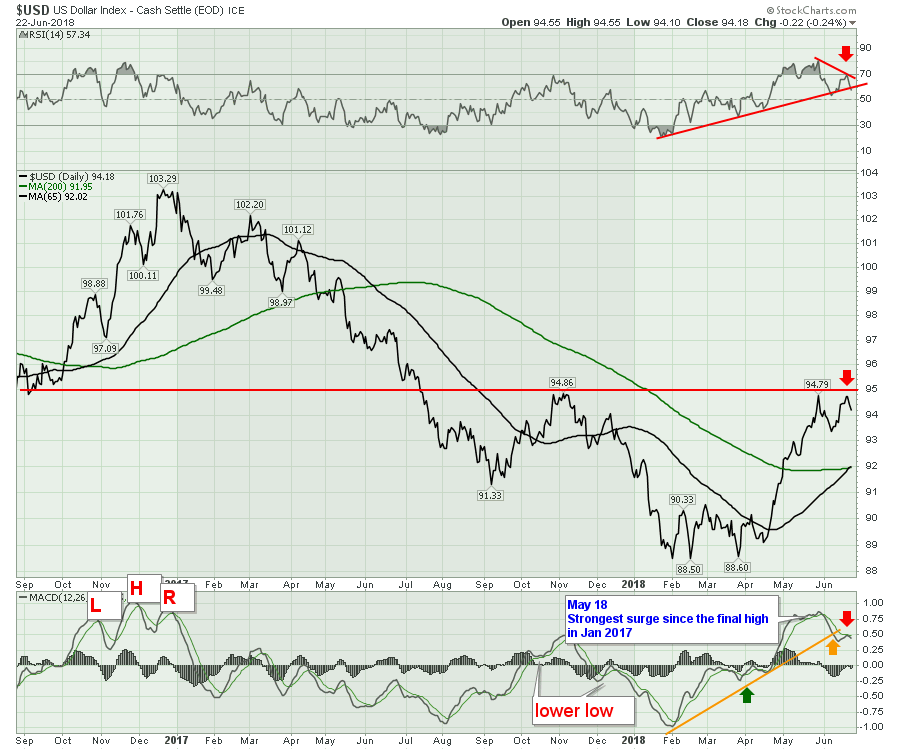 On the chart above, the divergence between the May high and the June high is critical to note. This lower high is what we would expect if this was going to retrace.

The next chart looks at the US Dollar on a weekly chart where the momentum shown on the PPO histogram has been shrinking for the last four weeks. While it still looks strong on the weekly, the daily looks more significant in terms of advancement. 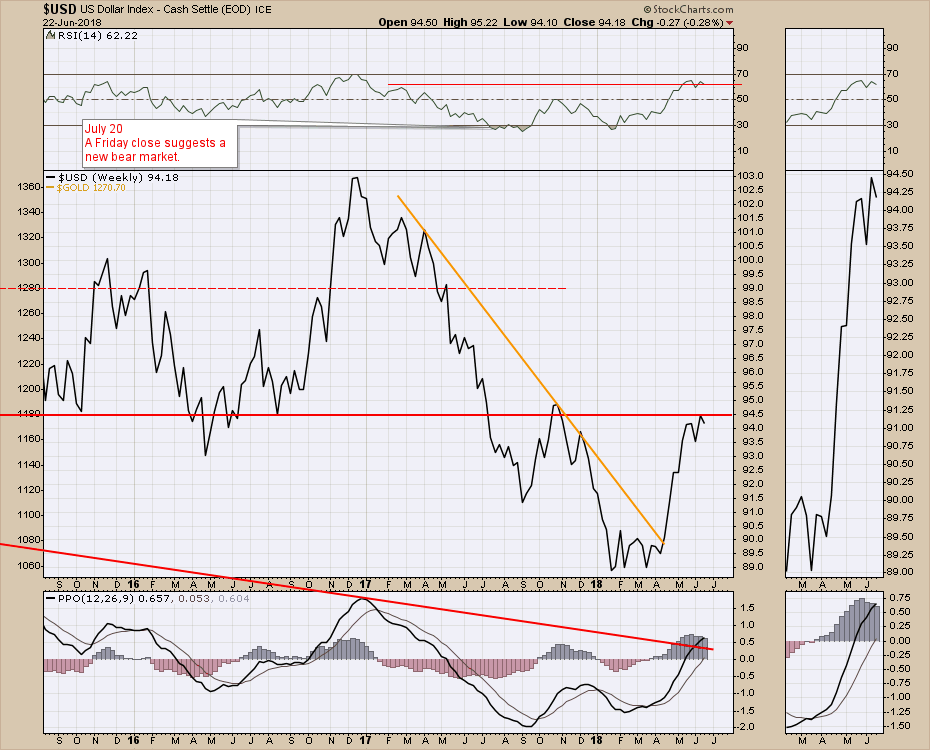 I was reviewing some other USD charts from other articles and came across this one from March 1. Interestingly, almost all of the possible scenarios showed up at some point over the next three months. 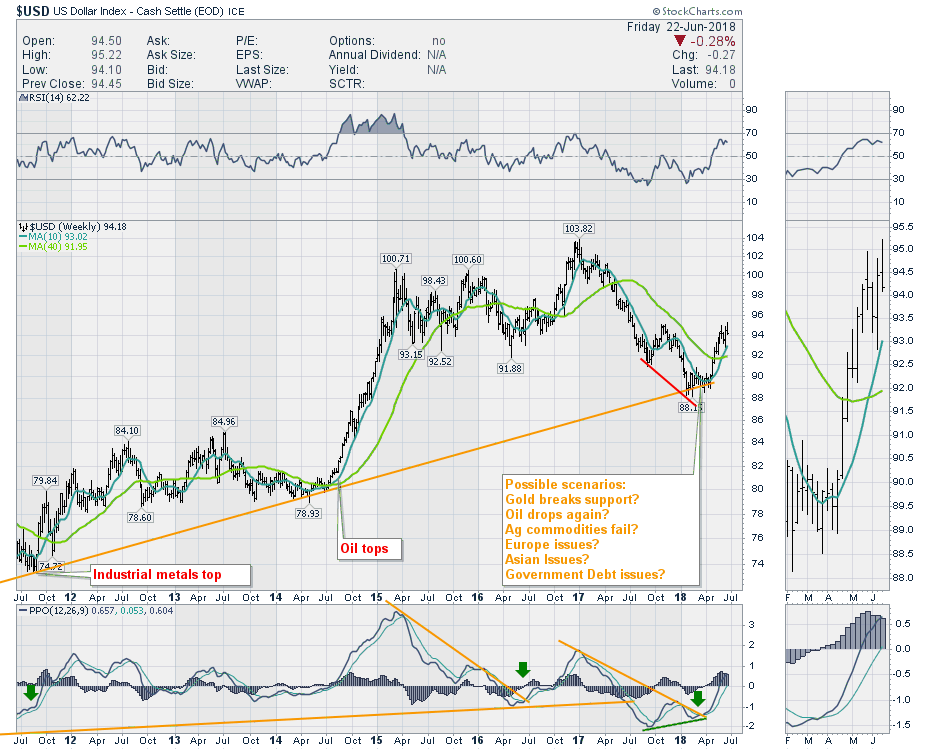 So this leads me to the other direction now. Perhaps oil stocks, gold and silver stocks could move higher. Will Agricultural commodities finally get going? I am not as hopeful on industrial commodities yet. I discuss the lousy week Copper had, the trend line the steel ETF SLX broke, the weakness in Lithium and Rare earth metal stocks, and aluminum stocks.

I think important charts to look at will be the EEM and the VEU. 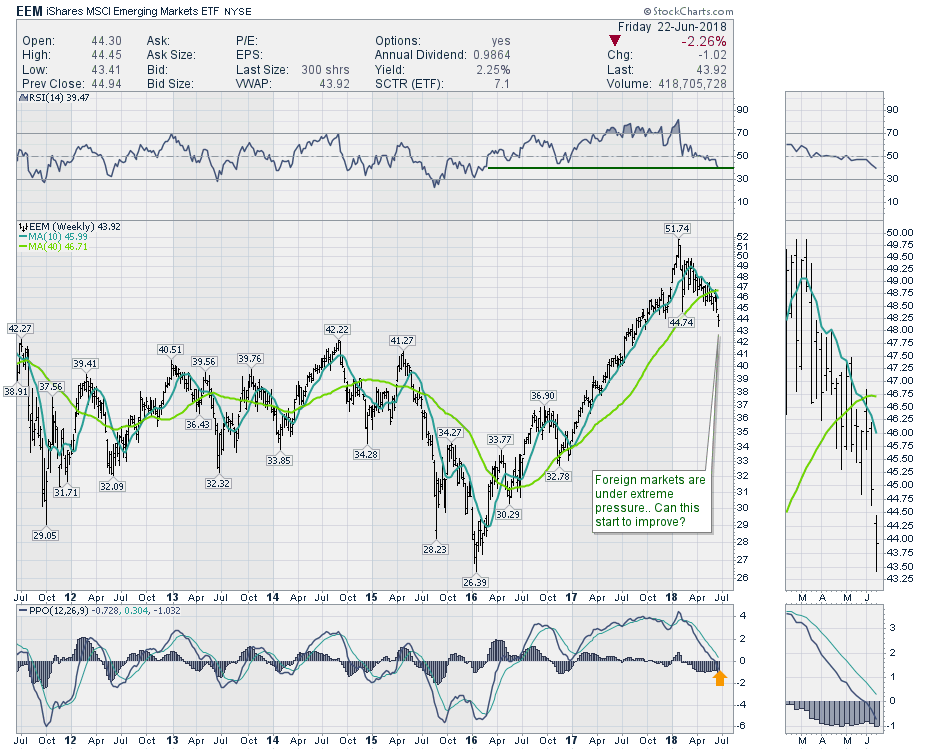 The VEU covers world markets without including the US. 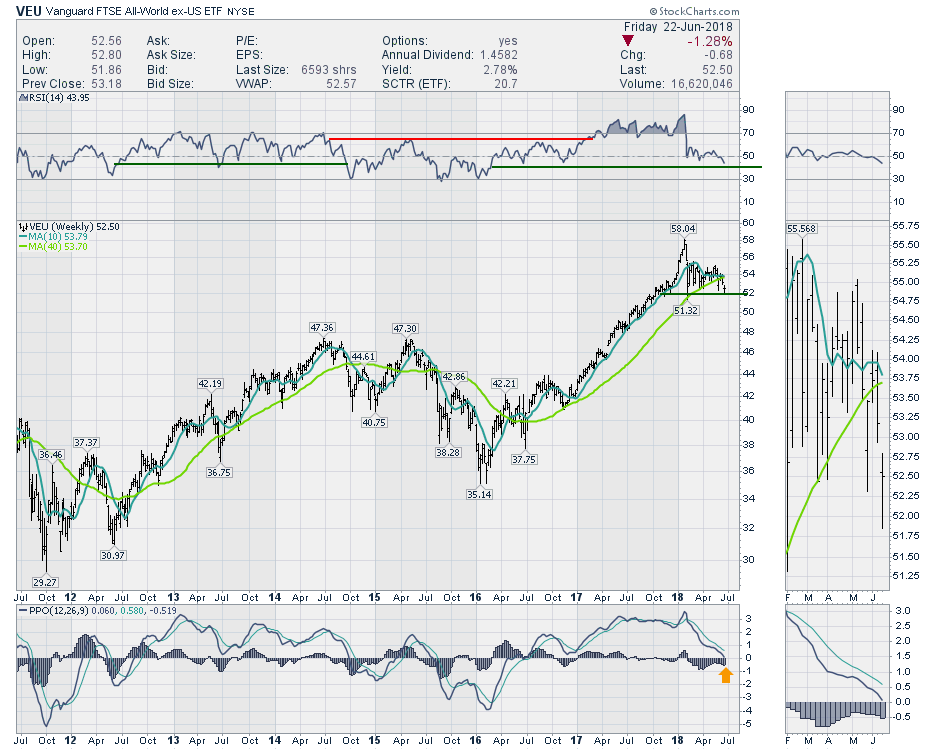 So the global expansion scenario is under significant threat. On the video I discuss how difficult it is for direction of the indexes right here, but I am leaning bullish. The US banks look like they want to rally into earnings season. The Canadian Banks are on the move as well.

One of the reasons I like to trade commodity related stocks is they can move fast and can be uncorrelated with the major indexes. An example would be the US market topped in October 2007 but oil topped in June 2008.

$WTIC put on a beautiful move higher Friday with the OPEC meeting. While most people would assume OPEC raising production is bearish, its actually a very bullish signal that the global markets are tightening. Crude moved 4.5% on the day. Crude oil is in the middle panel. 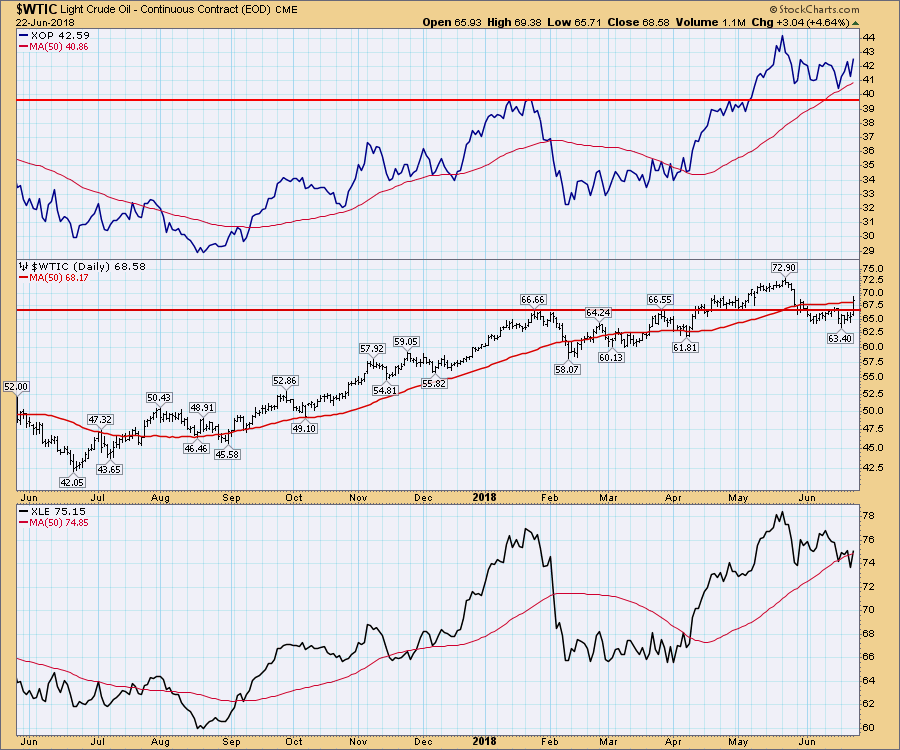 Both the XOP in the top and the XLE in the bottom also closed above the 50 DMA along with oil. That is a great place to get onboard oil related trades.

Gold stocks made a great move Friday even though Gold was moderately higher. The top panel shows gold stocks recently outperforming gold. This setup is usually a precursor to big moves. 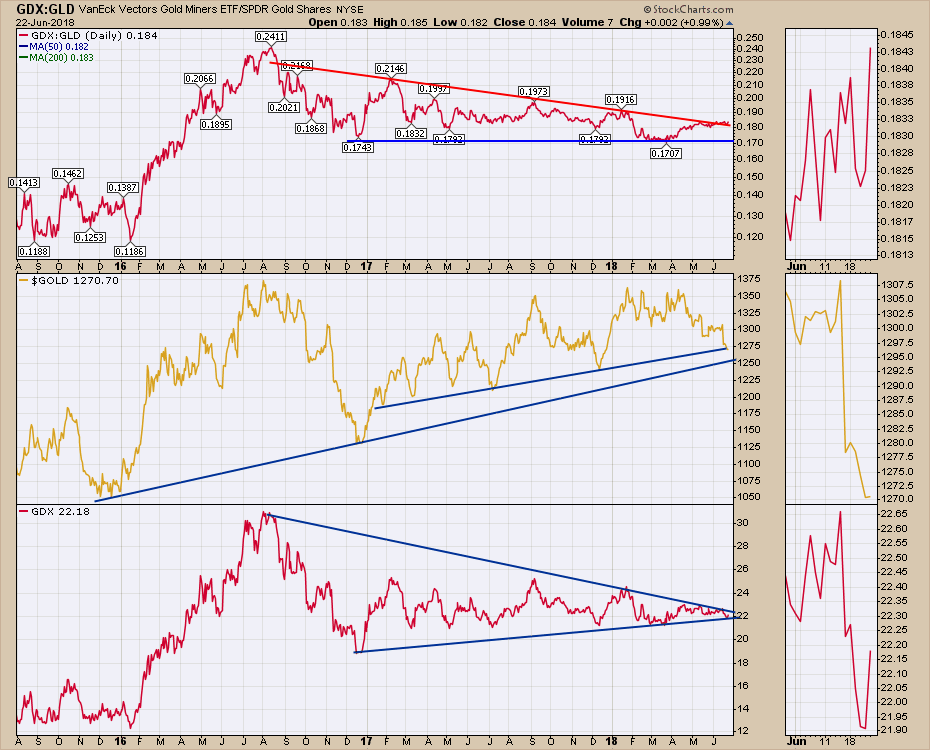 Here is the most recent Commodity Countdown Video. I focus in on the setup in Gold, silver and energy stocks. I also highlight two commodity country stock indexes that broke out and closed on fresh highs. That is bullish for commodities!

For Canadian investors, here is a copy of the most recent Canadian Technician video.