With the rest of the world doing pretty well, the North American market struggled for the week. The $SPX was up slightly but the Nasdaq and the Russell were down. The Canadian market was also lower. 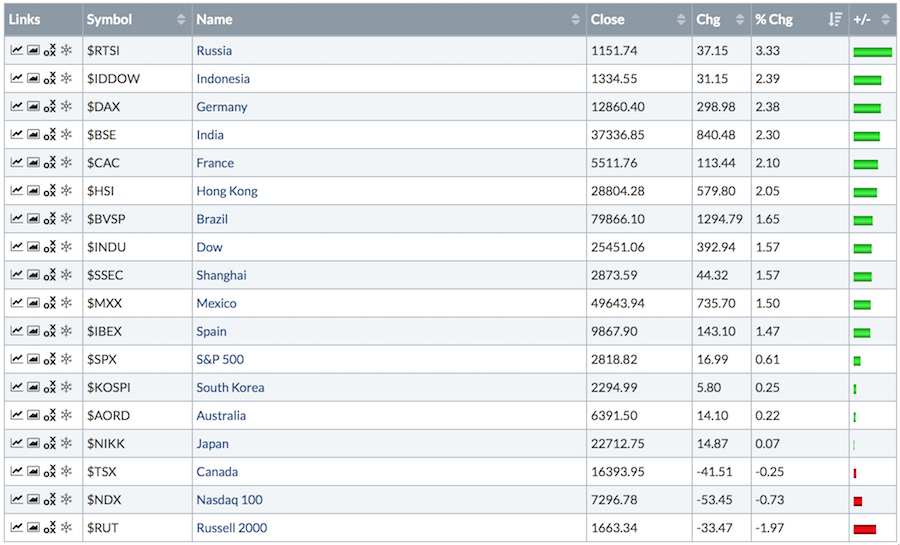 How the rest of world responds next week to the US weakness on Friday will be important. The European indexes look like they could be ready to break out to the upside.

Here is Germany. The PPO just gave a positive cross on the weekly chart right at zero. This looks like a nice setup. With a stop below the 40 week moving average currently at the 12750 level, the chart would suggest getting long here. 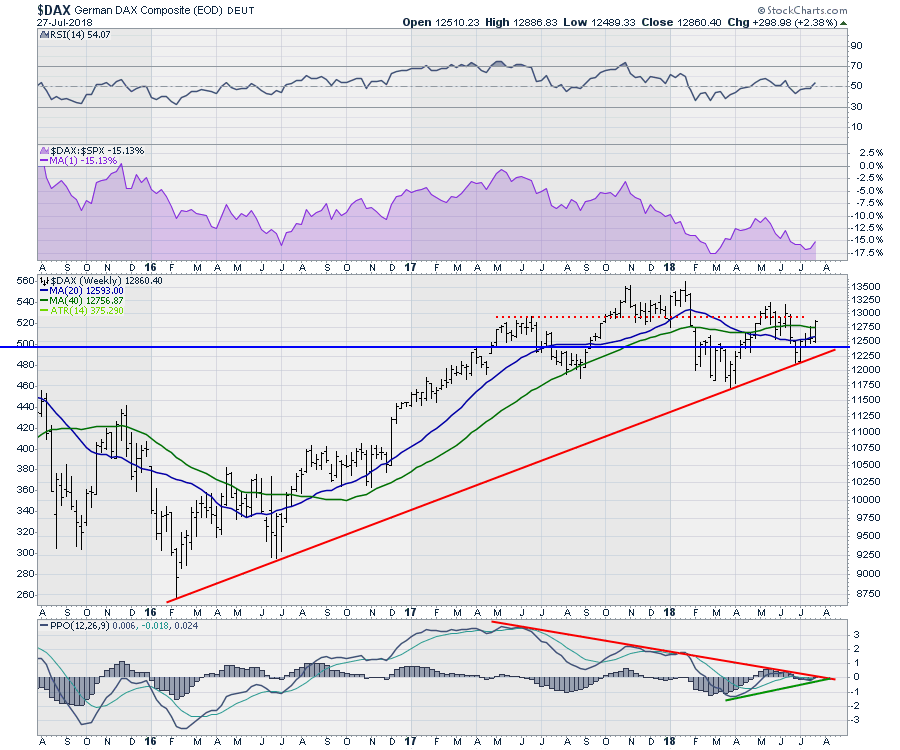 The French market isn't set up quite as nice on the PPO. It has not given a positive cross and it is not close to breaking a one-year downtrend. However, both these markets finished at the top of the weekly price bar after the announcement of Europe working with the US on improving trade relationships and lowering tariffs. 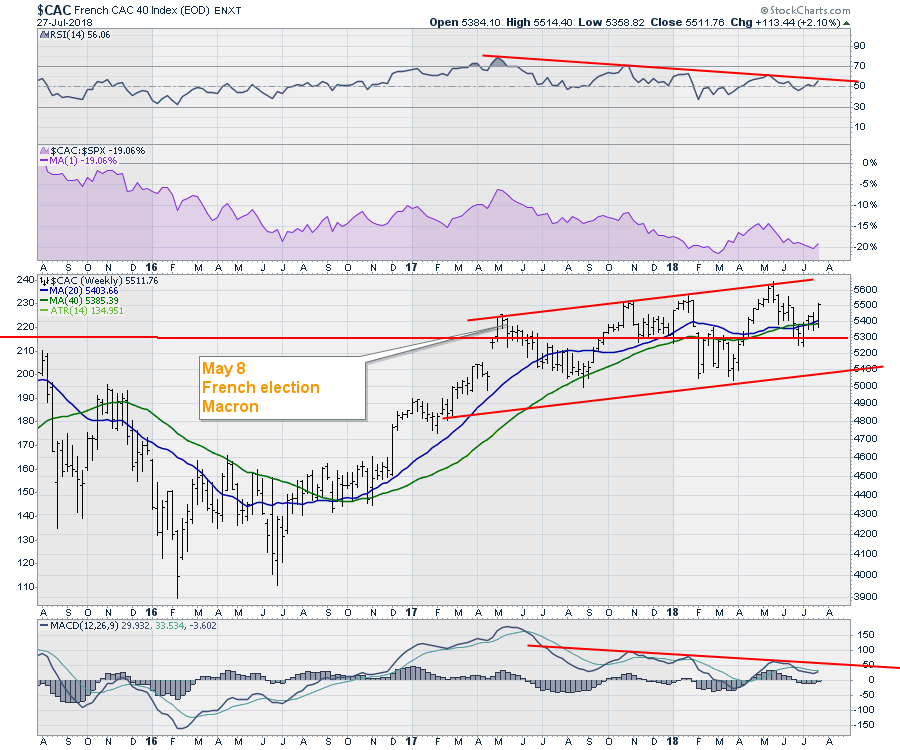 The Russell 2000 Index ($RUT) is the closest to rolling over on the PPO. We can also see the Russell 2000 stopped outperforming the $SPX on the purple area chart and has now started to underperform. 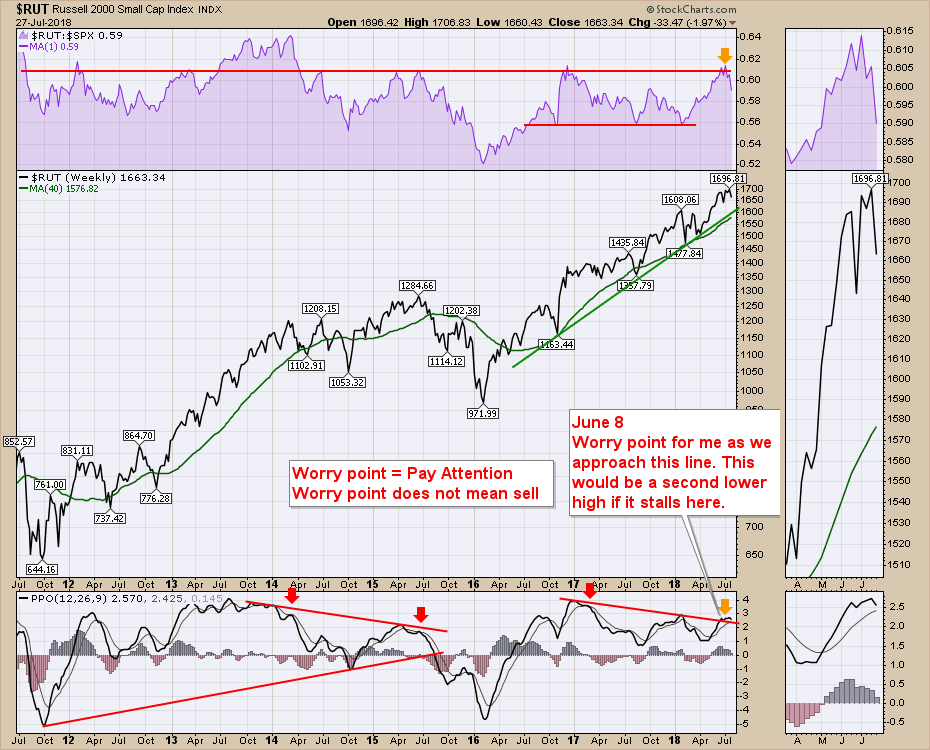 Typically, the $NDX leads. It broke the uptrend in outperforming the $SPX this week. While that is definitely not a signal to get short, it does suggest a change of leadership. 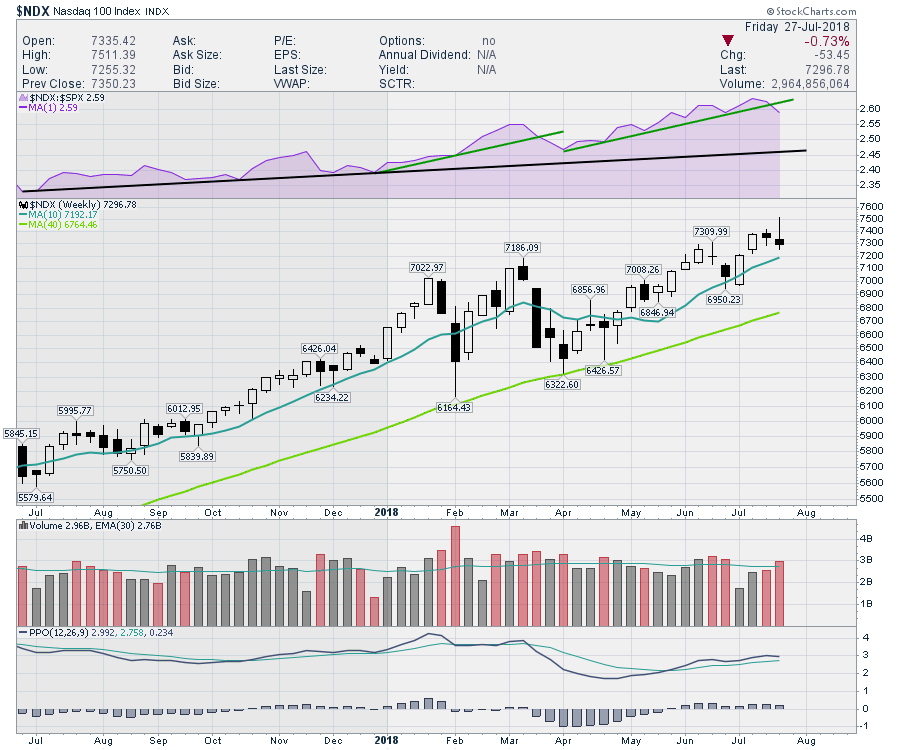 A few of my breadth indicators are right at the tipping point. The moving average of the Advance/ Decline line has gone negative to close the week. 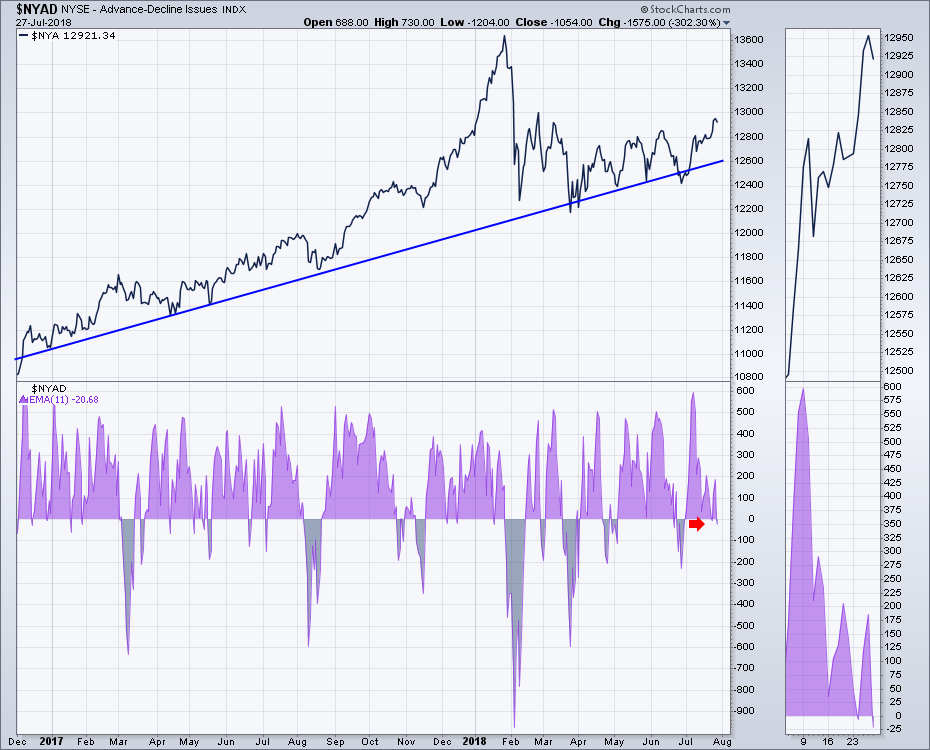 The above chart is the 11 period moving average for the $NYSE advance/decline line. The chart below is the Net New Highs for the $NYSE. While the $NYHL doesn't look any better than the May/June 2015 period, the $SPX continued to rise in June / July 2018 compared to flat in 2015. Another reason we are at a tipping point. Either the bullish thrust improves or this could fall with any drop in momentum. 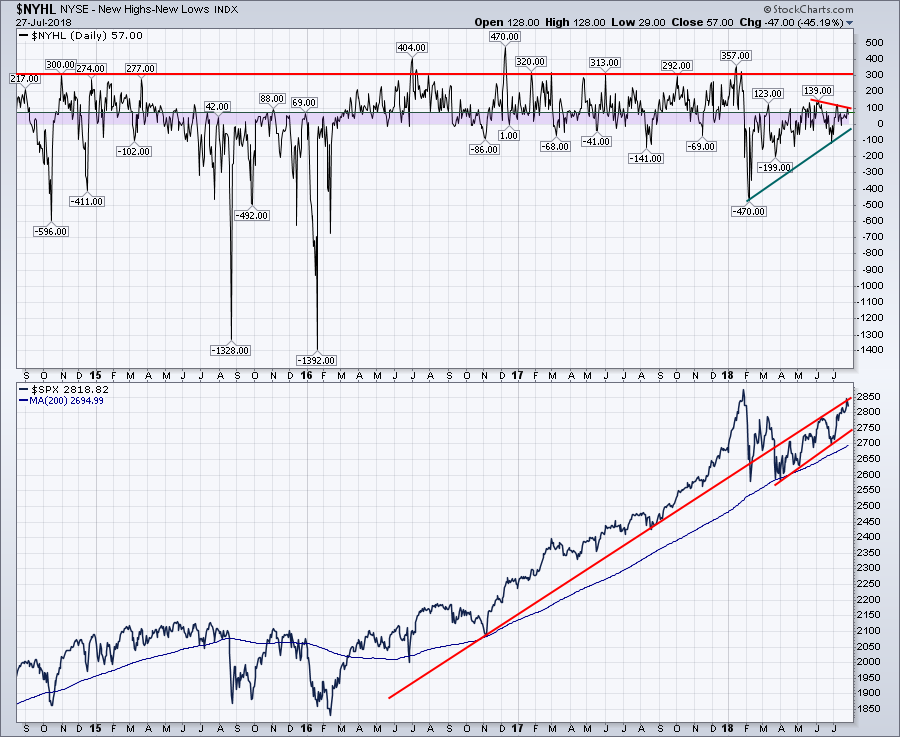 The view of Commodities improved slightly. A pickup in Steel, Aluminum, Copper, and the coal ETF (KOL) suggests something is starting to improve.  Perhaps it is the EU tariff discussion mentioned above or the Mnuchin comments from Thursday.

The final chart before I suggest checking in on the video is the Fed Meetings chart. There is a big volume acceleration going on considering we are in the summer months. While that in itself might be a clue, the fed meetings have been very close to or at major turning points for the last 4 meetings. We'll see if the fifth meeting on Wednesday in this series is any different by late Friday 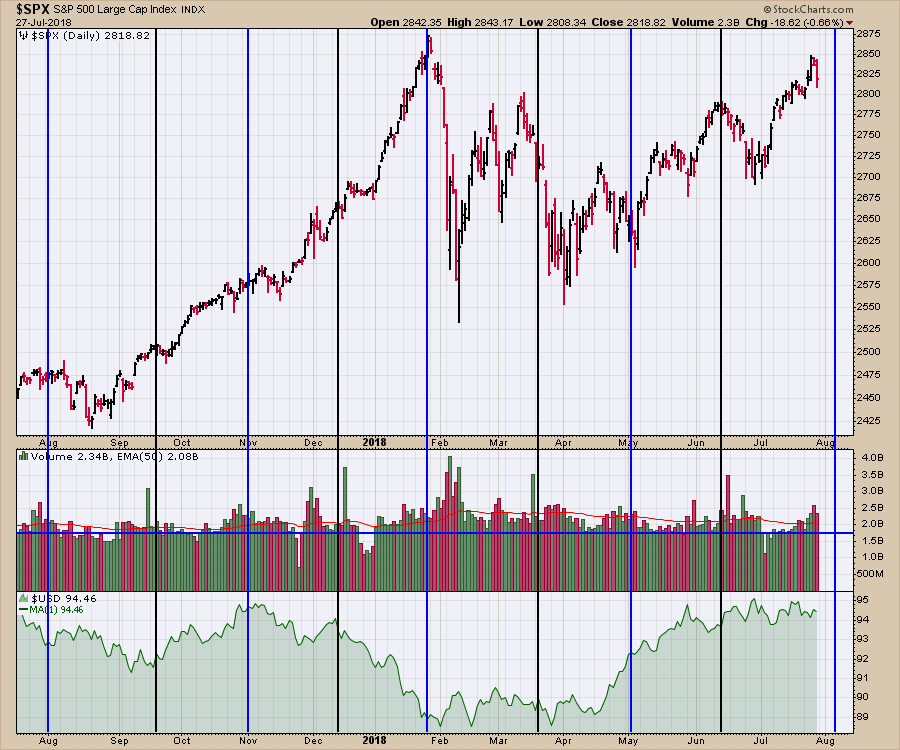 Next week will give us the monthly charts. While chart all over the world have given a momentum sell signl on monthly charts, the weeklies have remained above a sell signal for a couple of months now. The Final Bar recording for Thursday July 26th contains information on the FANG stocks after Facebook broke a record for the largest market cap collapse of $119 B.

The video also shows how to get set up for the retail seasonality of back-to-school, Thanksgiving and the holiday season.

Below is the Commodities Countdown video that walks through the concerns in the index set up right now.

The Canadian Technician video discusses a lot of the sectors and specifically reviews the technology sector stocks.