In mid-week DP Alerts, I generally only review the SPX, as it is a Scoreboard index. However, DecisionPoint signals are reported to Timer Digest based on the SPY. Yesterday, the SPY generated a Long-Term Trend Model (LTTM) BUY signal... Read More 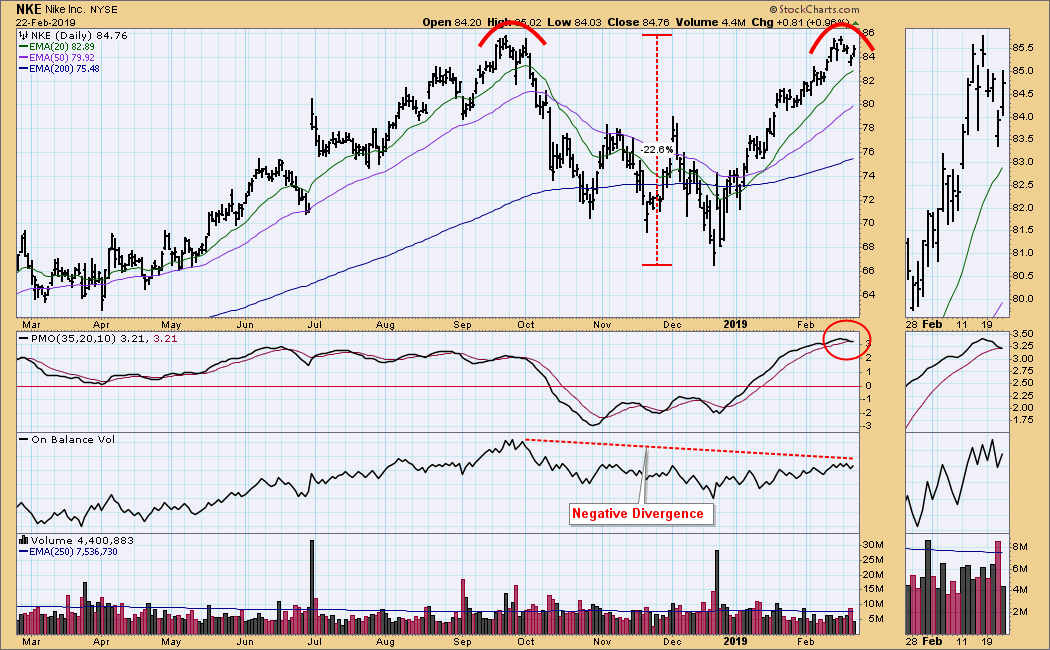 In a basketball game on Wednesday a Nike shoe literally peeled off the foot of 285-pound, 6-foot-7-inch Zion Williamson. The resulting knee injury was regrettable, but the reporting of the incident was rather amusing... Read More 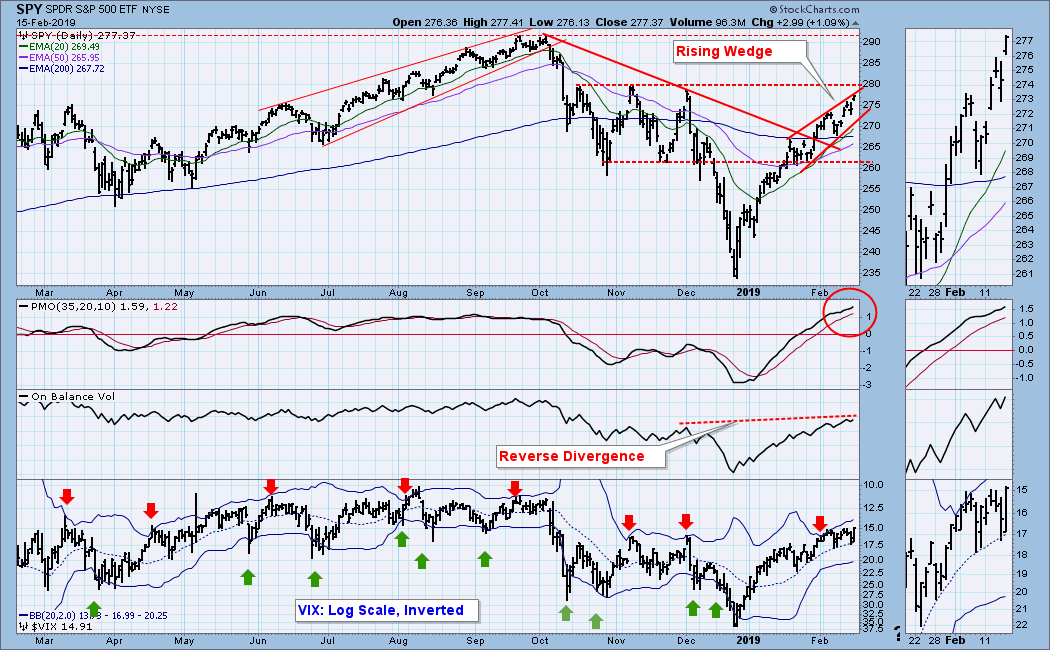 There are some indicators that have been warning of a price top for a couple of weeks, but the market just keeps powering upward. (1) There is an OBV reverse divergence, where the OBV has exceeded its December top well ahead of price... Read More

DP Alert: Bearish Rising Wedge is Back on SPX

No changes to the DecisionPoint Scoreboards today. My concern now rests on the new bearish rising wedge that has appeared on the SPX chart. Not all of the indicators are confirming the recent rally... Read More 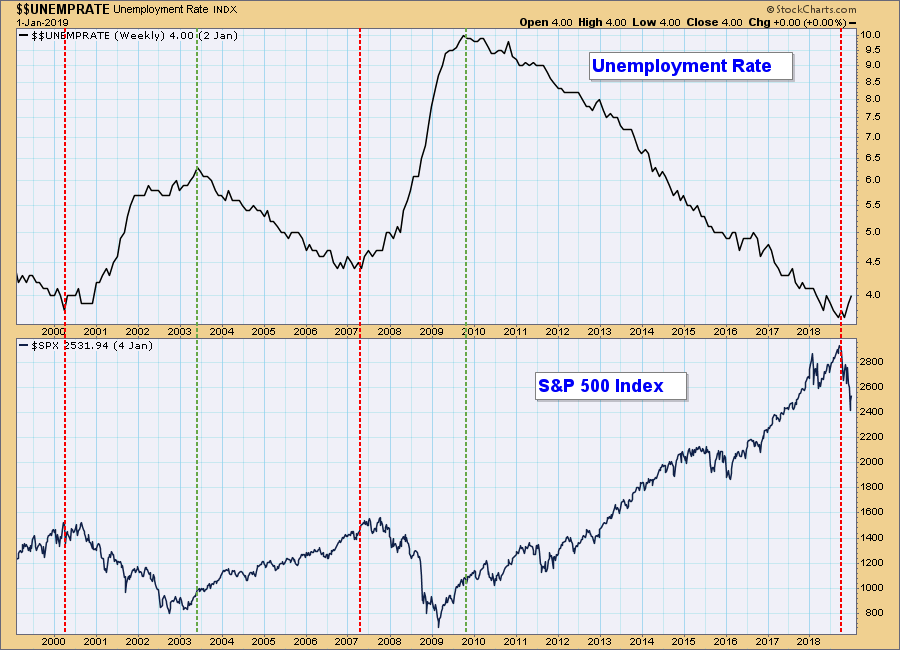 I have a theory about the market that I'm thinking of tuning up for submission to the Nobel Prize committee. It goes like this: (1) Things get better and better until they are as good as they are going get... Read More

Yesterday, I wrote about the new IT Trend Model BUY signals that are now resident on all four Scoreboards. I also noted that what used to be bearish rising wedges have become rising trend channels... Read More 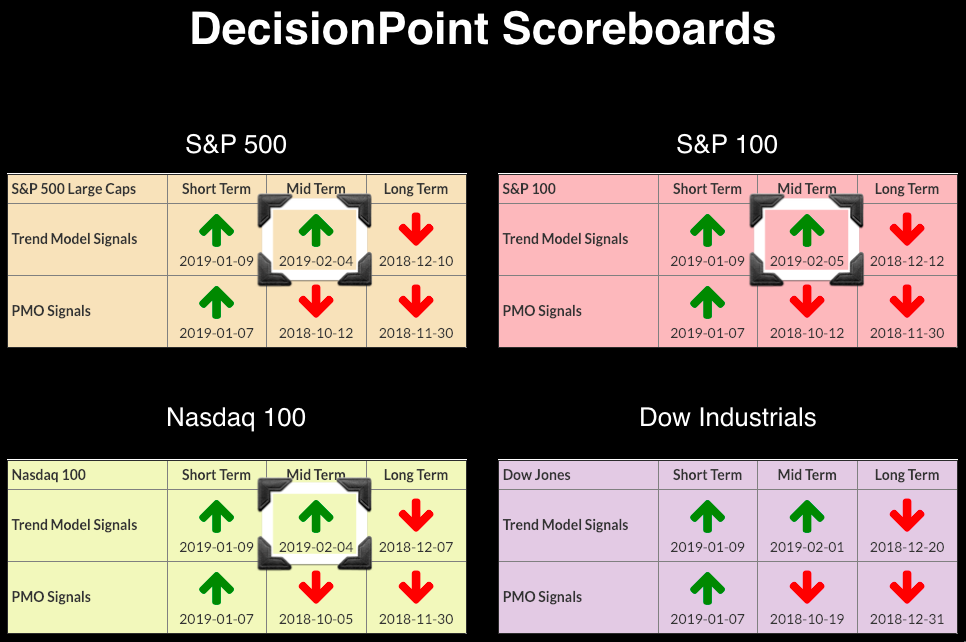 Just a quick bulletin to let you know that the SPX, OEX and NDX have triggered new IT Trend Model BUY signals. Though Dow got off to a head start, they are now all in line... Read More 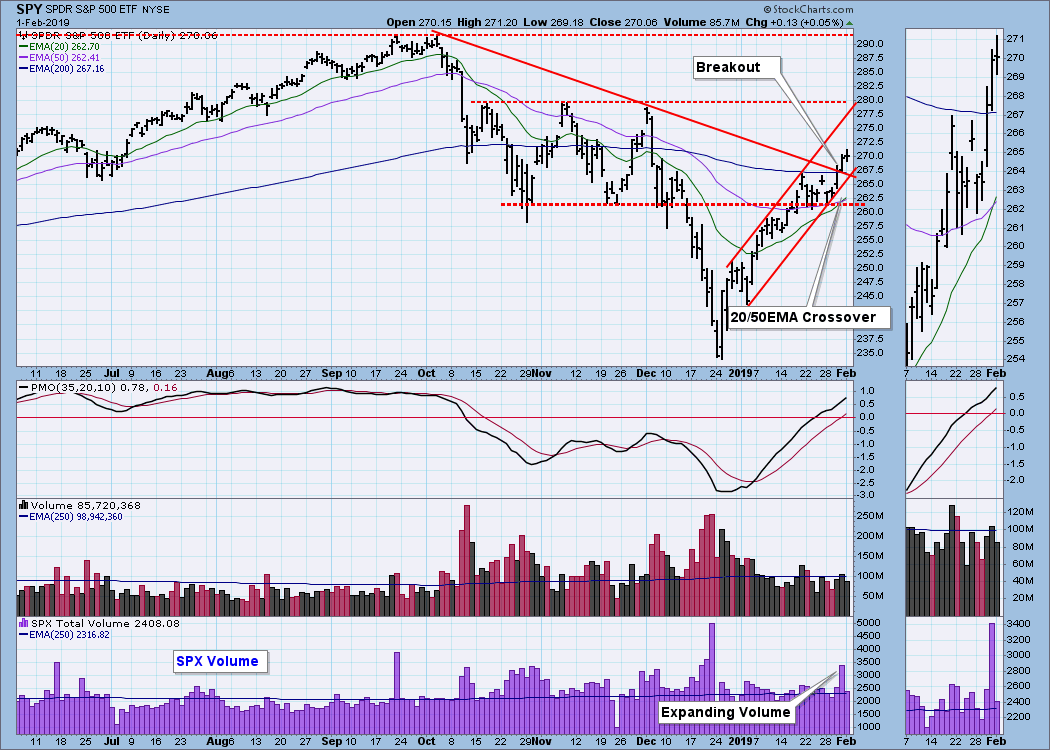 On Thursday, on expanding volume, SPY broke above the declining tops line drawn from the October Top, and at the same time it broke above the 200EMA. Then on Friday the SPY 20EMA crossed up through the 50EMA causing the IT Trend Model to change from NEUTRAL to a BUY signal... Read More