It isn’t only individuals who exhibit ‘short-termism.’ Highly capitalized institutions suffer from the same bias. Don’t let it harm YOUR performance. • As humans, we share a strange compulsion about the last few years of price action. The SEC compels mutual funds to publish their returns over meaninglessly short periods, such as 1, 3, and 5 years. Unfortunately, what’s gone up has a tendency to go down. 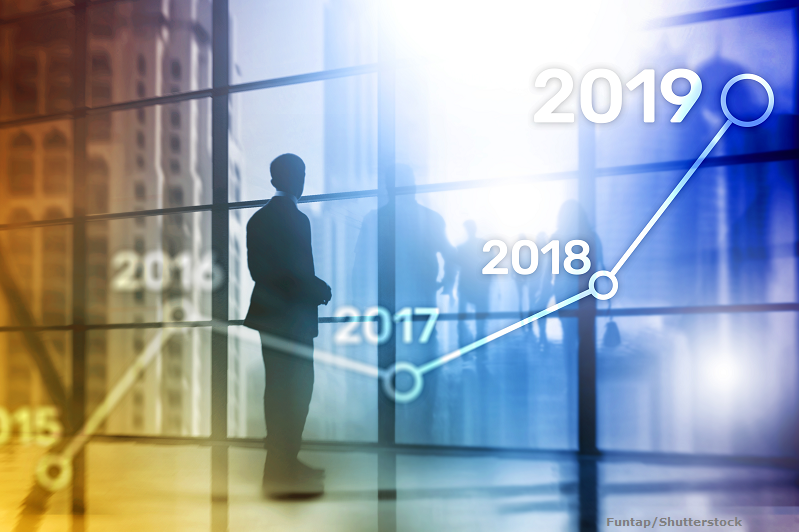 Figure 1. What’s gone up in the past three years tends to revert to subpar performance, not continue its past performance.

In Part 1, we saw what happened to individual investors who sold mutual funds that had underperformed an index in the past three years and then purchased funds with better short-term records. Surprise! The newly acquired funds did worse in the following three years than the funds that had been liquidated.

I mentioned in Part 1 that well-compensated professionals who work for financial institutions display the same performance-destroying behavior as retail investors. How can that be? How can the most sought-after experts make such boneheaded decisions?

The mistakes that are widespread in the financial-services industry are worth you not repeating. Let’s take a closer look at this — and how you can avoid falling into the same trap.

Financial executives’ short-termism — a focus on fewer years than one or more complete bear-bull market cycles — is well documented. I previously mentioned a recent white paper by SSGA (State Street Global Advisers, 2016, P. 16.) In cooperation with FT Remark, an independent survey group, the researchers interviewed senior executives who have decision-making authority at 400 institutional investment firms in North America, Europe, the Middle East, and Asia. The results are shown in Figure 2.

Figure 2. In a survey of decision makers at 400 institutional investment firms worldwide, the executives said 100% of their outside money managers who underperform a benchmark for 1, 2, or 3 years are fired. Source: State Street Global Advisers, 2016.

About 40% of the executives said their firms terminate active stock-pickers who underperform their benchmarks after only a single year of evidence! In another 49% of the cases, the contractors’ heads get lopped off after two years. The remaining 11% of institutions give the outside managers the boot within a mere three years.

For institutions that employ managers who use “smart beta” methodologies — strategies that depart from the typical “cap weighted” make-up of the S&P 500 and other indexes — the itchy trigger fingers are even worse. About 80% of the executives said such outside managers were sent down the trap door after only one year of underperforming a benchmark.

This knee-jerk reaction flies in the face of the long-term nature of non-cap-weighted schemes. As SSGA comments in its paper, “This [short-termism] is at odds with evidence that smart beta factors tend to require longer investment cycles.”

The negative effect on performance is appalling. Two researchers studied the firing and hiring of outside money managers by 3,400 large financial institutions. These investment groups tended to terminate outside managers who had underperformed over the past three years. The rejected managers were replaced by others who’d soared in the same past period. (Goyal and Wahal, 2008.)

In a case that’s become known as “the fired beat the hired,” the terminated money managers went on to beat the newly contracted managers in the following three years by a full percentage point! See Figure 3. 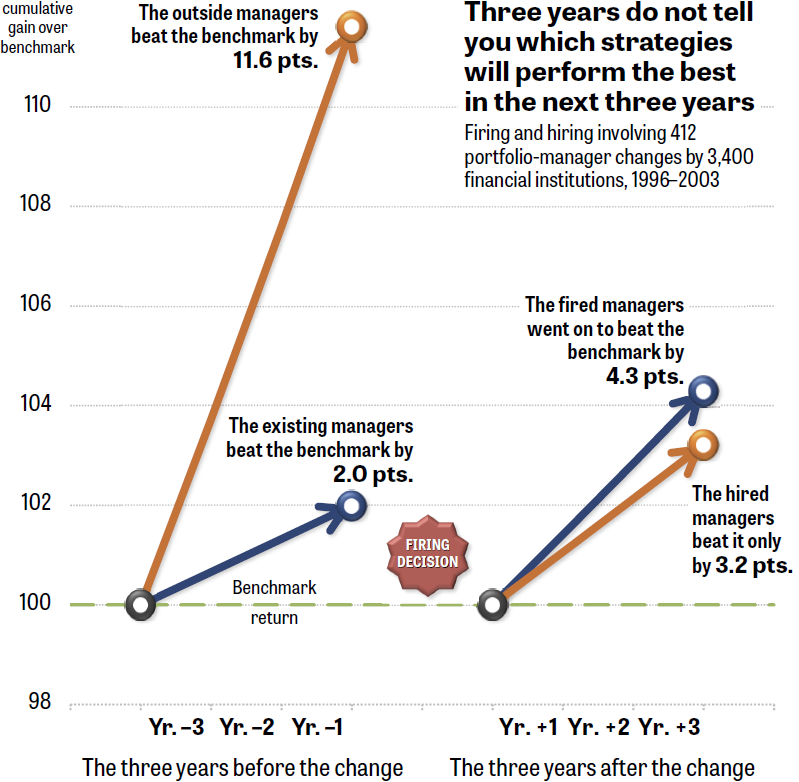 Figure 3. Virtually all major financial institutions get rid of outside money managers who underperform over a three-year period or less. But the fired analysts go on to beat the newly hired replacements over the following three years. Source: Goyal and Wahal, 2008.

We humans have a very strong habit called “recency bias.” We feel certain — without really being conscious of our thinking — that what has happened mostly recently will continue to happen.

Such biases were documented years ago in ground-breaking research on behavioral finance, such as “Judgment under Uncertainty,” a paper in the journal Science by Amos Tversky and Daniel Kahneman (Tversky and Kahneman, 1974). In 2002, Kahneman won the Nobel Prize in Economics — the first non-economist to receive that award — for debunking the conventional wisdom that we’re completely rational when investing.

Many studies since then have provided solid evidence of this foible and many others. Recency bias is included along with numerous other human financial blind spots in a concise but sweeping wrap-up by Philipe Rohner and Matthias W. Uhl (Rohner and Uhl, 2018).

What’s going on here? If the past three years just deceives us about a strategy’s future performance, why does almost everyone continue to base decisions on it?

The truth is that stocks and other securities do demonstrate short-term momentum — that is, winners over the past 3 to 12 months tend to do well in the following one month or more. But they exhibit intermediate-term reversal. In a damning study, researchers from the California Institute of Technology, California State University, and Research affiliates show that three-year reversal is a performance killer:

“Based on portfolios constructed using U.S. mutual fund data over typical three-year evaluation periods, we find that investors who chose funds with poor recent performance earned higher excess returns than those who chose funds with superior recent performance. Our findings pose a challenge for asset owners: If past performance is used at all in selecting funds, it is the best-performing funds that should be replaced. Realistically, however, a policy of replacing successful funds with poor performers is unlikely to gain widespread acceptance.” (Cornell, Hsu, and Nanigan, 2016.) [emphasis added]

If there’s a way to make more gains in the market — but almost no one is using it, because their unconscious bias prevents them from noticing — it provides a tremendous opportunity for the rest of us.

In the next part of this series, we’ll learn how to take advantage of this to make more money.