It’s well-established that computers outperform the best human players in chess, poker, Go, and other skills. The same is true in the game of investing. • We can use this fact to boost our long-term performance. Simple computer formulas outdo financial experts. Their minds and ours are clouded with ‘behavioral biases’ that economists have proved are baked into our human decision-making processes. 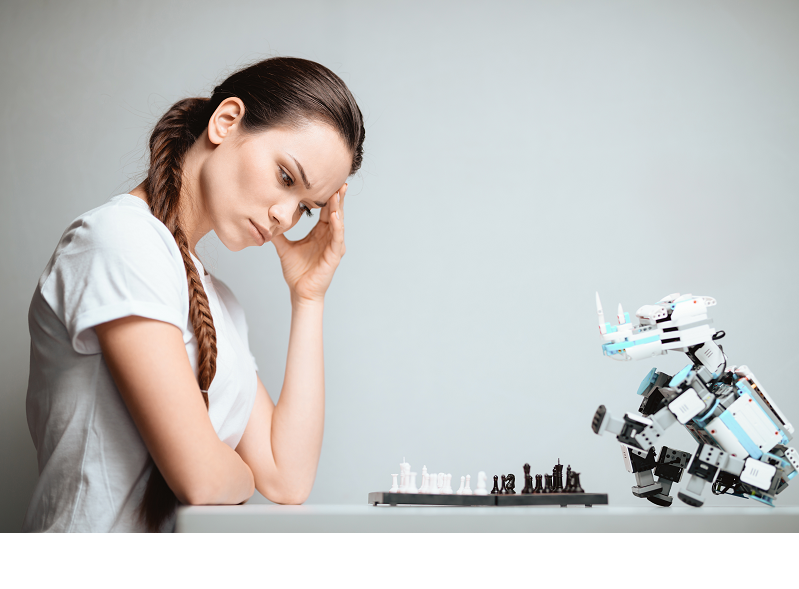 We can learn from these two facts to improve our own investing results. The field of “behavoral finance” — which has recently won the Nobel Prize in Economics for some of its pioneers — reveals that our human brains make decisions using a lot of influences other than logic. To overcome our baked-in instincts, which are very often wrong about financial data, we can use computerized models, also known as mechanical investing.

It’s widely known that the fastest computers routinely beat the greatest human champions of chess, poker, Go, and many other competitions where there are clear winners and losers. Individual investing is yet another competitive field where computers make better decisions than our fallible human brains do.

Learning to trust the formula rather than our own opinions

A new study by Nizan Packin of the City University of New York’s Baruch College shows that individual investors have heard about most mutual funds and hedge funds not beating the S&P 500. In her April 2019 white paper, Packin tested 800 volunteers in the following way:

Regardless of the dollar amount invested, the participants were more confident in the recommendations of the computer than those of the human adviser. Apparently, the repeated finding that index funds return 99% of the gain of any given market, while human advisers seriously underperform due to behavioral biases, has worked its way into the minds of most people.

To test this level of trust under stress, the subjects were then told:

Even after a very disappointing loss, the respondents still had more confidence in the computerized formula than in the human adviser. The participants apparently know that, just as in chess, a computer can compute a winning investment strategy that’s superior to the opinions of even very experienced professionals. Grandmaster Garry Kasparov learned the advantages of computers the hard way in 1997, when he became the first reigning world chess champion to lose a public exhibition series against IBM’s Deep Blue.

Using a model versus risking your money on human experts

It’s not just board games and investment strategies where computer models outperform the best-paid human professionals. A white paper by Wesley Gray — the CEO of Alpha Architect with almost $1 billion under management, and a finance professor at Drexel University’s School of Business — sums up the intellectual pursuits in which computer predictions outdo expert opinions. To name just a few:

Gray cites a meta-analysis of 136 published studies that judged the accuracy of computer models against the opinions of human experts. The results may shock you:

We can use computer models to make our investment performance better than human advisers can pull off — and far better than the typical amateur investor can manage. When you’re playing against a chess grandmaster, you want to use a computer, not your own novice guesses. And when you’re playing against the best traders in the world, you want a computer formula that has proven itself through bull markets and bear markets alike.

To be sure, computers can’t do everything. There will always be a need for a human to monitor any computerized activity. In her paper, Packin stresses the importance of a second opinion from time to time. She cites the downing of Iran Air Flight 655 by the USS Vincennes in 1988. The ship’s computer had marked the passenger plane as an F-14 fighter, despite the fact that a human observer could have recognized the much larger shape of the civilian aircraft. All 290 passengers on board the flight died.

But if your investment decisions don’t involve split-second, life-and-death decisions — the vast majority of individual investors’ portfolios do not — simple computer formulas have been shown time and again to outperform the opinions of human minds, which are subject to behavioral blind spots.

In the fourth and final part of this series, we’ll see exactly how to apply that fact to our 401(k)s, IRAs, and taxable accounts for greater long-term gains.