The Ideal Index Portfolio is intended to give you a relatively aggressive allocation to equities, evenly split between US and international stocks. • That risk-on strategy gave Ideal a slightly better four-decade performance than the S&P 500 (including dividends). But it also resulted in an estimated 43% loss during the 2007–2009 bear market, worse than many investors can or will tolerate. 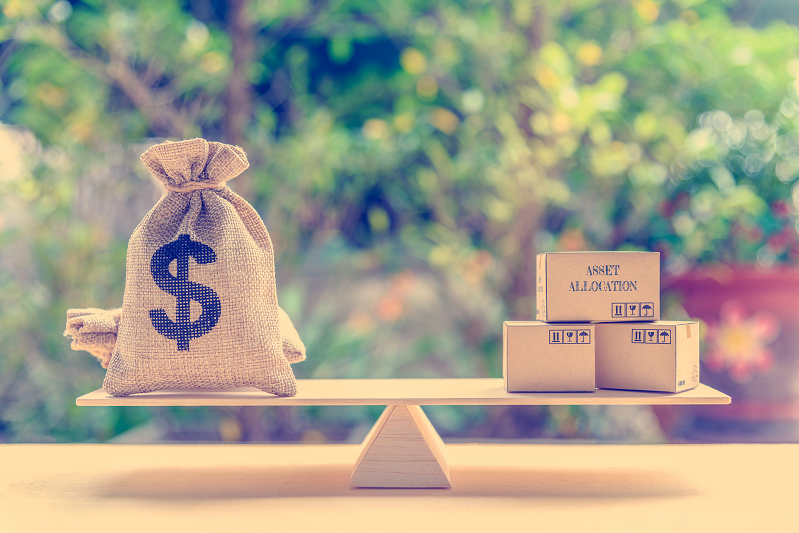 Figure 1. The Ideal Index Portfolio equally balances US stocks and non-US stocks in its static asset allocation model. The positions do not change over the years as asset classes rise and fall in price. Photo by William Potter/Shutterstock.

The Ideal Index Portfolio was described in 2002 in the book The Informed Investor by Frank Armstrong III. In 1993, he founded Investor Solutions Inc., a fee-only registered investment advisory firm based in Coconut Grove, Florida.

The equity portion of the portfolio has a larger commitment to international equities than many Lazy Portfolios, with 31% in global stocks and another 31% in US stocks. An 8% allocation to REITs makes up the remainder of the equity-like holdings. The other 30% of your money is devoted about two-thirds to US government debt and one-third to corporate investment-grade debt, all with short-term maturities (one to five years):

The 2007–2009 global financial crisis drove Ideal to a loss of 43% between month-ends, according to the Quant simulator, as shown below in Figure 2. The Quant program is available as a free bonus with a subscription to Mebane Faber’s Idea Farm Newsletter ($399 per year). 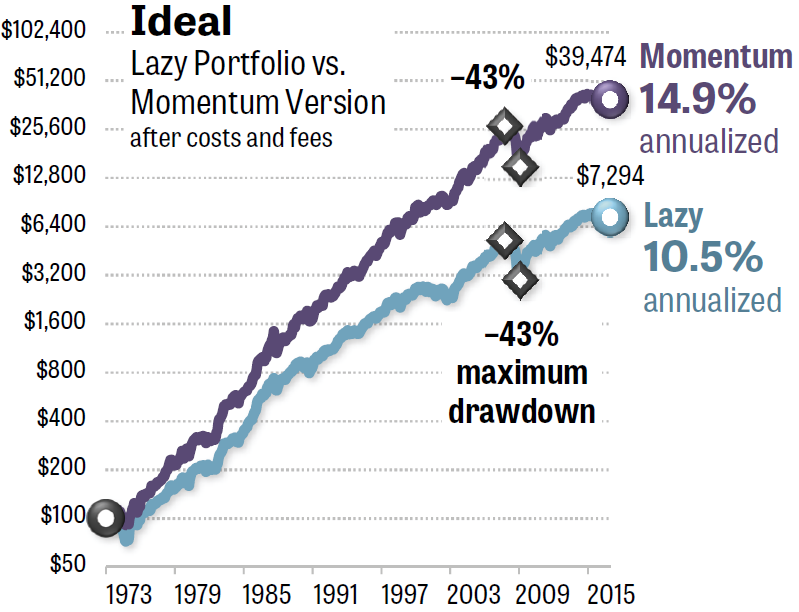 Figure 2. The Ideal Index Portfolio would have given investors 4.4 points more annualized return if followers held only the strongest three funds each month, compared with constantly holding all seven funds. Unfortunately, adding a Momentum Rule did not give the alternative version a maximum drawdown any smaller than the static version of the portfolio. Both versions fell 43% during the 2007–2009 bear market. Source: The Idea Farm’s Quant simulator.

As you can see in Figure 2, Ideal’s long-term performance greatly improves when you hold only the strongest three asset classes in any given month. The annualized return of the Lazy Portfolio version was 10.5%. That’s slightly better than the S&P 500’s annualized total return, including dividends, of 10.0% over the same period. However, by simply adding a Momentum Rule, you boost Ideal’s theoretical return to 14.9%.

Just adding a Momentum Rule, however, doesn’t improve Ideal in every way. The momentum version of Ideal would have experienced no difference in the portfolio’s losses during the 2007–2009 bear market, compared with the lazy version. This is the only Lazy Portfolio we’ll see in this series in which the addition of a Momentum Rule didn’t change a strategy’s maximum drawdown, either up or down.

The static asset allocation version lost 43% between month-ends in the 2007–2009 bear market, according to the Quant simulator. By contrast, the momentum version lost just as much: 43%. Losses of this magnitude are beyond the 25% “behavioral pain point” we discussed in Part 1. Drawdowns greater than 20% or 25% compel many investors to liquidate their equities, locking in their losses.

In an interview, I asked Armstrong for his comments on the above findings. “Every academic study that looks at factors of performance believes there is a momentum factor, but they all point out that it’s extremely difficult to capture,” he said. “At this point, I wouldn’t jump into implementing it.”