Bolting just one step onto Lazy Portfolios lifts their gains. But that isn’t all investors want. Let’s build a superior strategy that’s still simple. • The noted academics Fama & French have demonstrated that ‘factors’ exhibit predictive power. It’s about time portfolios for individual investors accept these findings and update themselves to the 21st century. 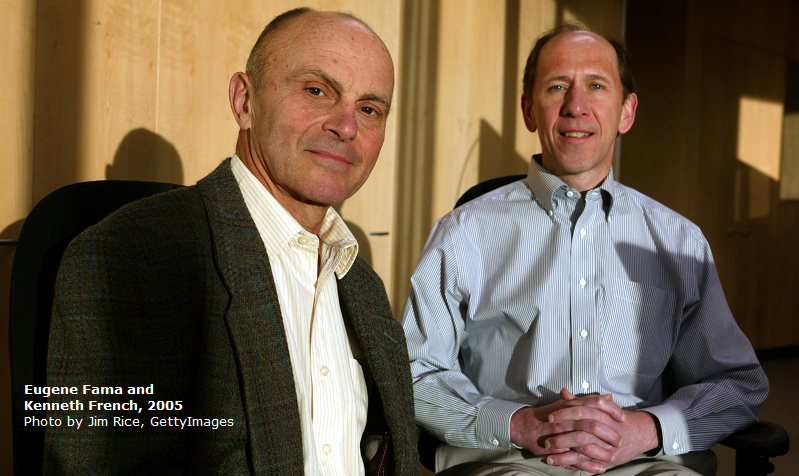 Figure 1. Eugene Fama (left) of the University of Chicago and Kenneth French of Dartmouth College published in 1992 their “three-factor model,” which evolved in 1997 into the “four-factor model.” The fourth factor, of course, is momentum.

As we saw previously, the 10 major Lazy Portfolios allocate your money into half a dozen to a dozen index funds. But Lazy Portfolios never change the percentages of the assets in response to market conditions. Adding a simple Momentum Rule — i.e., hold each month only the three index funds with the greatest relative strength over the past few months — improves every Lazy Portfolio by 3.9 to 6.6 percentage points annualized, a huge boost.

Incorporating momentum is a simple change that costs you almost nothing, other than 15 minutes of time each month to check the rankings and occasionally swap one index fund for another. But we can do much better than the “impoved” Lazy Portfolios. We can lessen our portfolios’ worst drawdowns in bear markets and tap into support from other investors who’ve followed the newer methods for years.

Ironically, all Lazy Portfolios follow a theory that even its proponents have left behind. That theory is the “three-factor model.” It was first published in a 1992 academic paper by economic professors Eugene Fama and Kenneth French. The paper showed that equities performed better if they had one or more of the following features:

Unfortunately for Lazy Portfolios, a fourth factor was almost immediately proved, which all of the authors somehow missed.

In 1993, Narasimhan Jegadeesh and Sheridan Titman, two UCLA professors demonstrated mathematically that equities with good performance over the past 3 to 12 months have a statistical tendency to continue to perform well in the next month or more.

Mark Carhart, then at the University of Southern California, integrated momentum with the older information. He published in 1997 what is now known as the “Fama-French-Carhart four-factor model.”

Fama and French have considered many alternatives since then, including proposed theories with five or six predictive elements. But as they said in a white paper as recently as 2014: “All models that do not include a momentum factor fare poorly.”

Fama won the 2013 Nobel Prize in Economics for proving that factors have predictive ability.

What Lazy Portfolios lack that we can easily fix 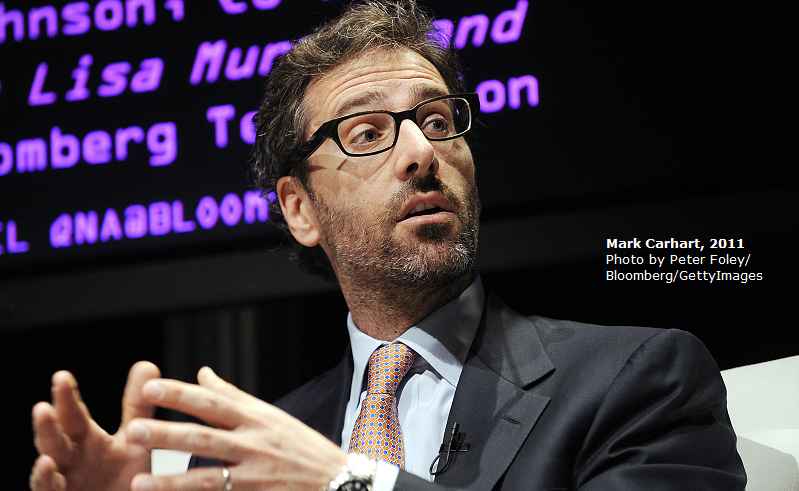 Figure 2. Mark Carhart helped create the four-factor model with the publication of his white paper in 1997.

Of course, a lot has happened since the four-factor model was announced in 1997. For one thing, the small-cap and value factors have been shown to simply disappear for decades at a time. Worse, these two traits have lost almost all of their outperformance since their publication, according to a 2016 white paper by Research Affiliates (Page 15).

However, the same RA paper showed that the momentum factor has retained more than two-thirds of its predictive ability, despite its wide publication since 1993. Momentum goes against the grain of human nature. It relatively quickly identifies strong securities that most investors won’t buy into until the price trend has become obvious to everyone (and therefore is near its end).

Another huge change since the 1990s is the emergence of index funds that track specific global market segments. Index funds, especially exchange-traded funds, are cheaper to buy and sell than most equities. Broad-based ETFs also avoid the riskiness of individual stocks. “The stocks generating the largest momentum returns are the smallest, less liquid ones having the highest trading costs,” writes portfolio manager Gary Antonacci. “Transaction costs negate much of the momentum profits of individual stocks.” You can avoid the trading friction that erodes the profit of buying individual small-cap stocks, for example, by buying small-cap ETFs instead.

It’s obvious that Lazy Portfolios don’t use the four-factor model. Therefore, they don’t take advantage of momentum. But what other qualities are Lazy Portfolios missing that we can easily correct?

The Muscular Portfolios that were shown in Part 1 of this conclusion resolve the missing aspects of Lazy Portfolios: (1) A Muscular Portfolio is designed to never lose more than 20% or 25% between statements, even during the worst market crashes. (2) The strategies were designed by Mebane Faber, co-author of The Ivy Portfolio, and Steve LeCompte, CEO of the CXO Advisory Group — both of whom have extensive websites and blogs for investors. (3) These communities have followed momentum-based systems for years, providing track records. (4) Muscular Portfolios exhibit sophisticated use of commodity and precious-metal ETFs, buying them only when those asset classes show strong momentum and are therefore likely to keep going up when equities are falling.

A website I own, MuscularPortfolios.com, computes the rankings of ETFs every 10 minutes while the New York markets are open. This provides the data investors need to support their monthly tune-ups.

There may be investing strategies that are more elaborate, but there are none I’ve found that are as simple, easy-to-follow, and profitable over the long term.

A beginning strategy for novices 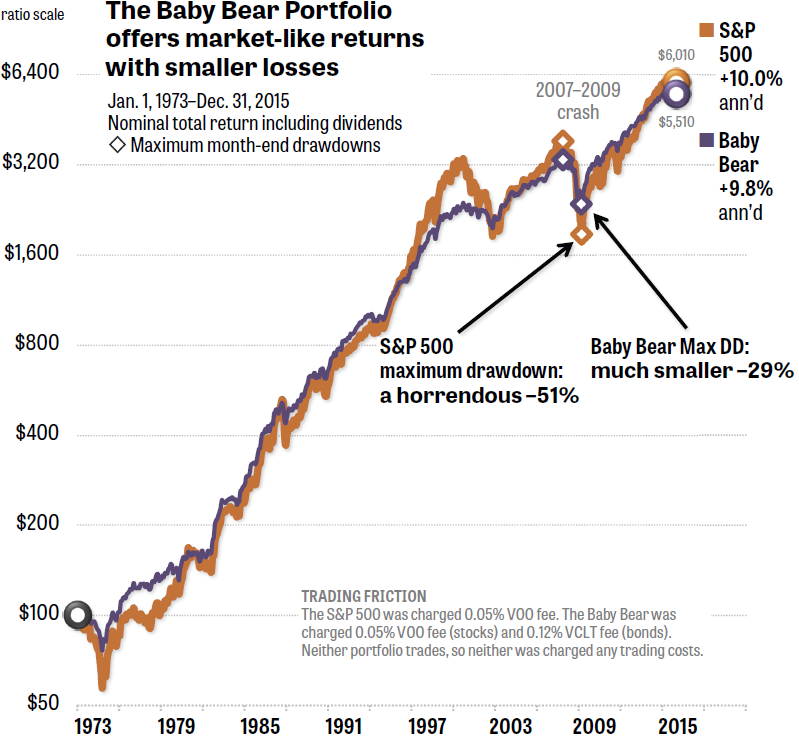 Figure 3. The Baby Bear Portfolio, based on a super-simple strategy of 50% US stocks and 50% US bonds — developed by the late Jack Bogle, founder of the Vanguard Group — provides market-like returns over the long term with only bond-like volatility when the S&P 500 is crashing. Source: Quant simulator.

Reader James H. requested that I publish a performance graph of the Baby Bear Portfolio for the same 43-year period as the two Muscular Portfolios in Part 1. The result is shown in Figure 3.

The Baby Bear is a starter portfolio for people with less than $10,000 to invest. Its 50/50 strategy was promoted for decades by the late Jack Bogle, founder of the Vanguard Group. It keeps trading costs to an absolute minimum by trading only once a year, solely to rebalance the holdings back to 50% US stocks and 50% US bonds. It isn’t a Muscular Portfolio, because it doesn’t include enough asset classes to utilize momentum. Also, the Baby Bear has lost more than 25% during S&P 500 crashes, unlike the two Muscular Portfolios.

Why do I include the Baby Bear Portfolio in my Goldilocks Investing research project? Because the 50/50 strategy illustrates the fact that simple, diversified portfolios can work better than complex, high-effort strategies. The brilliance of Bogle is that he recognized how an ultrabasic strategy can be easier to follow but returns just as much as a high-risk 100% S&P 500 portfolio. Many people assume a portfolio comprised 50% of bonds would have half the performance of the S&P 500, but that isn’t true at all. Since it loses less during bear markets, the Baby Bear actually outperformed most US college endowment funds in a recent 15-year period — a fact Bogle happily crowed about in a speech to endowment managers.

Look carefully at the graph from 1973 through 2015. A brokerage account that followed the Baby Bear strategy was ahead of the S&P 500, including dividends, in two-thirds of the months, according to the Quant simulator. The Baby Bear, like the two Muscular Portfolios, always lags the S&P 500 during bull markets, but more than compensates by greatly outperforming during bear markets. If you just stop comparing your portfolio to the S&P 500 except over complete bear-bull market cycles, you can get the growth you want without the agony of crashes.