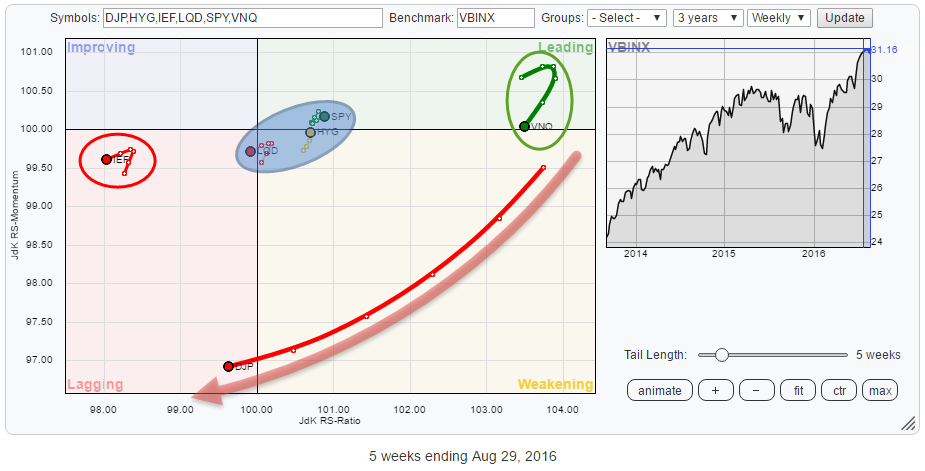 On the Relative Rotation Graph below, the rotation of various asset classes is shown against the Vanguard Balanced Index Fund (VBINX). The single one tail that immediately stands out is the one of DJP (Commodities)... Read More 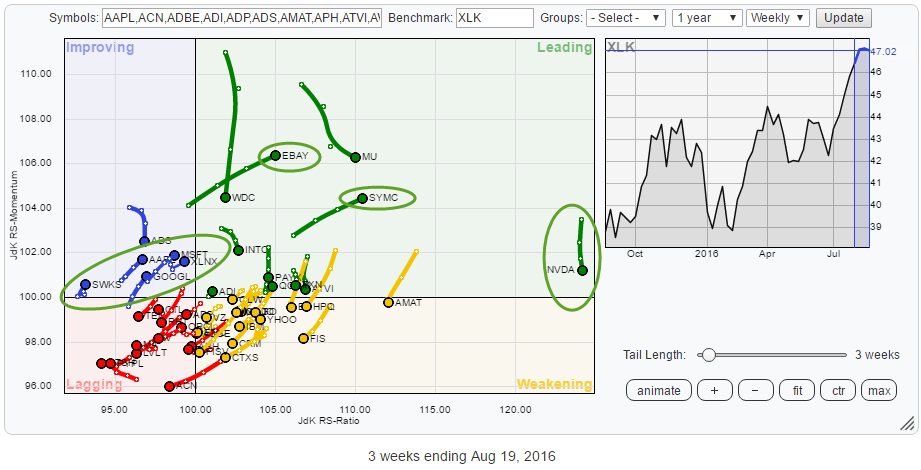 Facebook (FB) not able to keep up with XLK

The technology sector, as represented by XLK, started to show some positive sector rotation over the past month and last week managed to crossover from the improving quadrant to the leading quadrant on the weekly Relative Rotation Graph... Read More 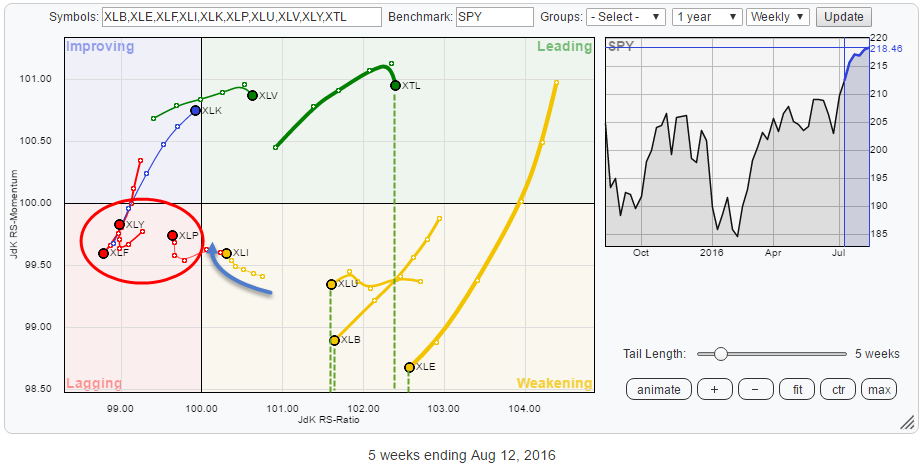 Strong rotation for Technology but SPY is still lacking fuel

To surrender or not to surrender? That's the question! After a nice run up in the S&P 500, I started to worry about its ability to push higher when resistance levels coming off previous highs started to act up... Read More 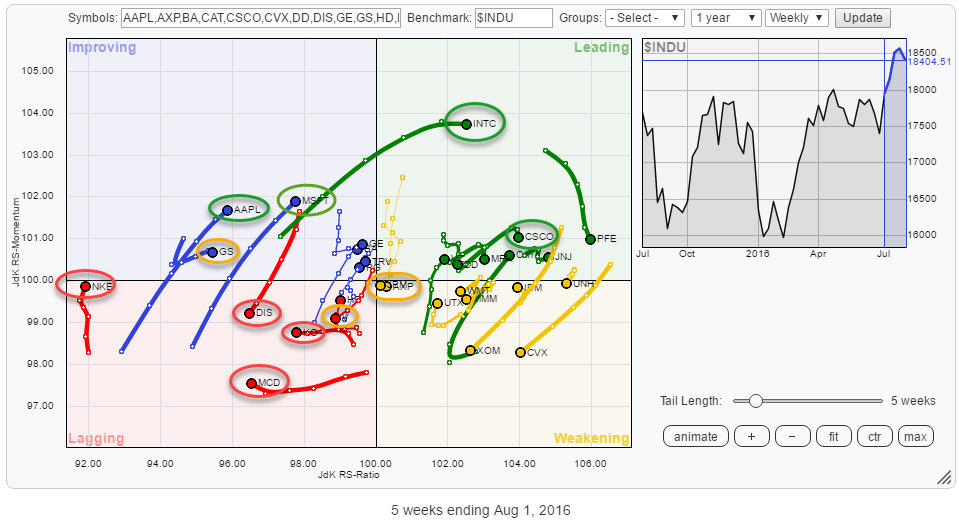 Tech stocks starting to look cool again, Financials not so much... yet!

Over the past few weeks, I have argued in some my posts that the state of sector rotation would not back a strong rise for the general market. The "defensive" sectors were simply too strong compared to the, more, cyclical sectors which are usually needed to push a market higher... Read More