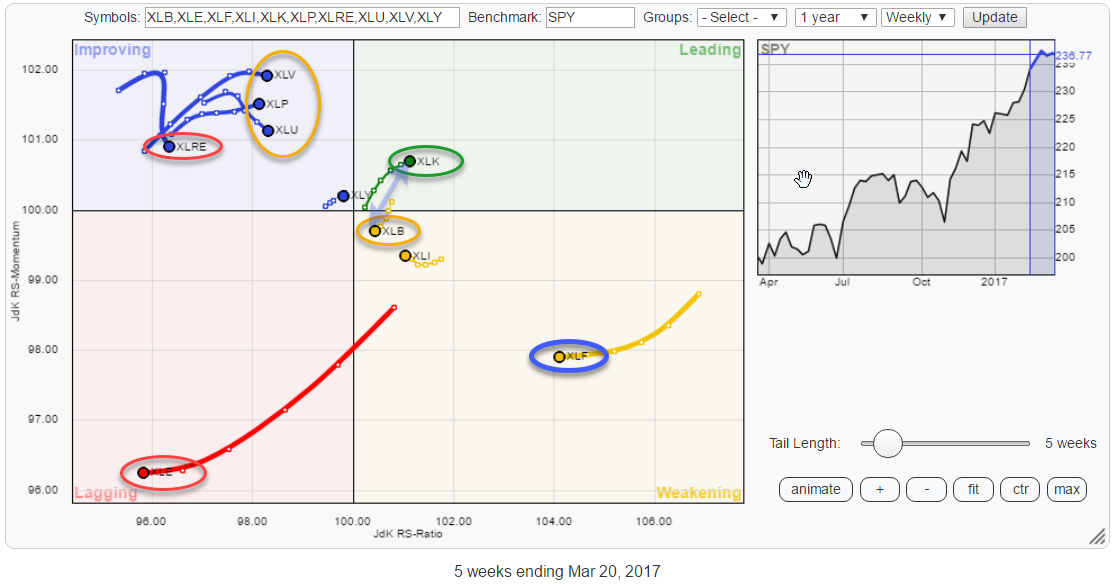 This post looks at the rotation of US sectors again. The Relative Rotation Graph above holds the ETFs that track the performance of US sectors... Read More 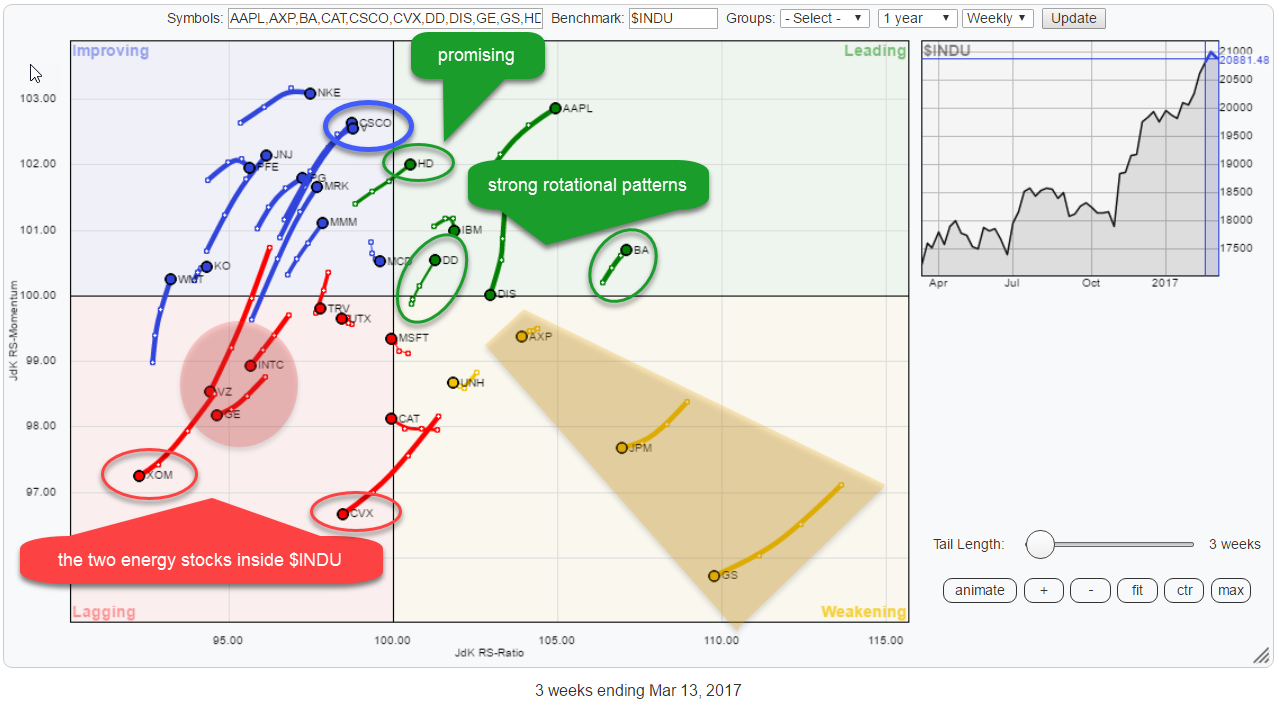 There are two Energy stocks inside $INDU.....

... And they both show very weak rotations on the Relative Rotation Graph of the DJ Industrials components. XOM rotated negatively while inside the lagging quadrant and CVX just crossed over into the lowe-left part coming from weakening... Read More 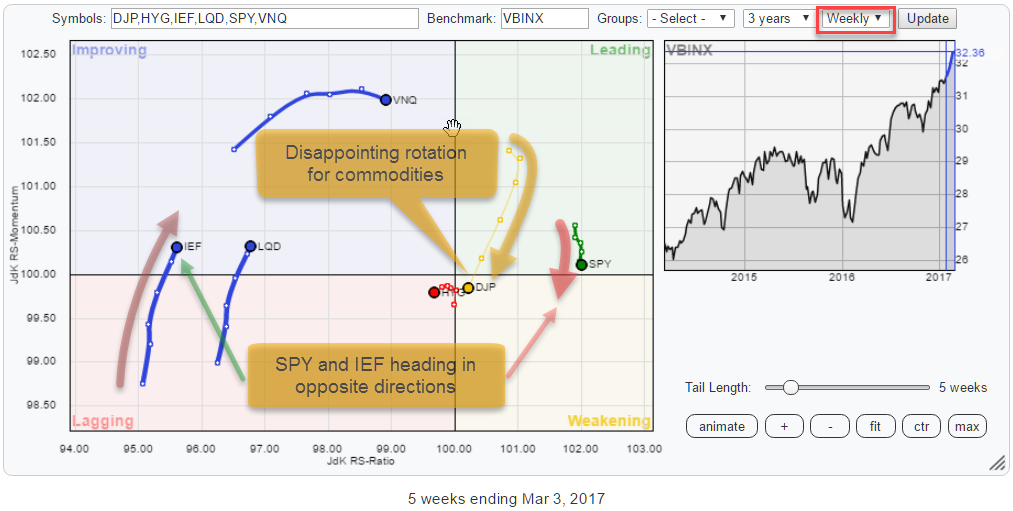 Double divergence building up in SPY:IEF ratio and commodities need another rotation through lagging.

Summary Opposite rotations for Equities and Bonds on both weekly and daily RRGs Rapid weakening of commodities over past six weeks Current positioning of SPY suggests some short-term weakness before resuming trend IEF in consolidation pattern after breaking long-term uptrend Doub... Read More