A brewing storm - is not dispatched simply because it circles awhile before striking; in fact that was the expectation this week. How so? Based primarily on everything other than what the media focused on. Not Alibaba or Apple.

For a week we talked of the storm kept at-bay simply due to high Sept. S&P 'open interest'. That's behind now; as is the IPO; the FOMC; the Quarterly Expiration and Quarterly re-balancing; now we demur from the routine. 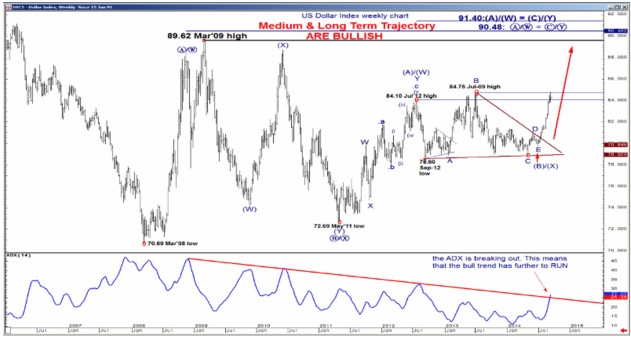 Price discovery' missing in markets; globally. A confluence of funny money schemes (or necessary counterbalancing moves) has confounded at least a majority of money managers and analysts; who reduce discussion to a non-intellectual 'trend is your friend' simplicity. Consider: Portuguese & Spanish bond rates at 10-year lows do not adequately reflect conditions for either of those fine countries; and that begs the question: who maintains low rates especially in peripheral European countries, and why? 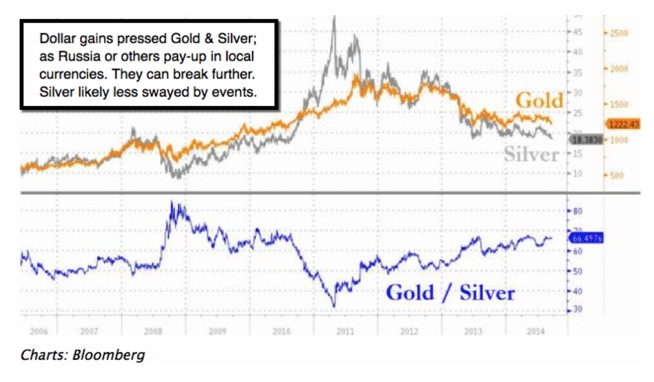 This condition has led to embarrassment for a number of fund managers; at least those whose clientele don't recognize that a small number of big-cap or the 'most-shorted' stocks are dominating the upside they've seen this year. I say it that way because the vast majority of managed accounts and funds are under-performing the Index.

Per the weekend we remain short via a sole short-sale guideline from Friday, at the E-mini / Dec. S&P 2007 level, for now.

Daily action - suspects some mechanisms of 'price discovery' are destined to return. 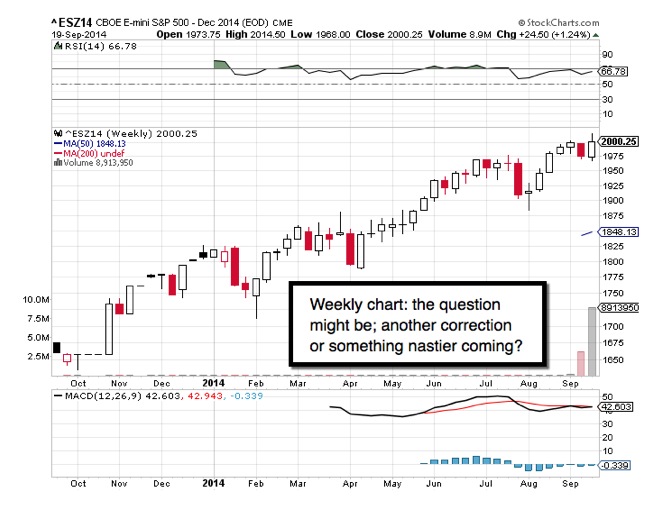 I believe the market's upside extension (expected due to high 'open interest' in Sept. S&P...).

Strength is somewhat based on misplaced belief the Fed's benign remarks reflect complacency or Fed fear of rocking markets; though there is more risk built by virtue of. 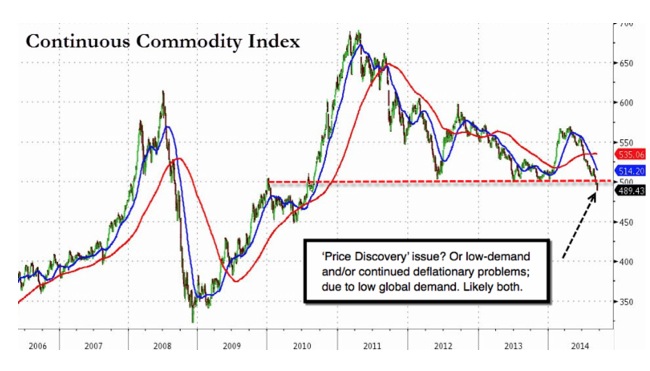 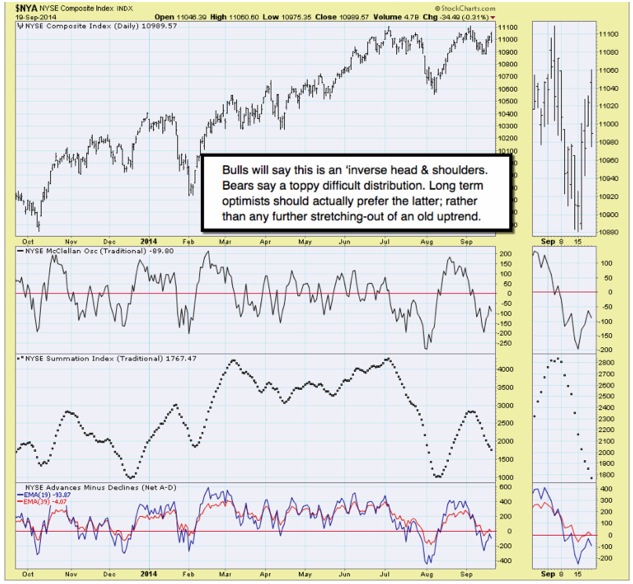 A rationalized 'Frankenmarket' - continued rumbling around; primarily due to a single factor few seem to be willing to acknowledge: high open interest in now-expiring September S&P contracts. As of Thursday morning, over 900,000 still remained; so if they are allowed to 'expire', you have the short sellers requirement to 'cash settle', which means bring money to the table (or huge margin calls next week). It is a reason we expected S&P to rally at least into early Friday settlement. For next week (pattern outline follows). 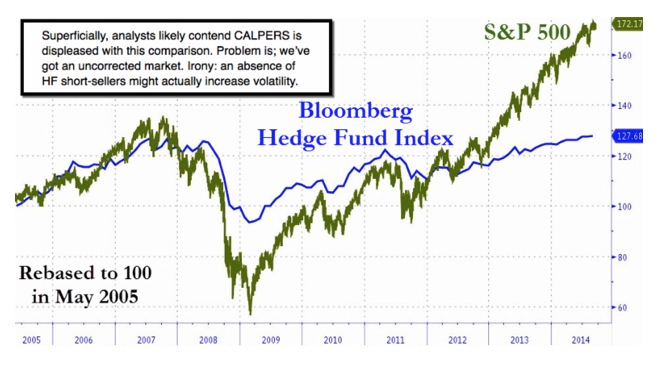 The stamina of this market, superficially has been incredible; the fear of even 'allowing' a normal correction, palpable. Nervousness by Bulls and frustration by Bears, obvious. But let me suggest that the Fed is NOT the main concern (sorry to be too realistic; but I'm concerned about lots on the world's menu; bottom-line summaries on the Middle East, ISIL, Ukraine, Russia; as well as Oil and capital flows).