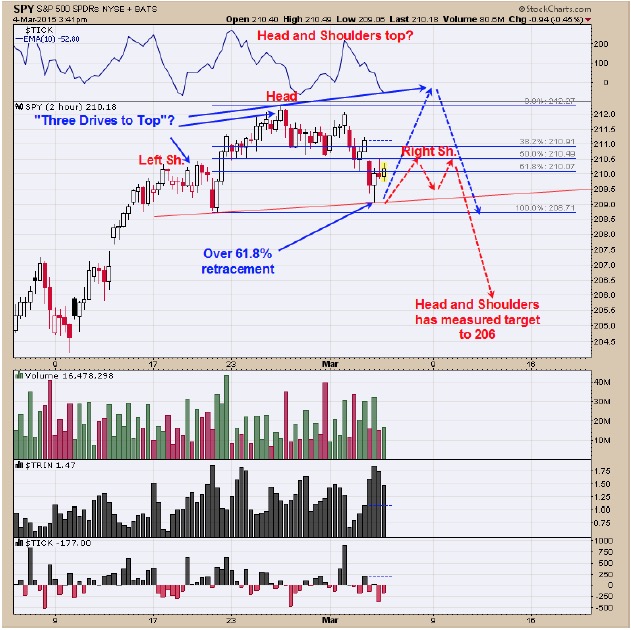 The chart above is the SPY on a two hour timeframe.  The decline over the last two days which retraced over 61.8% of the leg up form the February 20 low, could be drawing two patterns which is either a “Head and Shoulders top” or a “Three Drives to Top”.   A “Three Drives to Top” would require one more new minor high before retracing back down to where the pattern began, which in the current case would have a target near 208.  If the pattern turns out to be a minor “Head and Shoulders top” than next bounce may find resistance near 211 range creating a “Right Shoulder”.  This potential “Head and Shoulders pattern” has a downside measured target to 206 range.   Next week is the week before option expiration week which if there is going to be a decline it most likely will be next week and the week to look for the next low.  If market trades above last weeks high and If indicators remain bearish, we may look for a short position for a target near 208.  If market just modestly bounces and does not trade above the previous high than will look for bullish signal near 206. 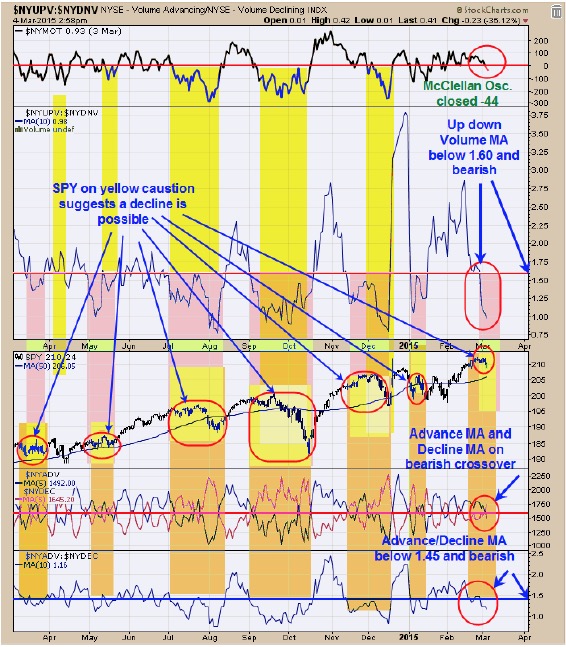 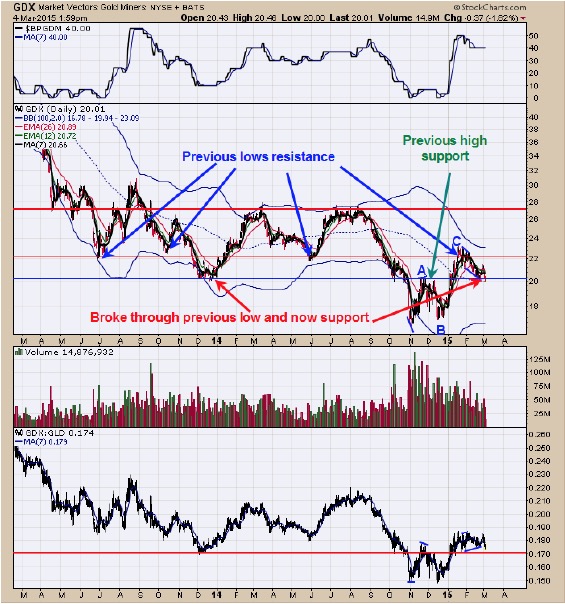 The rally from the December 2014 low broke through low of December 2013 and rallied up to the next resistance to the lows of June and October 2013 as well as June of 2014 and found resistance near the 22 range.  GDX turned down from 22 and should find support near 20 range which is the December 2013 low and November 2014 high.  If market does find support near 20, the best it could do is 22 as that still remains strong resistance. There will be bounces and declines for the next several months as the next cycle low is due later in the July to August  time frame.  The July to August time frame would expect a longer term up move to begin that will be worth catching.

For free 30 day trail just drop us a line at tim@ord-oracle.com.

All the Best,
Tim Ord