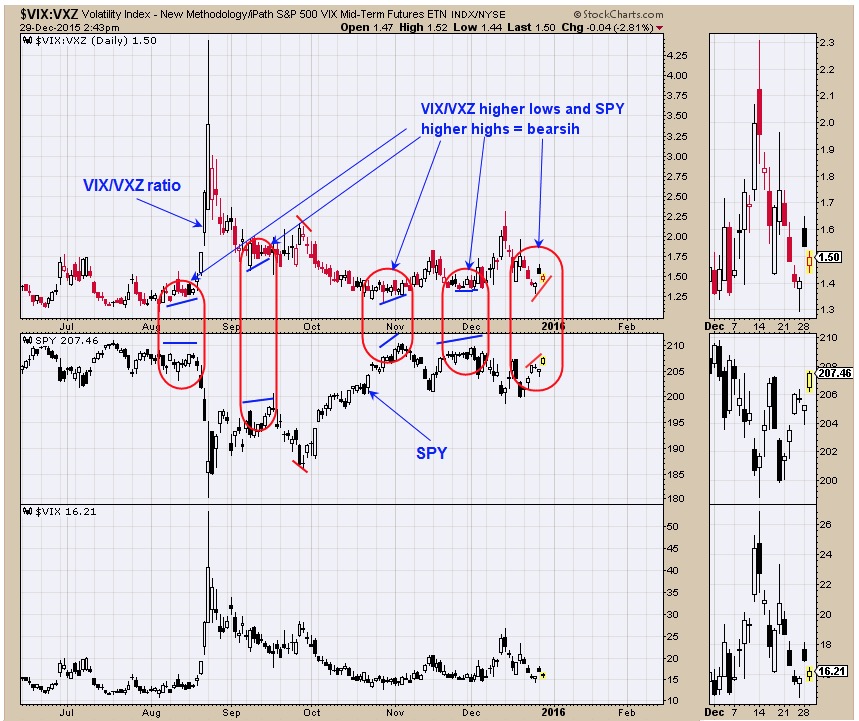 Above is the VIX/VXZ ratio.  The VIX is the volatility index and the VXZ is the mid term Futures ETN.   A bearish sign is triggered when the SPY makes higher highs and the VIX/VXZ ratio makes higher lows.  These divergences can last several days before it takes hold and therefore market could still push higher short term.  Previous divergences over the last 6 months lasted about a week before the bearishness set in.  If however the VIX/VXZ ratio turns down and breaks new short term lows will negate the current bearish sign.  Santa Claus rally last into January 5 and if the VIX/VXZ ratio continues the bearish scenario into that timeframe could generate a sell signal.  Since the McClellan Oscillator is above “0” and rising, the trend is still up and we remain bullish for now but a negative divergence hangs over the market.   Page two shows the current status of the Santa Claus rally.  Contacts us for free 30 day trial. 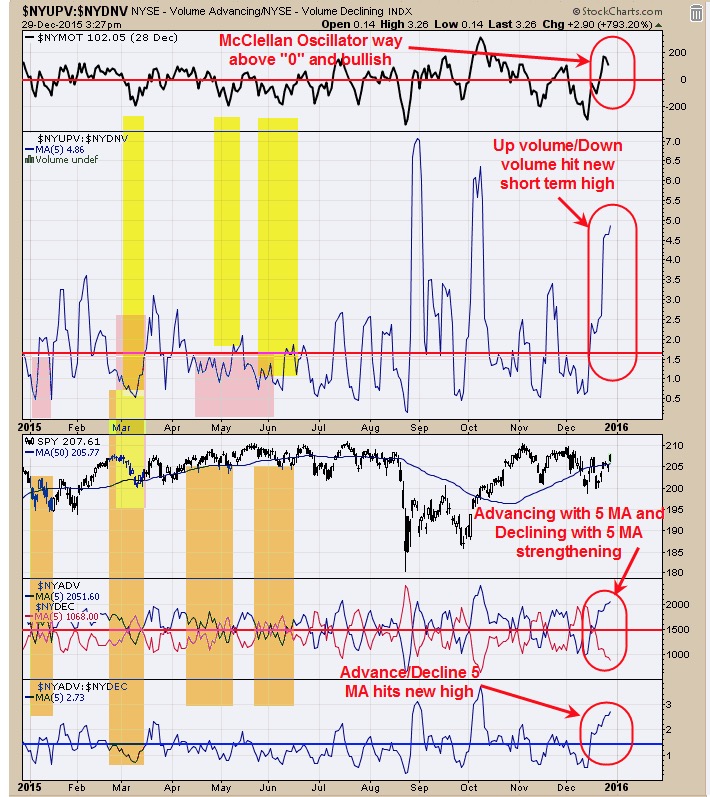 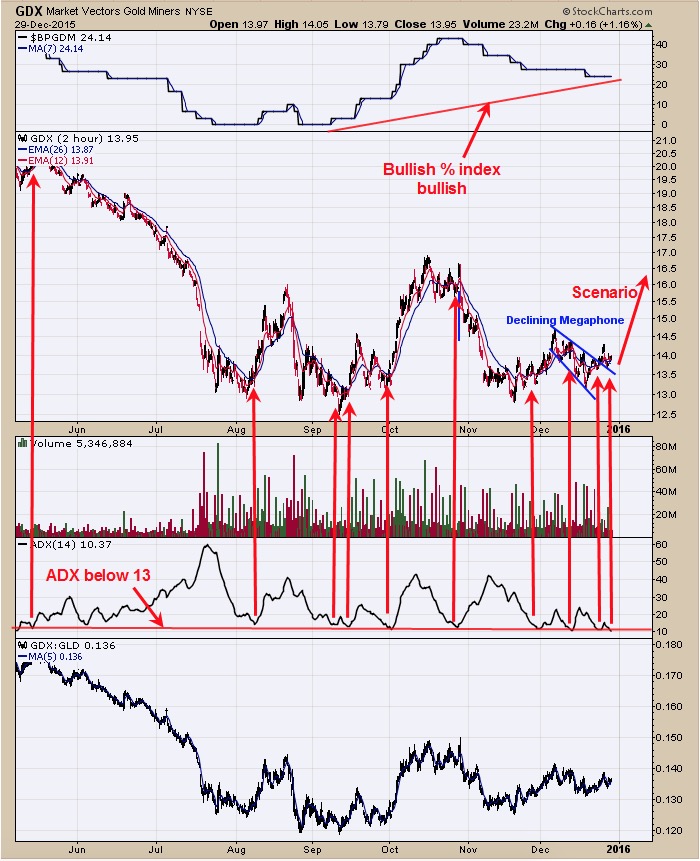 The Gold Commercials came in at -22,251 at the last reported December 22.  Commercial COT reading below 50K short is bullish for gold. The chart above is the two hour chart for GDX.  The bullish “Declining Megaphone” has formed suggesting a rally is about to start and our first target is near the 16.00 level.  Yesterday we showed the daily ADX which in an area where GDX should start to trend and this coming trend should be up according to the bullish “Declining Megaphone” pattern along with the RSI and Bullish Percent index showing a bullish divergence.  The bottom window is the two hour ADX which is also near 13 and suggesting a trend is about to begin in GDX.  Long GDX on 11/20/15 at 13.38.