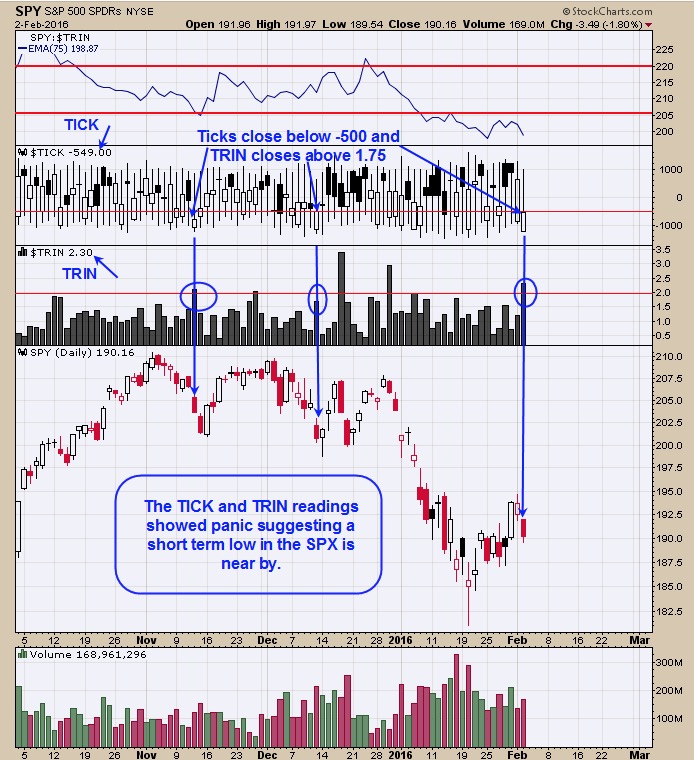 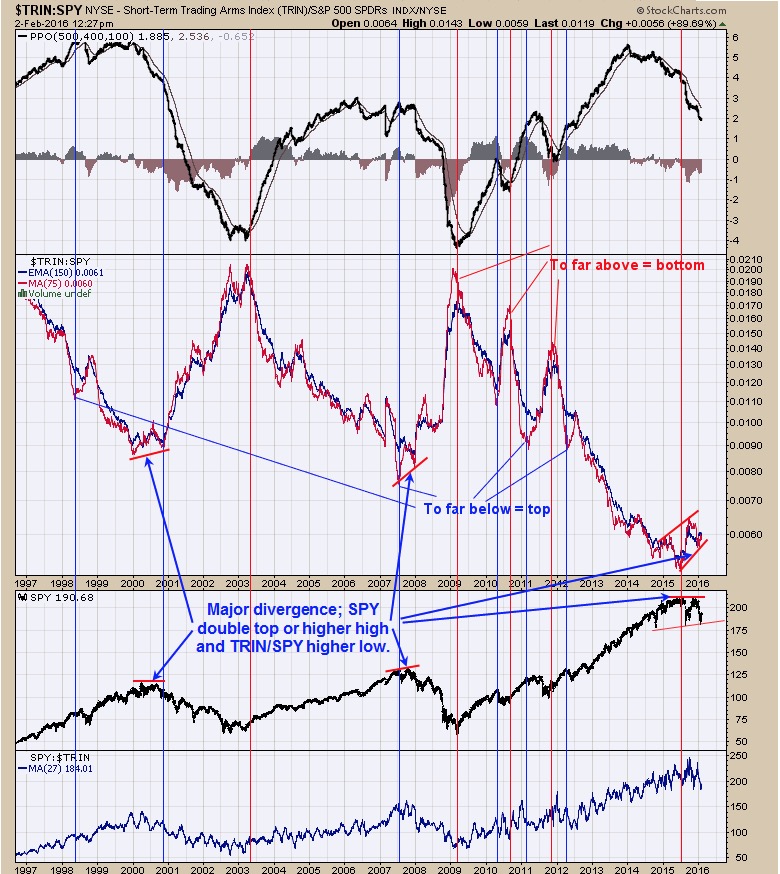 Above is a longer term view for the market. The chart above is a variation of the chart we showed yesterday.  This chart uses the 150 day EMA and the 75 day MA of the TRIN/SPY ratio and gives addition information.  The important element of this ratio is the TRIN.  In general when the TRIN is below one than that is usually in an up market and when above one, usually in a down market.   By adding the SPY to the TRIN, this ratio gives insights to the market that are normally not seen by other indicators.  This ratio rises when market is in a downtrend and falls when the market is in an uptrend.  The last two major tops in the SPY (2000 and 2008) the TRIN/SPY ratio produced a divergence where the SPY produced a double top and the TRIN/SPY ratio made a higher low.  Back to the present time; the SPY made a double top and the TRIN/SPY ratio produced a higher low and signaled a major divergence similar to what appeared at the 2000 and 2008 tops. 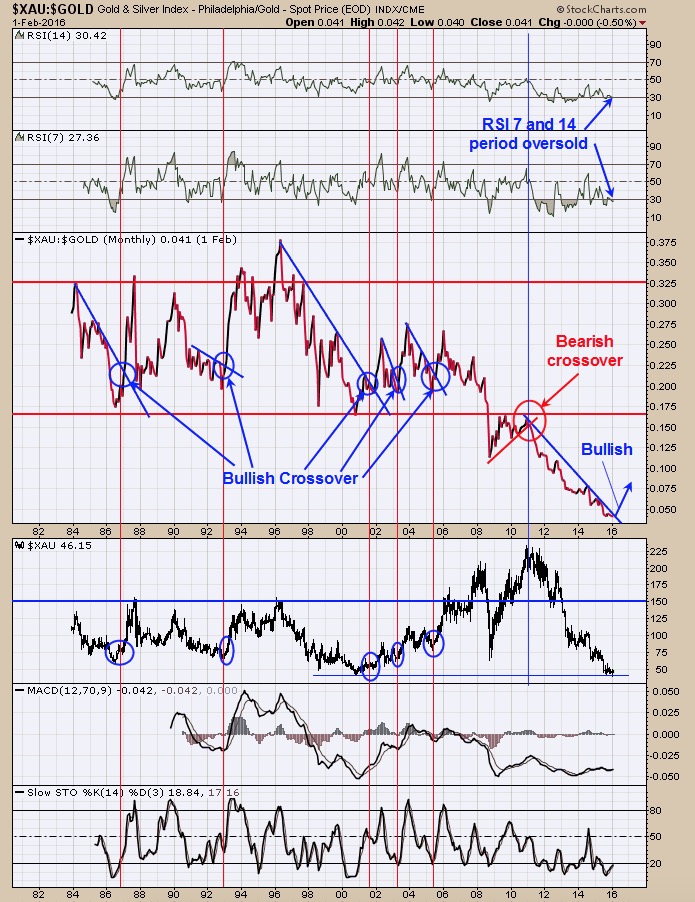