Rotational 'distribution' not 'accumulation' - has been how we've viewed the series of faltering recent rebounds, consistently contending that deterioration, as opposed to preparation for rallies, was the operative trading characteristic. 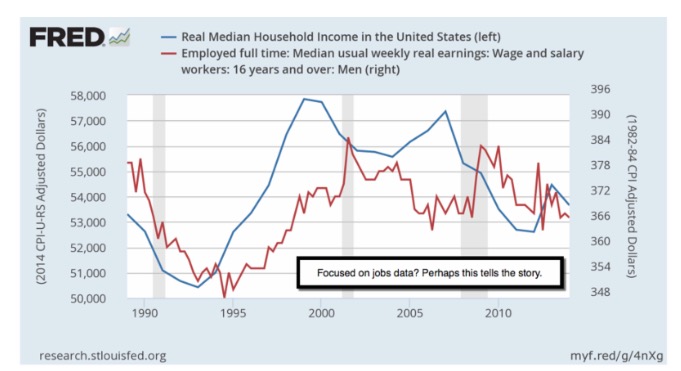 Our view of April/May distribution was not based merely on a superficial view of 'breadth', but a belief the selling in tech; in financials, and most multinationals (regardless of earnings reports, generally soft as suspected) were reflections of global slowing; and particularly, the changed 'tone' in China outlined two weeks before Carl Icahn brought it to 'mass' attention, when he alluded to the 'attitude' shift by Beijing, which we believed (as we again call for Apple to decline from a level well over 105, but also other stocks too) resulted in concern of restrictive trends by the Chinese regime, which will leave some open questions regardless of whether or not Beijing modifies the near-term denial of information to people. (Tim Cook's hurried visit to 'consult' with Beijing affirms our view of the issue.) 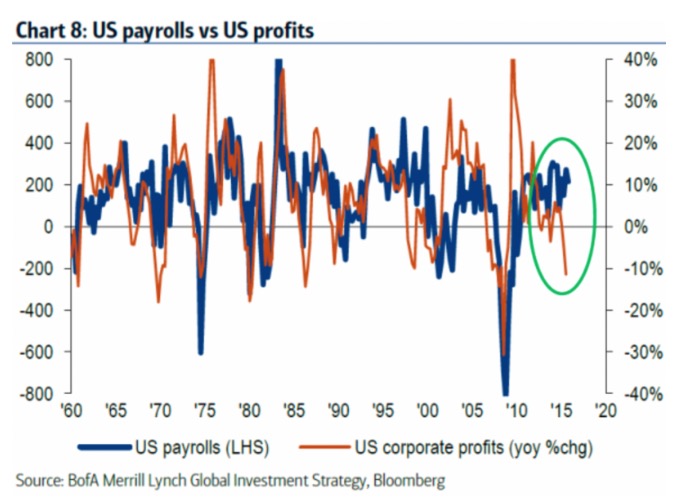 Our premise was correct, because clearly what the market was doing over these past couple weeks was indeed a 'circling of the wagons' rather than a rotation to a diversified selection, which meant they were avoiding technology and all types of media-centric stocks that might be counting on China for increased growth. It goes without saying that everyone wants a piece of that market; but the point is that since China got restrictive, it makes future policies by China uncertain; and of course markets don't like uncertainty. (Members knew this reality weeks ago.)

Technically - the market has been flirting with breaking below last Friday's lows, and finally achieved that with essentially equal Wednesday and Thursday lows. Both were down days barely hovering above surrender. As these levels fail, we should see a little more dramatic shakeout (such as to the next key level nearer 2020-2030 basis June S&P). Meanwhile we hold short from June S&P 2104. (Yes weak Jobs numbers will trigger just a bounce; before S&P goes lower. Of course that's on hopes it keeps the Fed 'at-bay', ignoring business realities.) 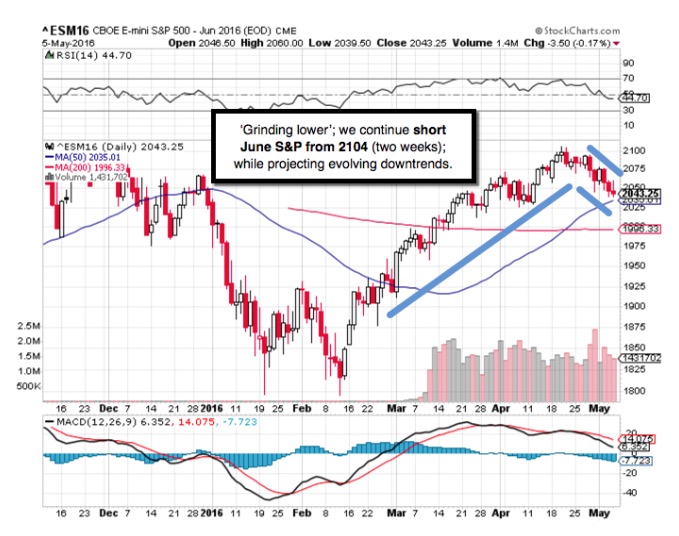 In sum: during the past couple weeks we held short; intentionally avoided any excessive day-to-day changes, other than scalping guidelines (generally correct most sessions) for those that insist on 'pulling multiple handles'. I mentioned at least a few times that we toned-down aggressive trading as we embraced what has been an ongoing forecast of 'risk rising in April and May; with more (portion reserved for subscribers). At the same time we envisioned others grasping this prospect; calling for 'front-selling' in April. That set-up our June S&P 2104 short.

Conclusion: the pattern evolution continues to track our forecast. The morning comment covers new developments and a chart review of several Indexes.

Daily Action - notes a reported new 'deal struck' in Geneva by Russia and the United States on bringing an end to the Syrian War (details follow). 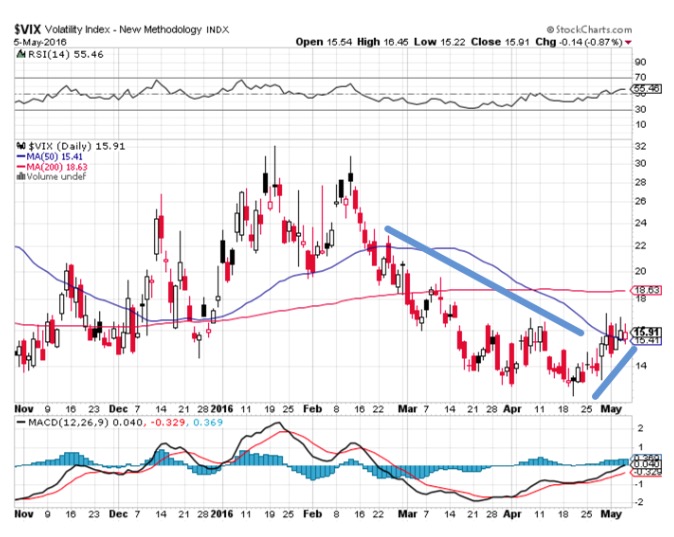 Friday morning Jobs number; is an unlikely a market mover; other than perhaps initially. (A rally might set-up an intraday short for scalpers.) It's the 2nd Quarter so you should see better numbers; but the way things are going; just nominally.

At the same time the Dollar and Oil are either gaining or holding; and I'll speak about those more in the video tonight and the weekend. It makes for uncertainty in the US, as we approach this Summer's political and BREXIT circus.

For now simply continuing short June S&P from 2104; and avoid over-trading; being skeptical about a post-Jobs rally in the first hour Friday.

Prior highlights follow: (mostly redacted in fairness to members; join us!).

As long as we touch on global concerns; might I mention S&P today warns new downgrades are looming. 'Emerging markets' from Russia to the Persian Gulf are under threat of 'sovereign ratings' downgrades. Also their public companies are struggling to meet rising debt loads. That will increasingly make it tough for governments to bail-out big private or state-owned businesses; contributing to revenue erosion; pressure on external accounts; with resultant (outcomes). 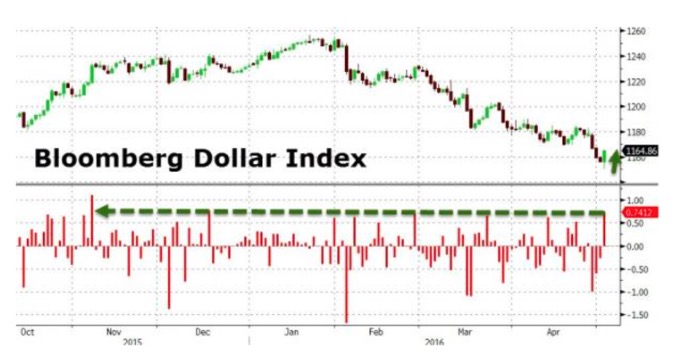 I mention the foregoing as they are essentially 'global contingent liabilities', that tend to crystallize on a government's balance sheet. So far those have not been viewed as crucial to the trajectory of EM ratings; but it's not an irrelevant issue.

A minor issue which reflects on what we've said about China's not-so-subtle (but broadly ignored or minimized when analysts reflect on Apple or other tech stock concerns) affront to free access to information (including music) and most recent speculation about limiting external influences over the internet to the mainland, has sprung up. It may be symptomatic of (full discussion for our subscribers).

Technically - the broad market has been defensive (with sizeable rebounds all along) since early last year. That was our contention as to why there's really not a valid debate about 'when the Bull Market may end', as many broadly debate. 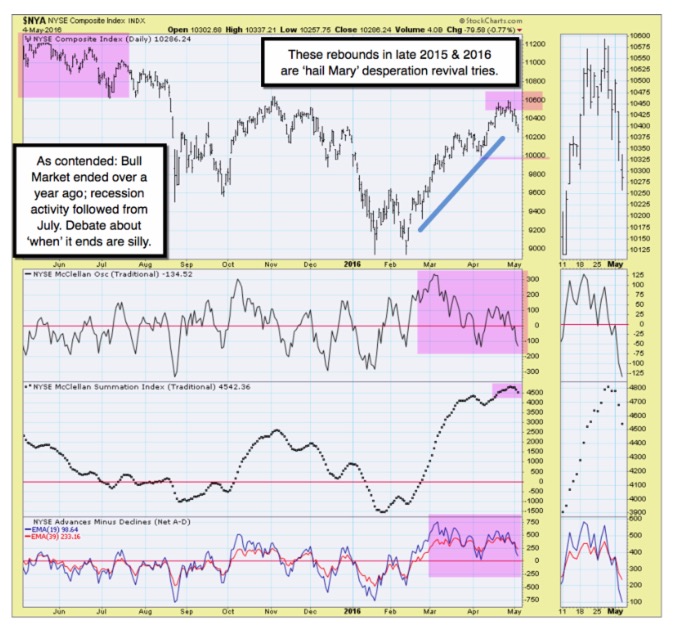 In-sum: we continue fading rallies for traders while encouraging caution among investors. Most recently short June S&P from 2104 for two weeks now.

Battlegrounds are fluid - with multiple dynamics ongoing. Projected downside bias rising in the April-May time-frame on-edge of breakdowns. Aside monetary policy neutralized; there isn't much of a 'floor' under markets. Indexes relatively levitated as the ongoing projected rollover patterns persists. We urge investors to remain wary; while traders stay nimble with a bearish bias of fading rallies.

Enjoy the weekend, and join us as a daily member!