Global fragmentation - in economics, geopolitics, confidence in leadership, and a general suspicion of central bank policies in many countries... persists. It not only eclipses performance of markets, but ironically has contributed to artificial flows of funds (often by sovereigns either shifting funds or even buying corporates in a few cases), that held markets up (and continues to fight to do so). (During my last few weeks in Europe I've explored more international markets and focus on the UK in this final week of my travels, after which I'll be back at my desk in the USA.) 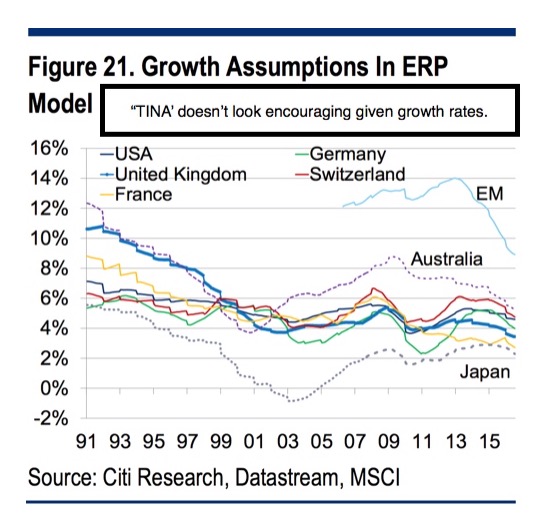 This is a variation of the oft-expressed (exasperated) view of the market as simply 'TINA' (there is no alternative). We've had a couple such environments over the last twenty years or so; they didn't end well. Hence, protracted hiding or not, it's worthy of concern. (I explore details of the range we're in technically, for our subscribers.) 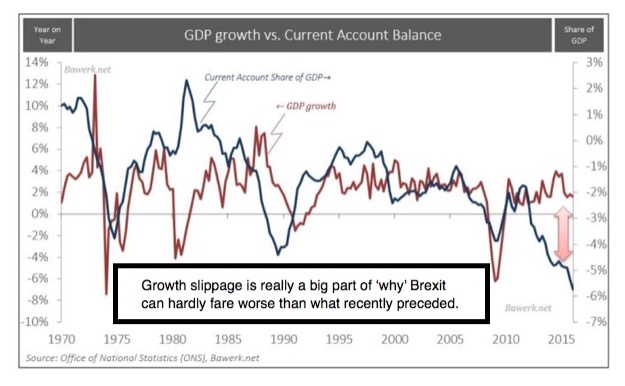 In a sense this sort of world-disintermediation becomes the power that contributed to the disconnect between economic realities and market prices. By so doing, time was bought, but not enough to get to a time of 'genuine' global growth restoration; and that means a stock market (portion redacted) increasingly at risk due to upside 'discounting' of a revival that really isn't terribly apparent. 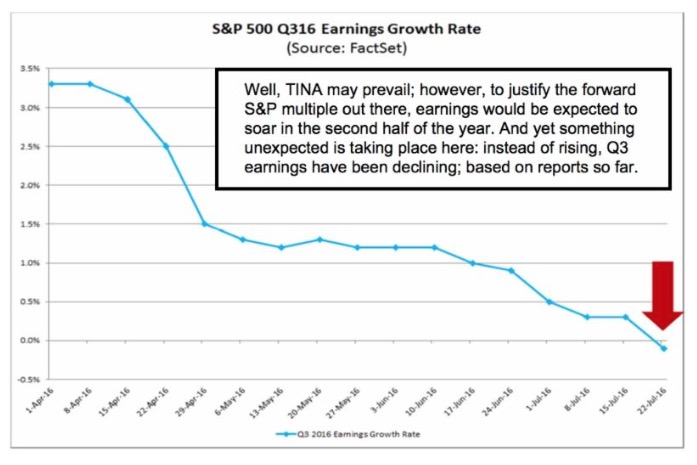 Here in Britain, nobody seems to know anyone that voted 'for' Leave; although now the majority I've chatted with, do not believe Brexit holds economic or growth risks a slew of political and economic interests suggested, at the time. I bounce my 'this was more of a concern for the EU than for the UK' idea frequently; and hear total agreement from everyone I've chatted with; that the EU needs Britain more. So it's no surprise that even the EU leaders (as predicted) have tempered their threats (a few details to our regular members). 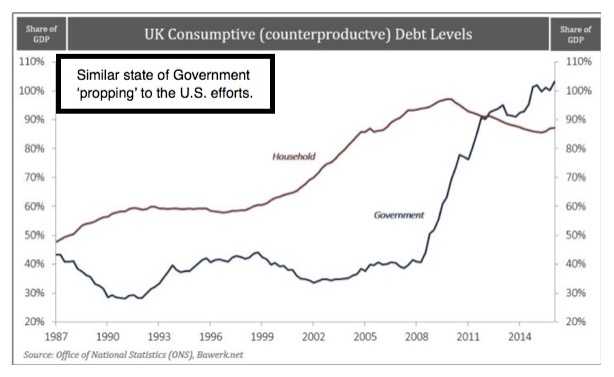 All this occurred with a feisty expected July stabilization effort indeed as it turns-out resulting in an upside bearish capitulation; which we didn't fight; while sensibly not trying to play in an extended upside. Internal market technicals, at least this week, were deteriorating before Averages rolled-over a bit, prior to Friday's comeback. Of course we didn't expect bulls to surrender without a fight; although now (redacted).

In sum: there is a backlash from globalism. It's not merely populism. Take a harder look and some uncomfortable, if understandable, patterns persist emerging: rising nationalism, identity politics (and kudos to the GOP for a seemingly-revolutionary applause for Peter Thiel's speech, which definitely reflects Trump's candidacy as a move that's more centrist than opponents decry), disdain for banking institutions at least as far as bureaucracies, if not fracturing of rules-based international systems. 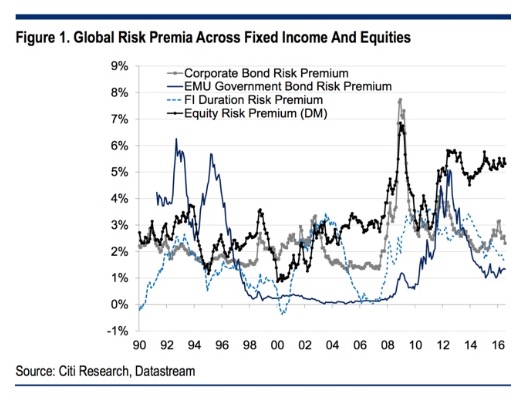 Governments have lost a degree of control, and citizens faith; and often respond in a bellicose or suspiciously-contrived way (thinking about Erdogan's Turkey). The belligerence in domestic politics in more than just the USA, has spilled over onto the global stage. (The conditions and implications are explored fairly regularly.)

This is actually a dangerous but potentially constructive time for citizen renewal of conviction; for realization that 'we the people' are still allowed to think for ourselves (in an age where media tries to reduce everything to soundbites; more reflections).

If this trend ultimately results in a focus on better trade, on compassion for people, but common sense security, and a reduction of debt increases while focusing lots more on the private sector.. well, a period of real growth can lie ahead. Success by a larger proportion of our population (true for other countries too) tends to reinforce tolerance, reduce domestic societal strife, and embolden forward optimism, though of course it's a recovery process that will take (realistic time-frame suggested).

Bottom-line: for sure the U.S. stock market can begin anticipating that 'comeback' later (timetable for the future suggested. I wanted to emphasize how the politics (or often realities) that seem dire, can lead to (finally) grappling with the problems, and to serious solutions.

Instability at-home and abroad, as well as crumbling optimism, can be channeled into sensible overdue and constructive reforms that usher-in better times ahead. Is it premature to invest for these? As monetary approaches implemented previously got the U.S., the EU and others into a 'we're all going Japanese' financial insanity; it will take serious corrective measures to get towards sustainable revival. (More.) 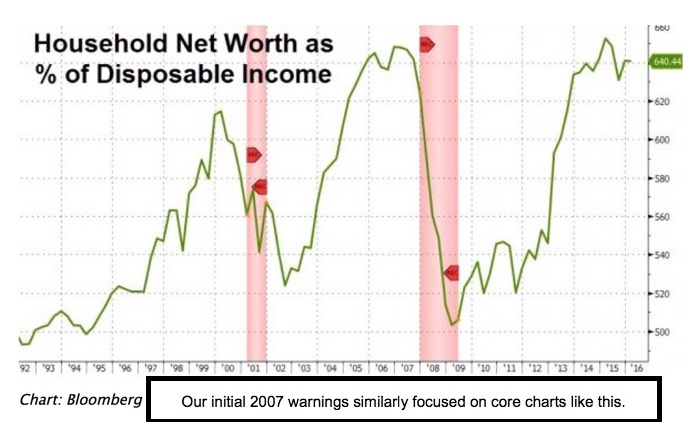 In the meantime, the market managed to absorb all selling and recover on Friday, partially (ironically) as every time there's another overseas terror attack (presumed to be what happened in Munich), money seeks safety, which relatively means U.S. financial assets. That's dangerous in-itself, as there's no correlation with values or with fundamentals. It's a 'circling the wagons' approach, for the moment. 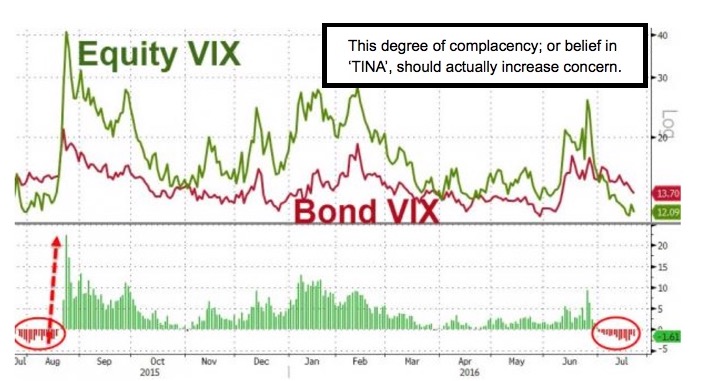 Travel note: Monday I'm traveling to the Southwest of England, so will do limited intraday texts as able. I do intend a Daily Briefing in the evening. My return to the post-Convention calmer USA is now just a week away.

Daily action - (may soon) revisit a 'fade the rallies' guideline short-sale approach a bit cautiously of course, in first such efforts, since my overseas travels began. 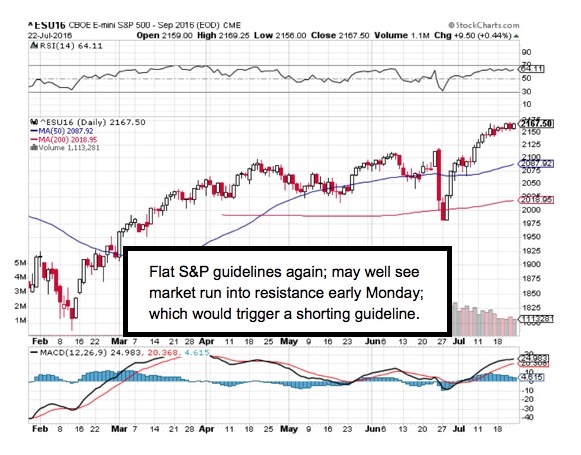 Traders normally harvest some gain when there's a 10-handle profit (or even less). Now ahead of the Democratic Convention with scandalous Party infighting starting; a coming FOMC Meeting, with some pundits a bit newly nervous about as they see signs the U.S. economy may be doing better than the so-called low-rates forever analysts (who require slower growth in what is an oxymoron approach to securities analysis, because it means the companies they view must do pretty poorly in such a macro environment). (More about this psychology is expressed by video.) 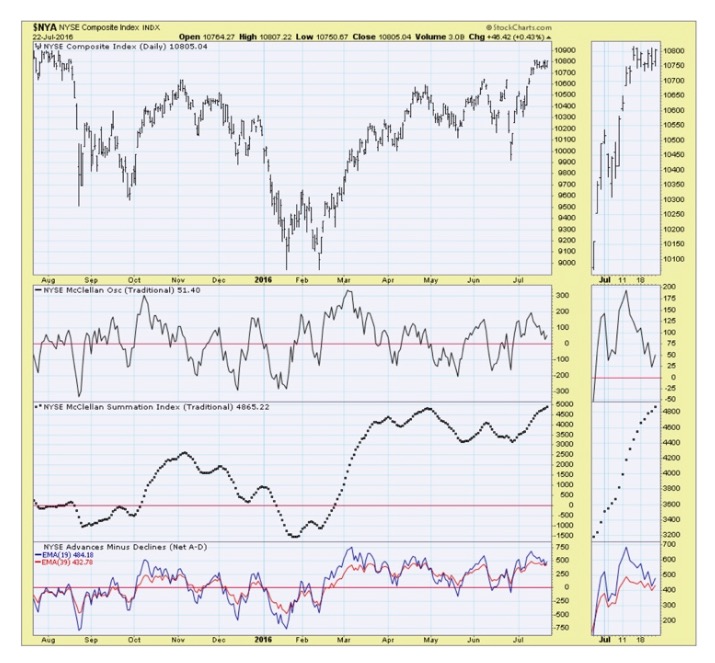 Aside the idea that the Fed might not be on-hold so long as the so-called optimists desire; this really is a convoluted time when the bulls require bad news to enhance their prospects, and the bears recognize that good news could upset the uptrend.

From a technical viewpoint, we can simplify this to an overbought S&P both on the daily and weekly basis charts. Of course markets can stay that way; but after what clearly was a brief blow-off and then only low-volume rebound efforts, that needs to be seen as what it should be: (that conclusion is reserved for our subscribers). 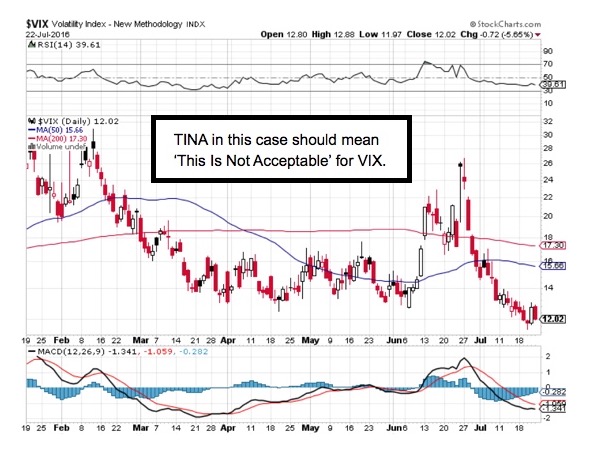 All it could take is a break below the little 'ledge' in the S&P we've noted to trigger a bit of a spill. Opinions then wouldn't matter so much, because algorithmic selling would kick-in, and that ironically could reshape overly optimistic assessments, as are still so prevalent. We'll assess this daily during the few days remaining in my trip here in England; and thank the market for accommodating my travels just as I hoped; by not plunging on any broad basis until near the end or after my journey. Recall what happened last year; and you'll know why I longed for this outcome.

Prior highlights follow: (entirely reserved for our regular members; join us!).

Increasingly-frequent 'head-fakes' - are occurring; as rallies and declines tend to reverse in more subdued fashion, then get a little feisty before switching yet again. This is part of the exhaustion process we've been looking for in late July. 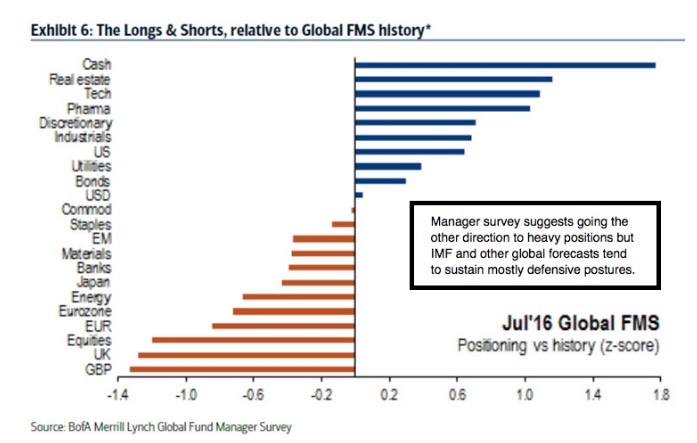 Basically you had Japan back-off believing helicopter money will solve all; then a non-move by the ECB; and perhaps some realization besides Oil breaking down, that complacent ridiculously optimistic views dominated recent action.

Wishing you a good week ahead from England;