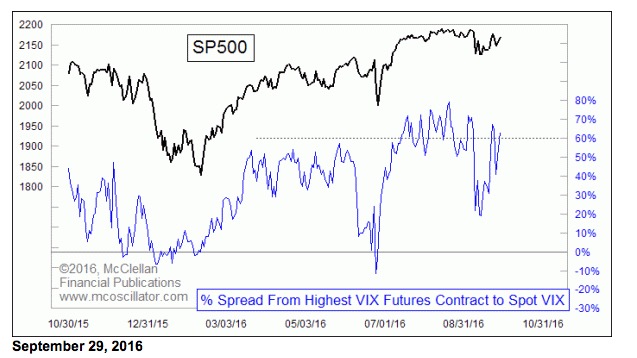 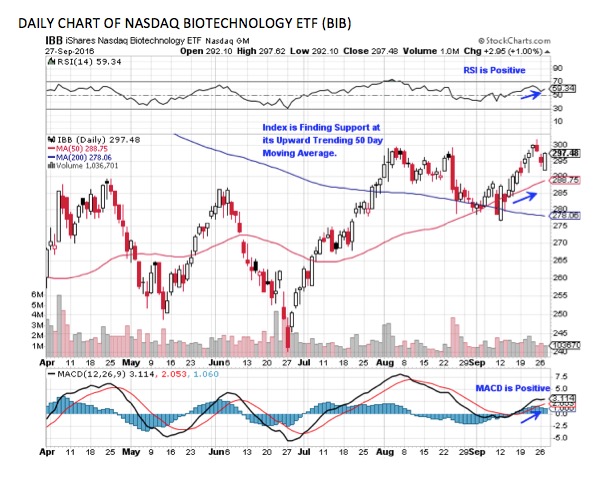 Mary Ellen McGonagle: The Best Way To Participate In The Recent Move Into Biotech Stocks

Biotech stocks have been quite strong lately although you wouldn’t know it by studying the charts of the group’s biggest names. Heavyweights such as Gilead (GILD) and Celgene (CELG) appear to be in a downtrend or stalled... Read More 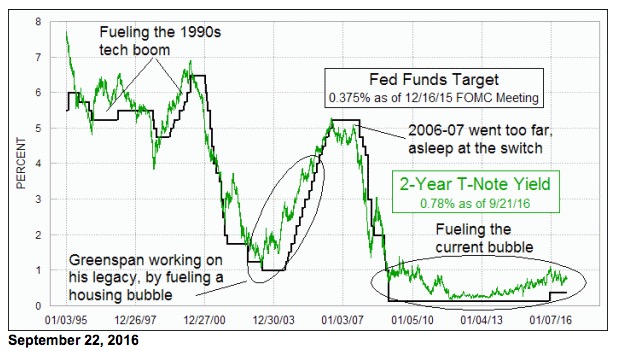 Tom McClellan: Bond Market Knows What Fed Should Do

This article first appeared in McClellan Market Report #515, published Sep. 21, 2016, and reflects a theme we have reported on multiple times before. We have an unblemished 21-year track record of predicting what the Fed should do, with 100% accuracy... Read More 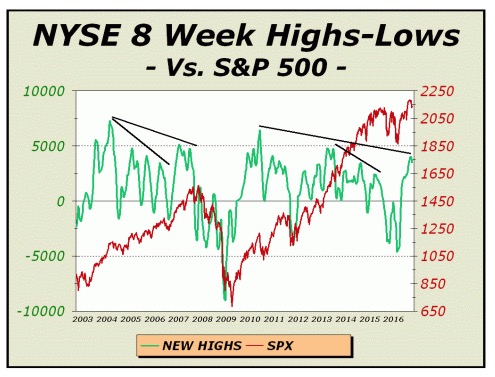 Excerpts from the June 27th issue Rationales & Targets Apropos comments made on page three, Janet Yellen, the Chair of the Board of Governors of the Federal Reserve, has often spoken of the wealth effect... Read More 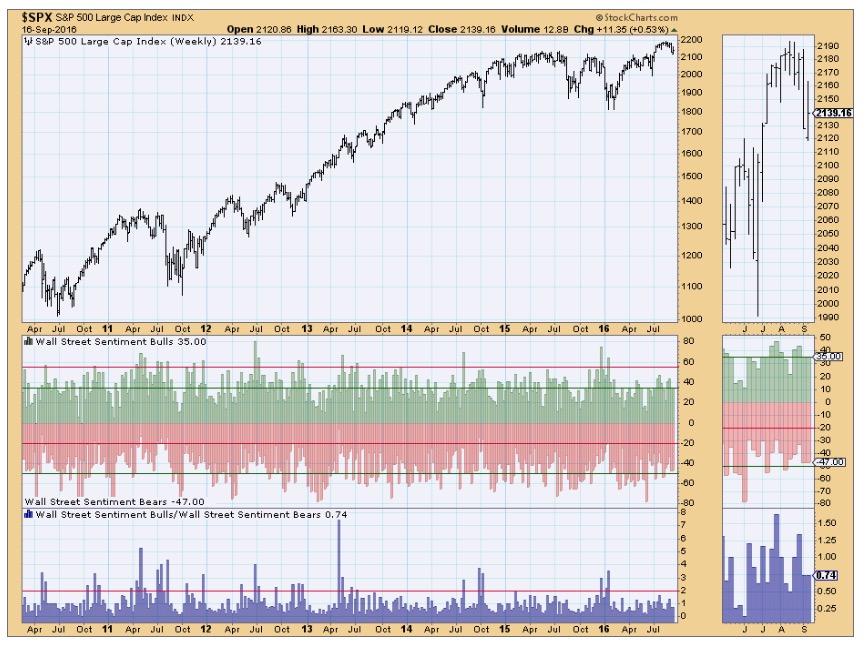 Some of you may be familiar with the Wall St. Sentiment Survey that we conduct and provide to StockCharts. We've been running this survey for over 20 years now and have come to notice certain patterns that may not be obvious to the casual observer... Read More 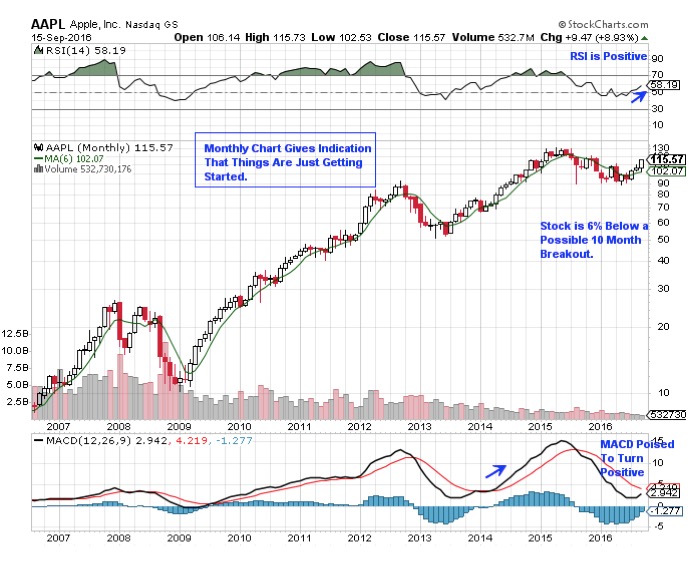 Mary Ellen McGonagle: Can Apple's Stock Keep Climbing? Charting and History Can Help With the Answer

In a week marked with volatility, one stock has been in a clear uptrend. After news of the release of its iPhone 7 on Friday, Apple’s stock (AAPL) has been up over 10%... Read More 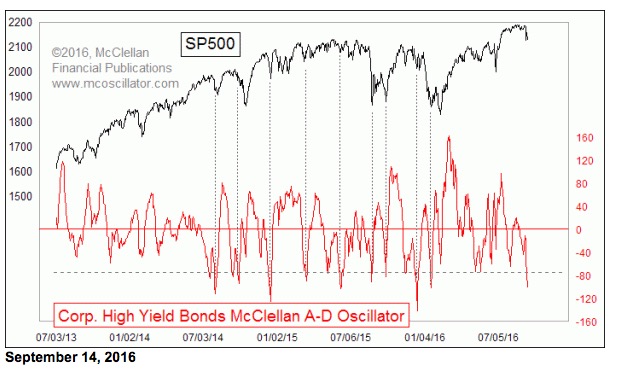 The regular McClellan Oscillator is based on Advance-Decline (A-D) data for the NYSE. But the same calculation can be done on other sets of A-D data. This week’s chart looks at an interesting example of that, with a big message for the current moment... Read More 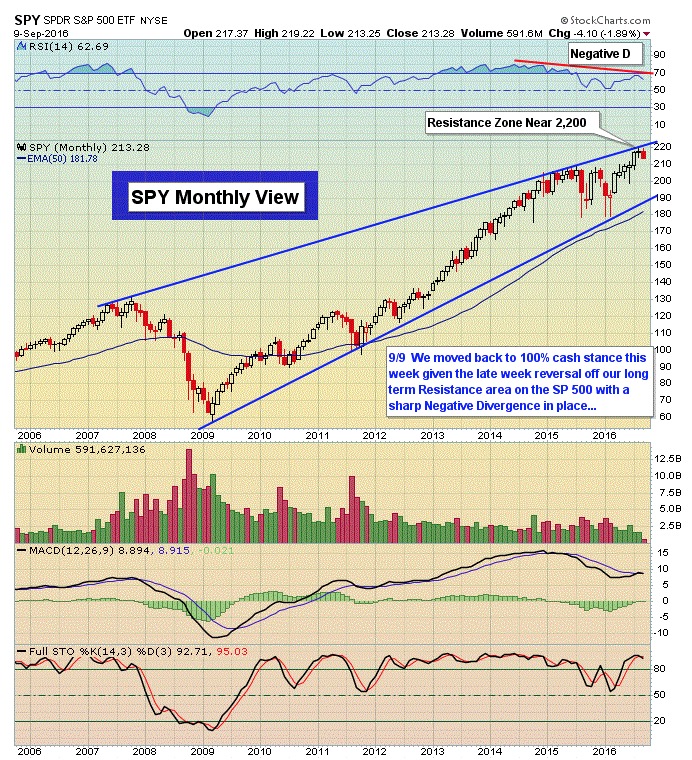 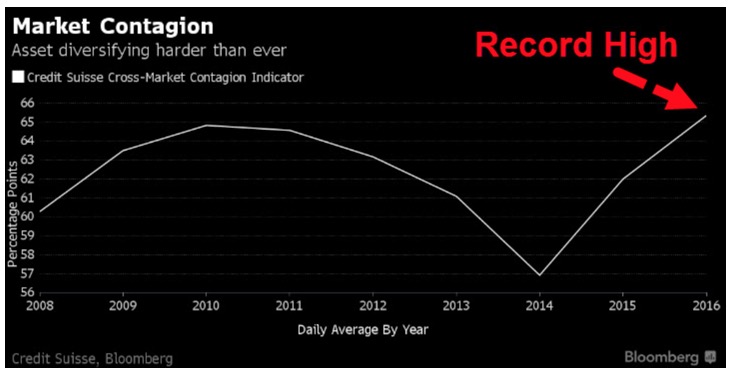 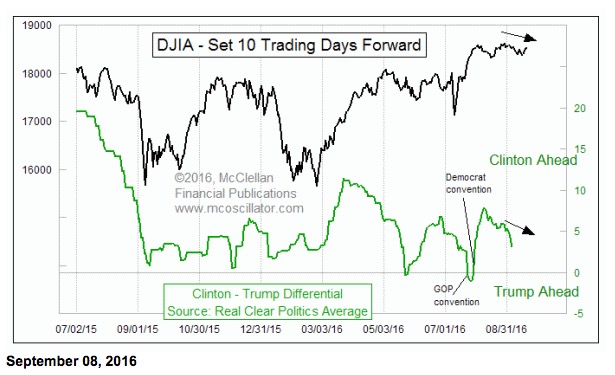 We can see ahead of time which way the poll numbers are going to swing by looking at the stock market. This is a phenomenon I have been tracking since the 2000 election, when I started gathering poll data and comparing it to the movements of the stock market... Read More

Mary Ellen McGonagle: LAST YEAR'S WINNING FANG STOCKS ARE BREAKING OUT BUT NOT ALL ARE PARTICIPATING

While 2015 was a tough year for many investors, there were bright spots for growth-fund managers who owned the so-called “FANG” stocks. These four stocks produced outsized returns while the major indexes were negative for the year... Read More

One of the most difficult chart-reading skills is determining whether a directional change is a reversal or a retracement. During a dynamic trend, the distinction is a key one to recognizing when to exit, or when to hold on... Read More 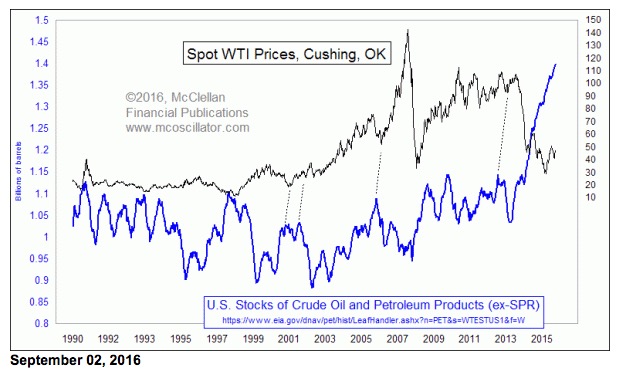 The EIA reported this week that U.S. total combined stocks of crude oil, gasoline, distillates, and other oils is at another all-time (i.e. since 1990) high, which should continue to put downward pressure on oil prices... Read More