Commodities as an asset class have been on an exceptional run for the last seven months.  However, a series of signals suggest potential short-term weakness for commodities as well as the Energy sector.

Since bottoming out in June 2017, the Reuters/Jefferies CRB Index ($CRB) has gained over 16%, followed closely by the S&P 500 which gained 14% over the same period.  At the same time, bonds were essentially flat (-1%) and the dollar was the weakest of the four (-7%). 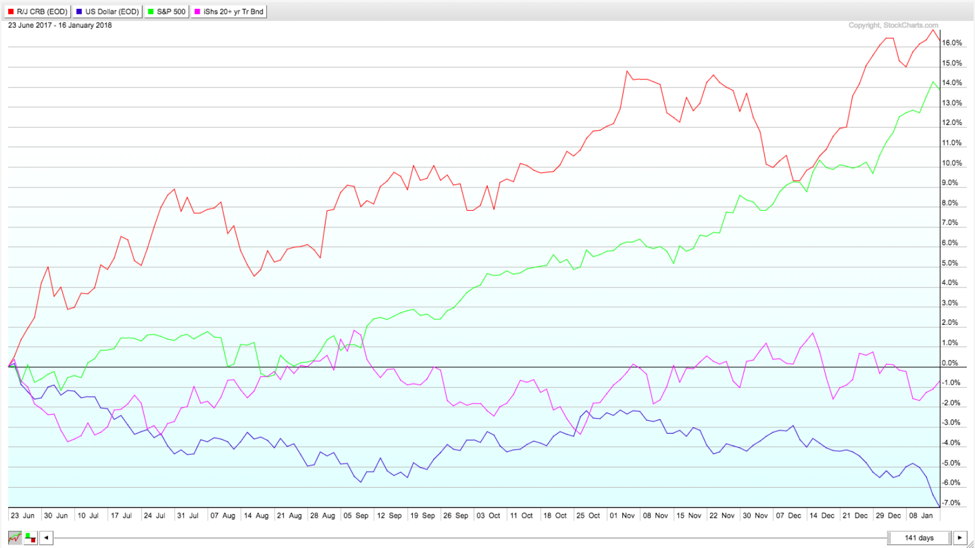 A closer look at the CRB chart provides some cause for concern.  First, the index has traded back up to a significant resistance level around 195.  This price served as resistance in June 2016 and February 2017, and in both cases the index sold off significantly from that level. 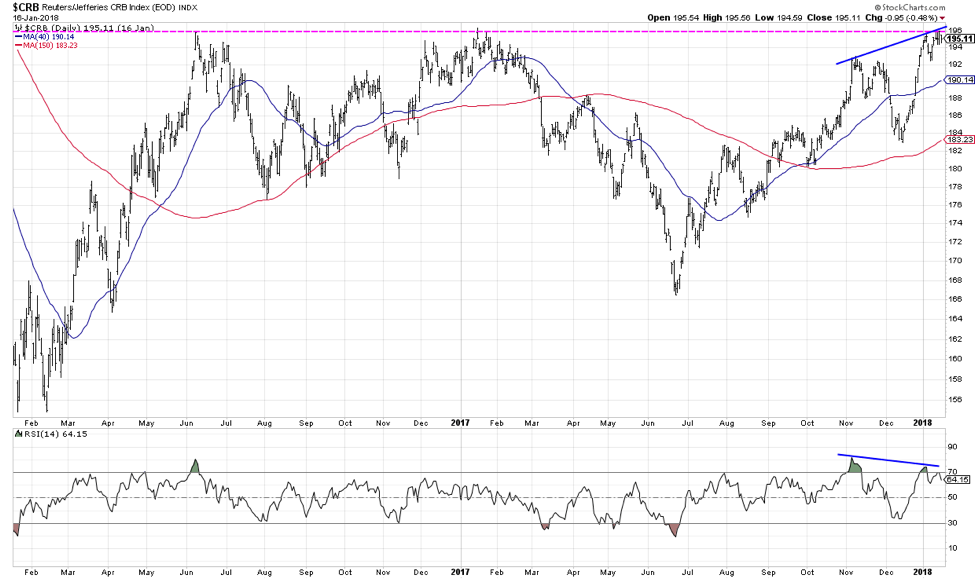 We also have a bearish divergence with the RSI.  The CRB price has seen higher highs in November and January, while the RSI has shown lower highs.  While this does not always indicate a price high, it provides one more data point confirming a weakness in momentum.

The strong performance in commodities, oil in particular, has resulted in the Energy sector outperforming the S&P by over 6% for the last seven months.  However, the XLE chart is facing similar challenges to the CRB. 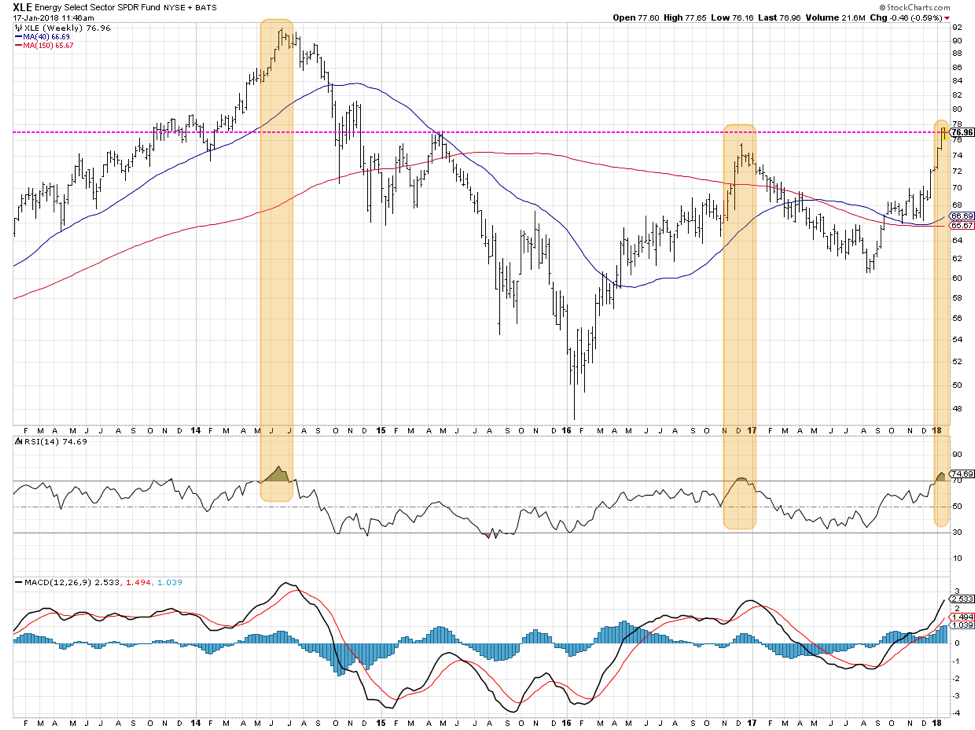 The XLE is also right at a significant resistance level of 77, which was the high in 2015 before the ETF plunged to the upper 40’s.  The RSI is overbought, recognizing the momentum behind the recent move from 61 up to 77.  The last two times the RSI became overbought and then returned back below the important 70 threshold, the XLE sold off for the next eight months.

I tend to treat important price levels as guideposts.  They can give a sense of structure when evaluating the long-term history on a chart.  I consider indicators like RSI to be conformational.  While they may not compel me to take action, they do help flag charts that have reached extremes.

Most important to me is price itself.  Until the CRB and XLE show a lower high, the trend remains positive.  But this confluence of price levels and indicator signals suggest these are charts to pay special attention to in the coming weeks.

David Keller, CMT is President of Sierra Alpha Research LLC, a boutique investment research firm focused on managing risk through market awareness.  He is a Past President of the Market Technicians Association and currently serves as a Subject Matter Expert for Behavioral

Finance.  David was formerly a Managing Director of Research at Fidelity Investments in Boston as well as a technical analysis specialist for Bloomberg in New York.  You can follow his thinking at marketmisbehavior.com.