As part of my regular screen for stocks that are oversold, I came across Discovery Communications, LLC (DISCA).  This chart reminds me that it is incredibly unwise to follow RSI as a standalone indicator.

The stock has underperformed the S&P 500 index by over 37% since the beginning of the year.  DISCA was up slightly through the end of April, then began a steady downtrend since May with a series of lower lows and lower highs. 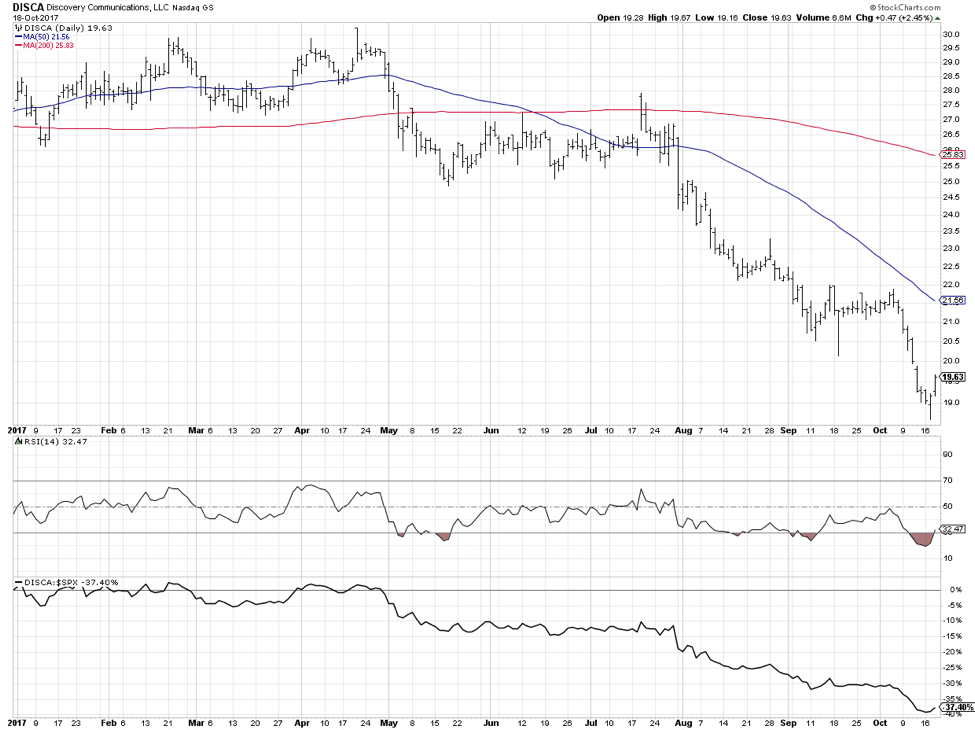 During this recent downtrend, the Relative Strength Index (RSI) has become oversold a number of times, each of which has led to a short-term rally in the stock.  After each occurrence, DISCA quickly resumed its downtrend with a move to new lows.

Here is the same chart of DISCA, highlighting the difference between the “structural” trend (lasting five months and counting) and the “tactical” moves (each lasting 1-4 weeks). 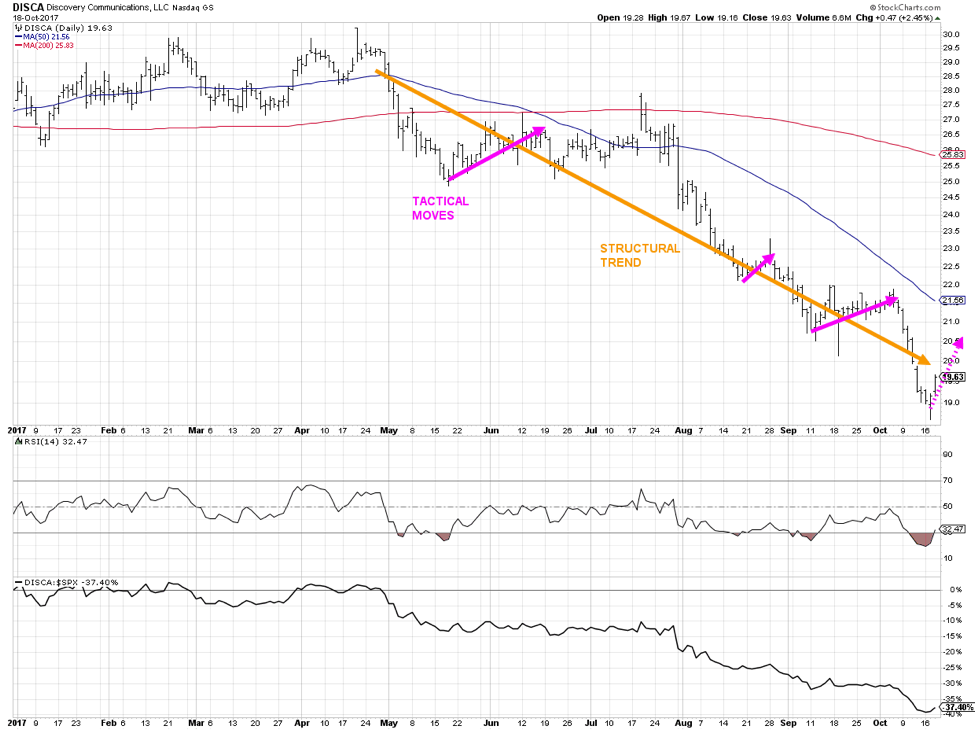 The structural trend is based on Dow Theory, where a series of lower lows and lower highs means the stock is in a downtrend.

The tactical moves indicate short-term rallies during the downtrend, and are triggered by the RSI becoming oversold (less than 30) then exiting the oversold region.

So while it can be tempting to see RSI exit the oversold region (as we see this week in DISCA), this often just results in a short-term tactical rally.

What would tell us the structural trend has reversed upwards?  Go back to Dow Theory.  A higher low followed by a higher high would indicate a transition from a structural downtrend to a structural uptrend.

For DISCA, until we see a higher low followed by a higher high, the trend remains down.