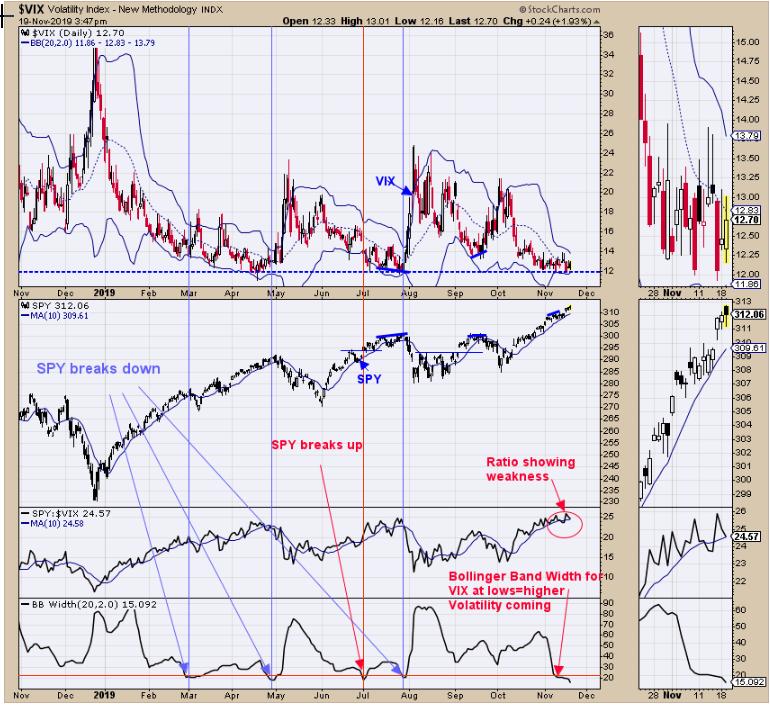 The bottom window is the Bollinger Bandwidth for the VIX, which has reached very low levels and levels where expansion for the VIX is likely. Three of the last four Bollinger Bandwidths this low (going back one year) led to short-term pullbacks in the SPY and the July one led to a breakout above the May high. The next window up is the SPY/VIX ratio, which rallies and falls with the SPY. This ratio right now appears to be in the process of rolling over and would be a bearish development for the SPY. Momentum rules everything and right now momentum for the SPY is still up. Thanksgiving is next Thursday and it's common for holidays to mark reversals, meaning it's possible that Thanksgiving could mark a high. 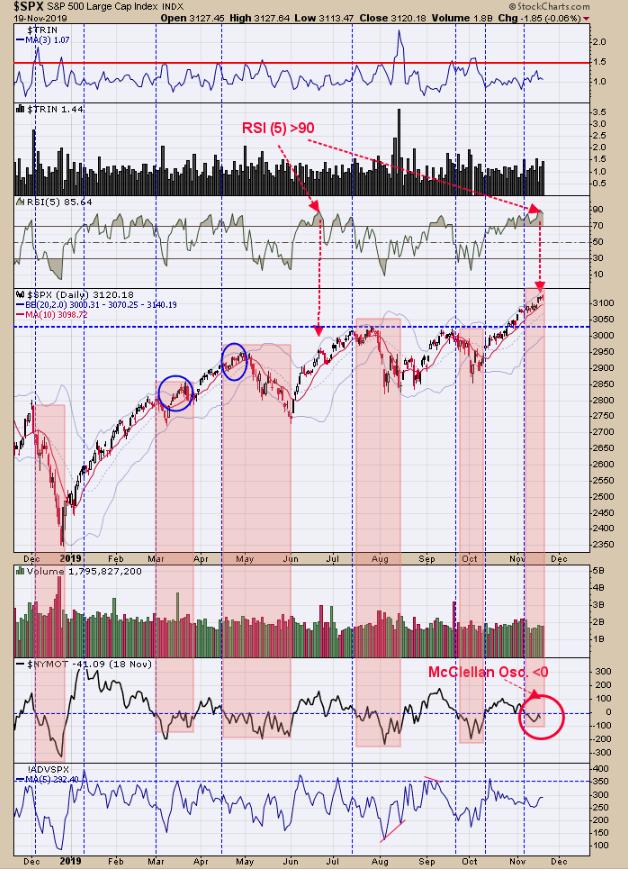 The second window up from the bottom is the NYSE McClellan Oscillator. Readings above "0" are bullish and those below are bearish. Monday's close came in at -43.09. The tan areas show the times when the McClellan Oscillator was below "0". The market can go up with the McClellan Oscillator below "0" (blue circles), but the odds point to a market that is peaking. Yesterday marks five days up in row for the SPX. When the SPX is up five days in a row, it closes higher within five days 87% of the time. Also, the RSI (5) closed above 90, which shows strong momentum and suggests the market will be higher within five days. Though big gains in the SPX are unlikely, it appears the market will hold steady; this steadiness could last into Thanksgiving holiday next Thursday. Odds are increasing that a pullback to support in the 3000 SPX over the next 30 days is possible. Being patient for now. 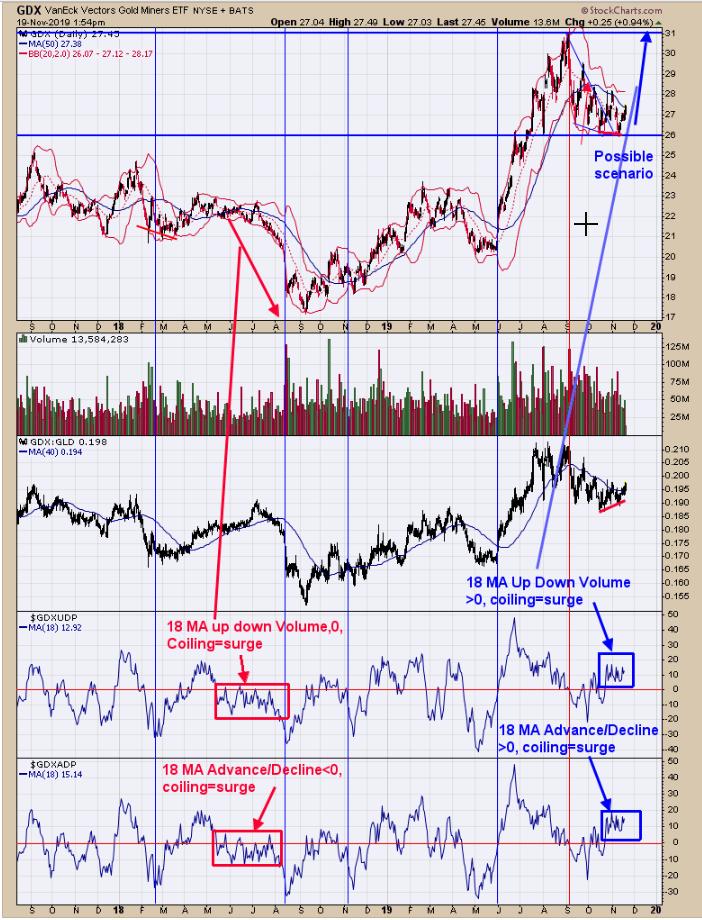 The bottom window is the 18-period moving average of the Advance/Decline percent and the next window up is the 18-MA of the Up Down Volume percent. What we want to point out on both indicators is that both are "coiling" above the "0" level. This coiling can also be observed back in mid-2018 right before GDX plunged from 22.00 to 17.00. The coiling back in 2018 was below the "0" level, which is bearish, and the coiling now is above the "0" level, which is bullish. This suggests a surge is forthcoming in GDX. Long GDX on 1/29/19 at 21.97.