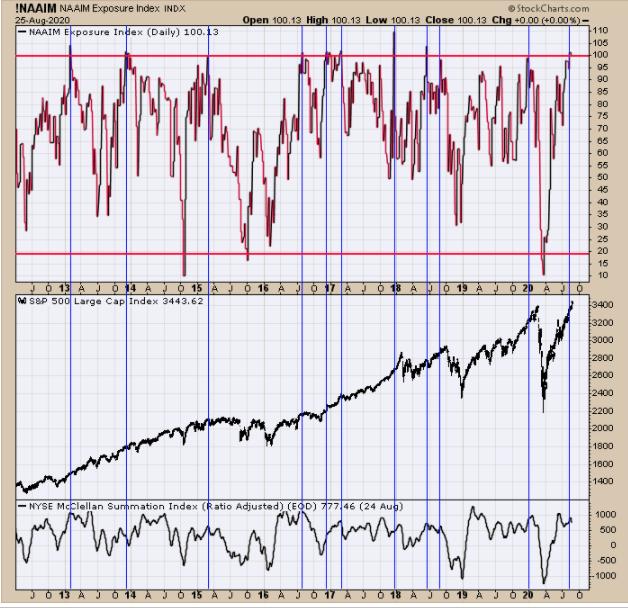 Above is a sentiment indicator which is the "National Association of Active Investment Managers" (NAAIM). This group is 100.13% long the market (identified with blue vertical lines). In most cases, when NAAIM reached a 100% or more, the market was near a high and, in some cases, a significant high. Can the market work higher? Yes, but time is running out. 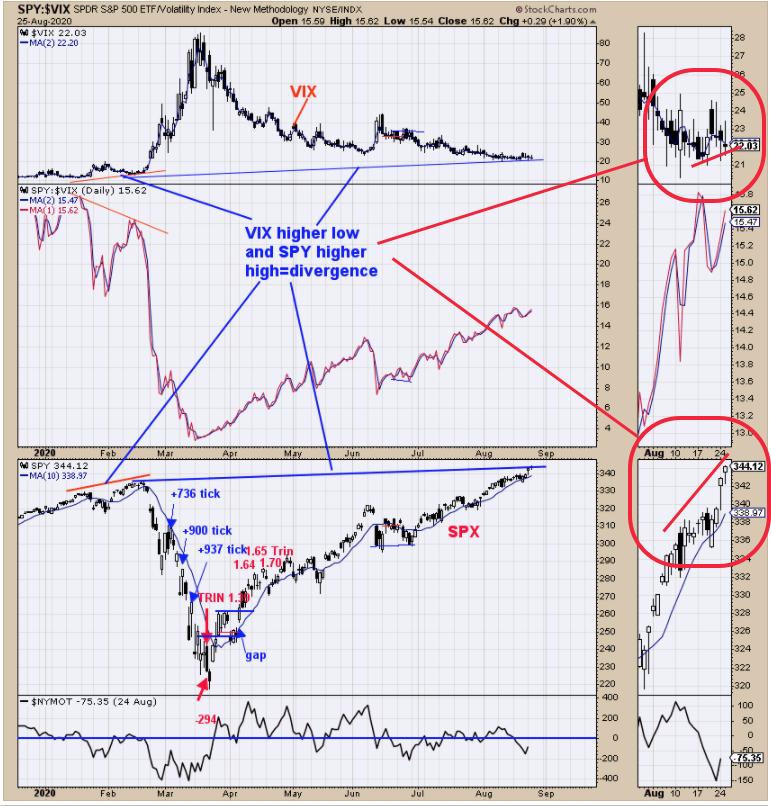 Yesterday we said, "Back in February the SPY was making higher highs and the VIX was making higher lows suggesting a short term high was not far off; then comes March. Since Early August the SPY was been making higher highs and the VIX has been making higher low suggesting a high in the market is not far off." Today marks four days up in a row on the SPY; 4 days up is higher within 5 days 83% of the time. Therefore, a top in the market is not likely until next week at the earliest. If August closes at an all time high, then September is down 79% of the time (Steve Deppe). Momentum rules for now, but divergences are present. We would like to see an uptick close greater than +500 to suggest exhaustion of the uptrend for short term; today's TICK closed at +202. 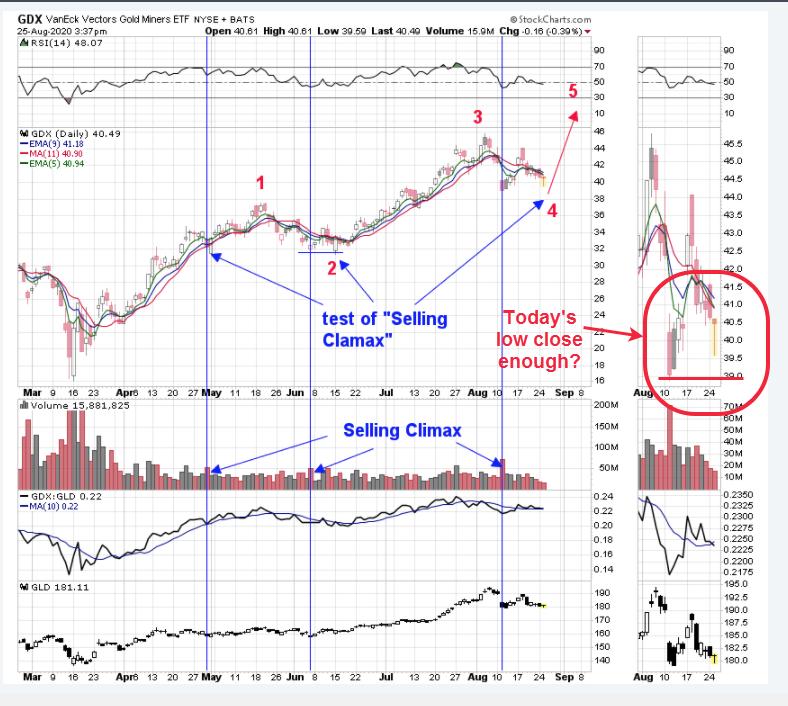 We posted this chart yesterday, and said, "An Elliott wave 1 topped in mid May. Wave 2 down ended on June 15 which was the test of the 'Selling Climax' low of June 5. Wave 3 up ended in early August. Wave 4 down is in progress now and could end with a test of the "Selling Climax" low of August 11 near 39.00. From there Wave 5 may start that could see new highs. Wave 4 appears to be forming an 'ABC' where 'C' is a test of the 'Selling Climax' low. This scenario may change but that is what it looks like now." The question now is, was today's low close enough to the "Selling Climax" low of 8/11 to complete the bottom process? Test or no test. Another up leg is coming that should hit new highs. Long GDX on 7/8/20 at 38.62.