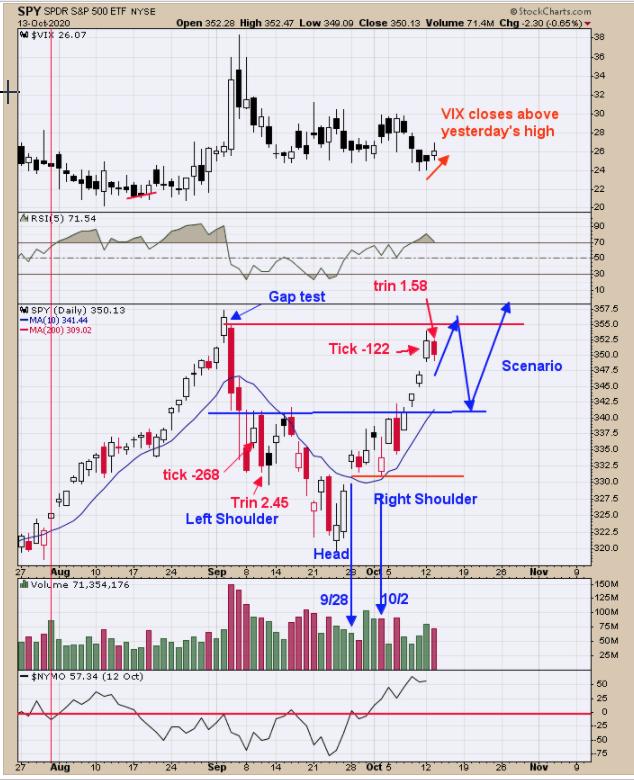 Yesterday, the TICK closed at -122, which is at the low end of the panic range and not that reliable; TRIN closed today at 1.58 in the panic range. This combination can lead to short-term rallies, but are not that reliable. Today, the VIX closed above yesterday's high, suggesting SPY may close below yesterday's low. This would put the SPY into yesterday's gap range. If this condition unfolds and the TICKs close below -200, that could set up a signal for a rally to the September gap range near 356 SPY level. Being patient for now. 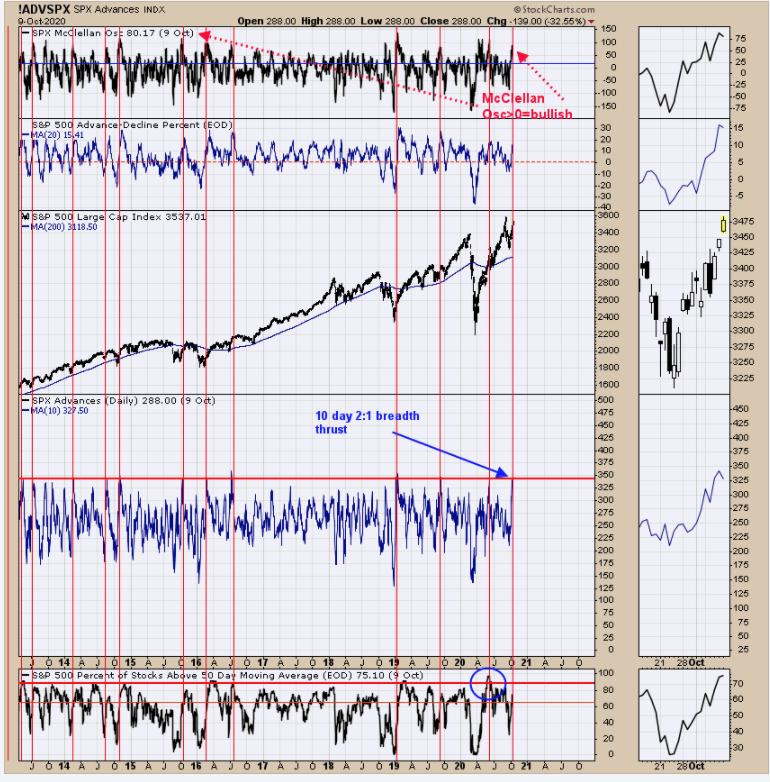 Yesterday we said, "The second window up from the bottom is the 10-day average of the breadth, which reached a 2:1 breadth thrust on Friday. The red vertical lines show the previous 2:1 breadth thrust. This indicator is more for intermediate-term and suggests an intermediate-term rally is starting. There can be short-term pullbacks but, in general, the market should work higher in the coming months." We are three weeks to election and it would seem volatility would be increasing, as neither Trump nor Biden is a "shoo-in" and markets do not like the unknown. 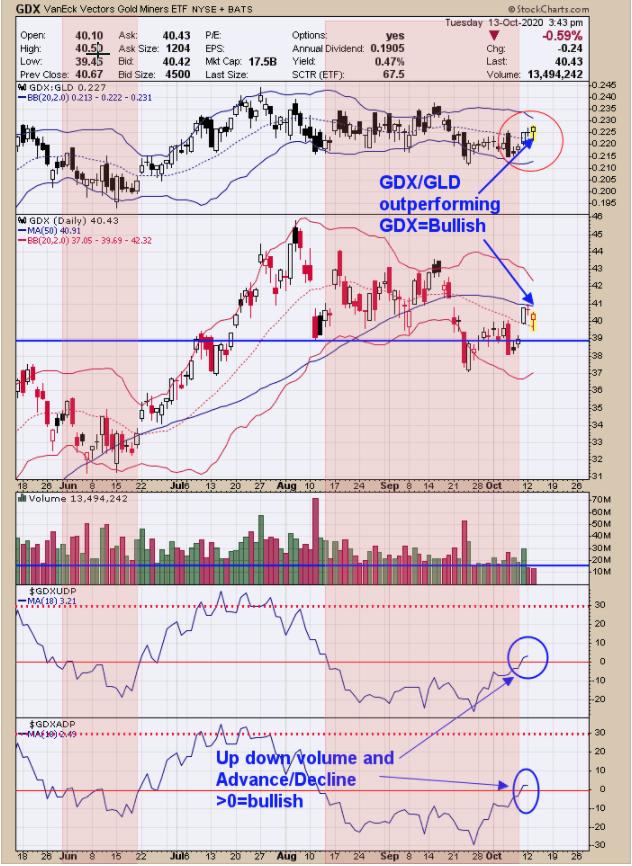 The bottom two windows are the 18 average of the Advance/Decline and 18 average of the Up Down Volume. When both are above "0" (which they are), that is a bullish sign for GDX (the pink-shaded area is when both are below "0", which is a bearish sign.). The next window up is the GDX/GLD ratio and a close above its mid Bollinger Band is a bullish sign. In bullish GDX moves, the GDX/GLD ratio outperforms and leads GDX. Today, GDX/GLD ratio closed above Friday's high, suggesting GDX will break above Friday's short-term. It appears the next impulse wave higher has started and new highs in GDX are possible. Long GDX on 10/9/20 at 40.78.