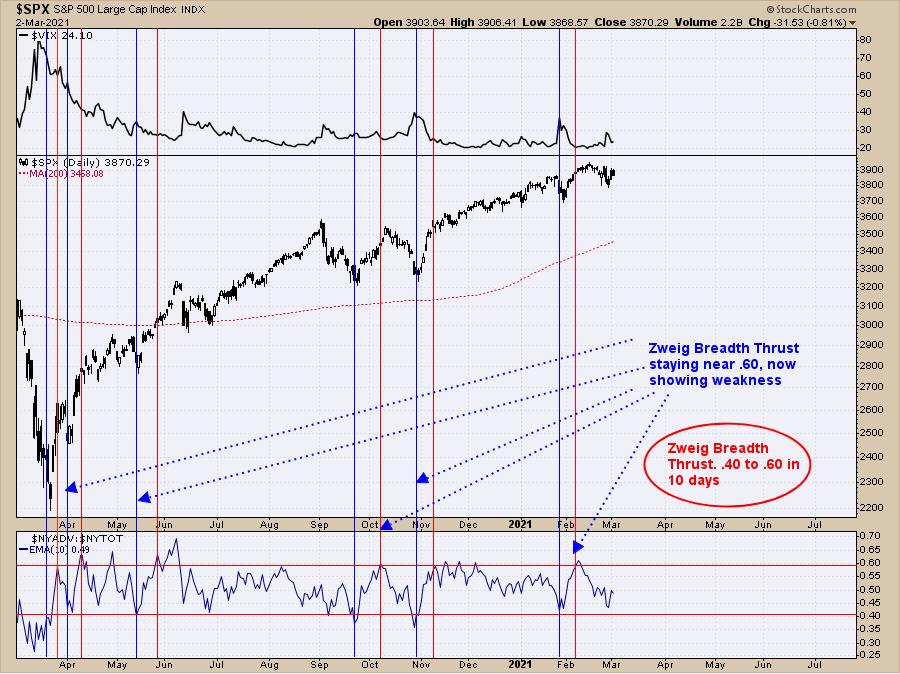 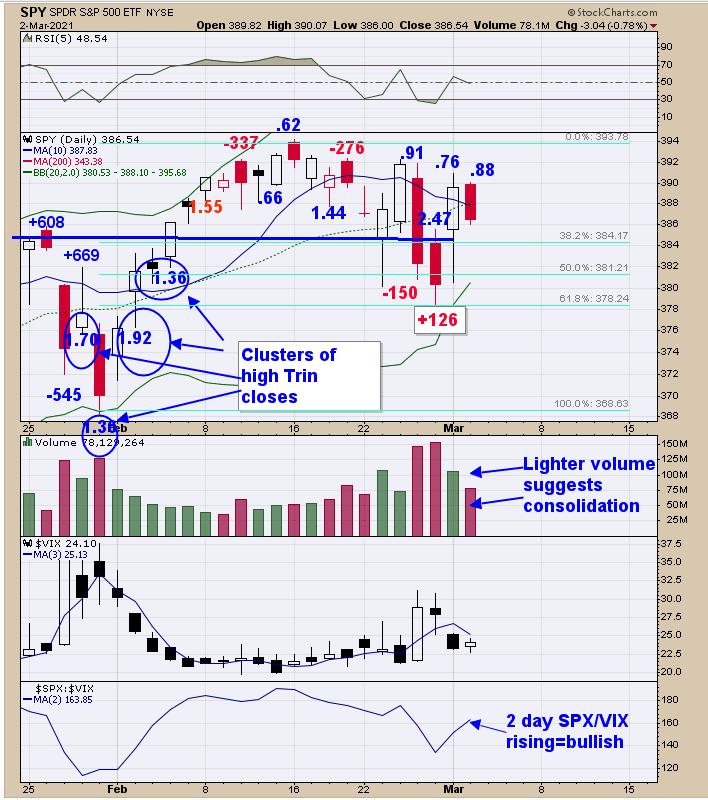 The bottom window is the two day average of the SPX/VIX ratio. This ratio helps to define the trend for the SPX. A rising ratio is bullish and a declining ratio bearish, The tick and trin closes the last couple of days have neutral readings and not giving much information. The volume has dropped off the last couple of day and that may be due to Mr. Powell who speaks at a Wall Street Summit on Thursday. Going into events like this market can become quiet. Most likely Powell will speak in market friendly terms. You will know a favorable outcome for the market will come to pass if the TRIN starts to exceed 1.30 during or after his speak. 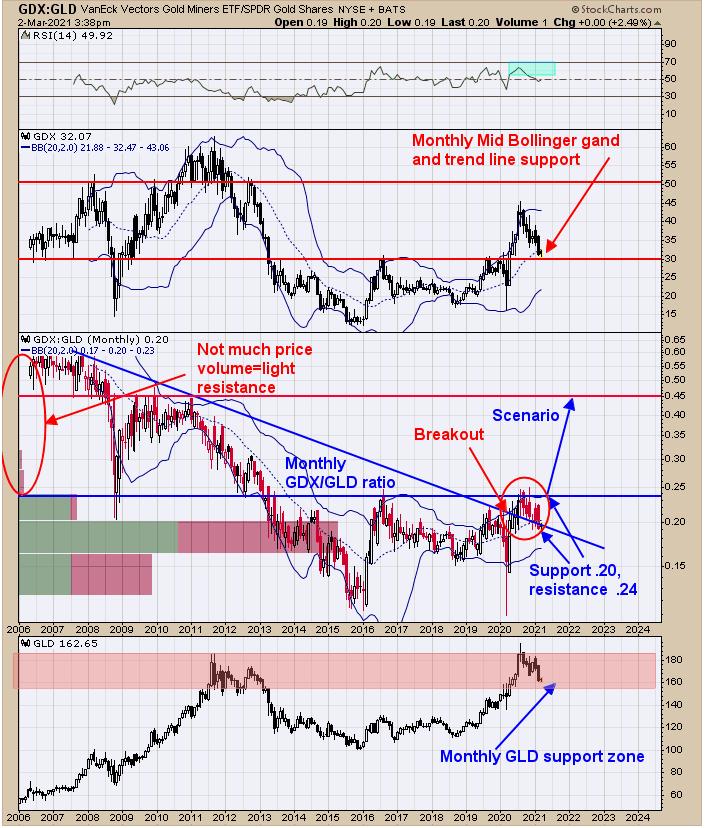 The second window up from the bottom is the monthly GDX/GLD ratio. This ratio has been trending sideways since 2013 between .25 to .10. Monthly GDX/GLD has tested the .25 range for the third time back in August of last year and has not backed away that much. Its has broken above the monthly downtrend line connecting the highs going back to 2007 (bullish) and next it would need to break above the horizontal resistance near .25. A break above .25 on this ratio would send gold stocks flying (compared to gold) as there is not much volume between .25 and higher (pointed out on Volume by Price indicator).  Monthly GDX is at a trend line dating back to 2013 and the monthly mid Bollinger band; both of which suggest strong support. Market might need a gyration to get things going in the coming weeks. The market has taken its time, longer then expected, but should start to see positive results soon. Long GDX (10/9/20 at 40.78).