In our last submission, we wondered aloud, "Is it time to panic?" and, despite the ugly decline, our answer was a resounding "I don't think so." We allowed that the market might well have some more weakness to work off the over-bought condition, but my read was that there were far too many shorts and far too much stubborn bearishness. Additionally, I noted that the options premiums were more consistent with a ST low than an intermediate-term top. I felt that rather than planning for a bear market, we saw reason to be looking for a buyable low, which we thought remarkable. A few weeks later, the market made a good low and then began an 800-point rally.

When we last commented on the VIX, it had shot up dramatically at the start of a correction, which I took to be a generally constructive sign. Today, the VIX is lower than it has been in over a year, even as the market has deteriorated. This causes me at least a bit of concern. 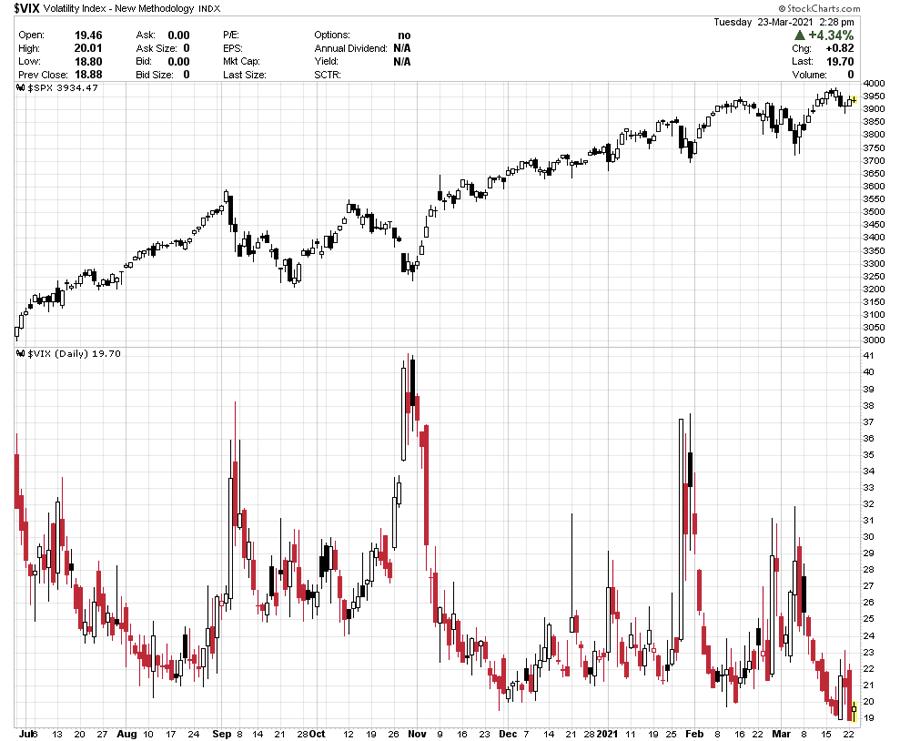 Similarly, the relative value of the VIX has fallen to levels that have been loosely associated with IT tops (though this is only a condition, not a surgical top-picking tool). This tool is very good at picking bottoms, but less useful for picking tops precisely. 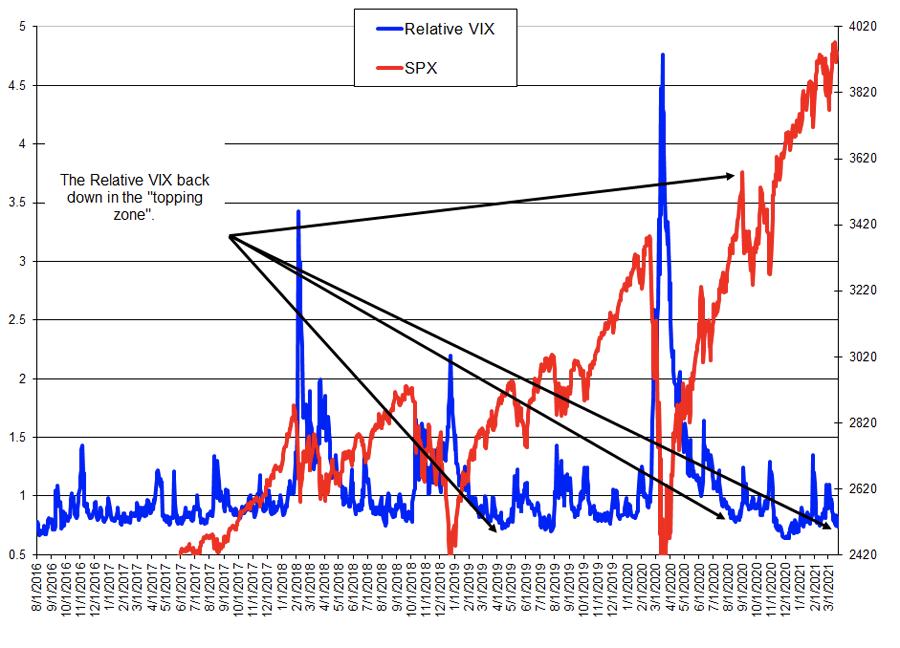 The NAAIM median exposure had pulled back, but last week, it shot up into IT Sell territory. However, as the chart shows, this is only a warning level. The NAAIM players are smart and very aware of the trend, and they are likely to be bullish for a long time before a major top. That said, I generally don't like big bullish shifts in NAAIM median exposure, especially above the 90 level. 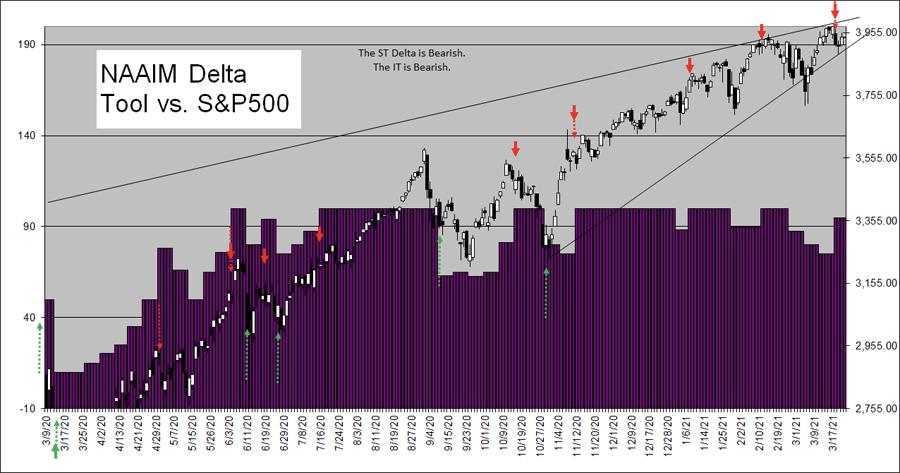 Note that NAAIM is not to be viewed as a surgical tool for top-picking either, since they do know what they're doing. On the other hand, AAII (individual investors) have been showing more Bulls than Bears for a while now, and for the past two weeks, they've been up in Sell territory, despite some dicey market action. These traders seem to be unfazed, as though they've been trained to ignore weakness. 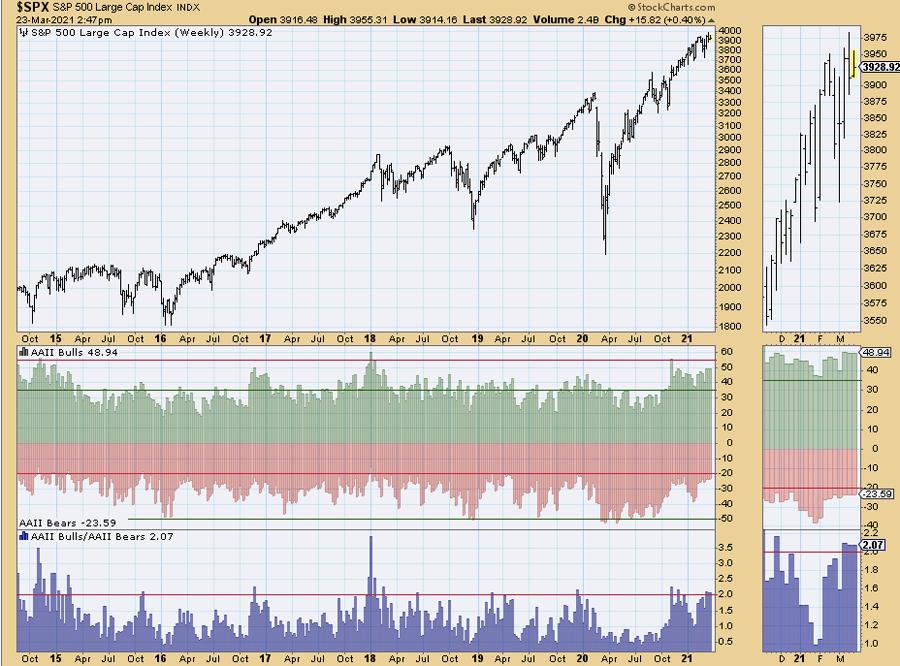 In addition to the excessive and stubborn bullishness among individual investors, there has been significant short-covering in the SH. They have covered something like 86% of their record levels of shorting in the SH (the Short S&P ETF). For the longest time, this crew was stubbornly short (representing support for the market), but finally, in recent weeks, these Bears seem to have largely capitulated. 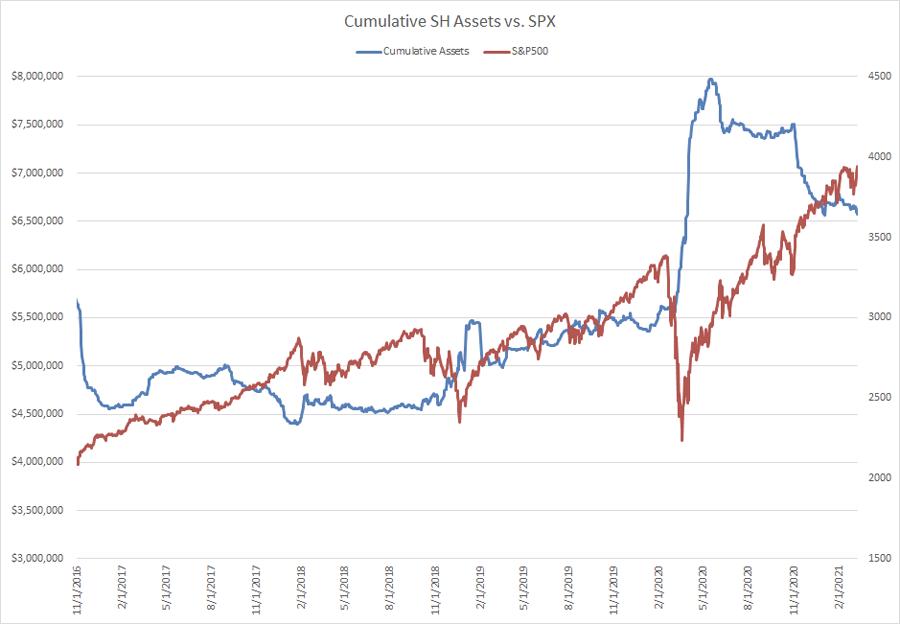 Now, sentiment alone isn't enough to stop a rally -- there needs to be something that the market doesn't like to trigger meaningful selling. One thing that might start bothering the market is the fact that the Long Bond is in a confirmed Bear Market. The TYX (Long yield) appears to have gone parabolic. Whatever Fed policy may be, the Bond Market Vigilantes may make enough of a ruckus to rattle the equity markets. 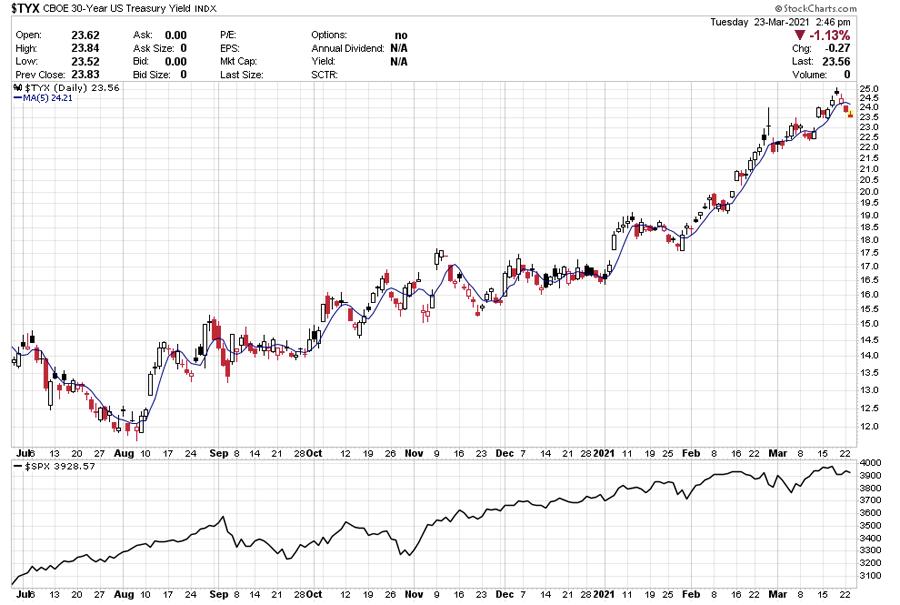 Breadth, too is suggesting that "somebody" is lightening up. When Breadth is sloppy on a good bounce in the market, it suggests that one or more big players are getting ready to take a little bit of money off the table. 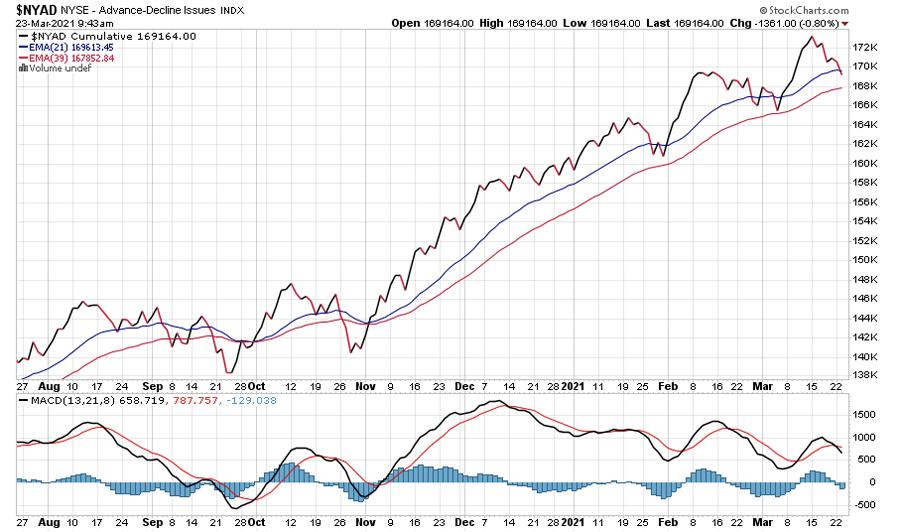 On the flip side, however, there seems to be no lack of availability of money. Not only that, but no concern about the banks' balance sheets, despite the adverse move in the long bond. 3-month AA rated Financial Commercial Paper is yielding just 12 basis points. If rising rates were about to throw markets into long-term chaos, it's very likely that concerns would leak into the Commercial Paper market first. That's not happening.

So, despite some legitimate concerns about this market and the need for a healthy correction, we see plenty of reason to be constructive on weakness here. I'm inclined to lighten up on riskier holdings and underperforming issues, and maybe write some calls vs. longs and take off leverage, but, should meaningful weakness develop, I'd be inclined to look for excuses to get back in, should the bottom-spotters trigger. I doubt the long side will be as easy as it was for the last year, but with liquidity where it is, buying dips for a trade seems likely to be a winning strategy.