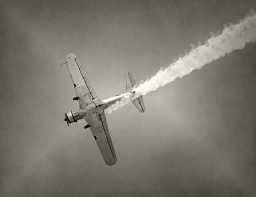 The story about Abraham Wald’s work as a member of the Statistical Research Group during World War II can shed some light into money management (widely disseminated as Abraham Wald’s Memo).  Wald was tasked with damage assessments to aircraft that returned from service over Germany, and determine which areas of the aircraft structure should be better protected.  He found that the fuselage and fuel systems of returned planes were more likely to be damaged than the engines.  He made a totally unconventional assessment: Do not focus on the areas that sustained the most damage on these planes that returned, but focus on the essential sections that came back relatively undamaged, such as the engines.  By virtue of the fact the planes returned, the heavily damaged areas did not contribute to the loss of the aircraft, but losing the engine would, and therefore would not return.  Hence focus on more armor around the engines.  For an airplane in battle, protecting the essential parts; and it will fly again.  Investing is not unlike an airplane in battle, protect the assets from destruction, such as large losses (drawdown), and the investor will live to invest again.  Most of modern finance is focused on the non-essential parts.  You can do an Internet search on Abraham Wald and find many examples with much more detail.  I first read about it years ago in a statistics book and have seen it repeated often.

I’m sure you are wondering why I told the above story.  It is a great example of survivorship bias.  Let me give you an example from the investment world.  Some of the big companies that rank mutual funds do so in many different ways, such as, large cap growth.  They will show the results of hundreds of funds in the large cap growth category and their performance statistics for the past 10 years and often longer.  They will state some averages like the funds in this category grew from 2005 until 2015 at an average of 163.2%.  Sounds good doesn’t it?  The problem is that the big company (the one with a candle pattern name) only included the funds that survived for that 10+ year period.  Not all mutual funds survive.  If they had included all of them, including the ones that had less than a 10- year record, the performance growth number would be considerably smaller.  The funds that ceased their existence did not do so because they were stellar performers; they did so because they were dogs.

The numbers of funds that simply go missing is astonishing. In A Random Walk Down Wall Street Burton Malkiel found that 15% of US funds disappeared between 1988 and 1991. In the UK a study by Luke Schneider showed that of 1008 funds available to the private investor in 1992 only 491 were still trading in 2003. This is not a minor problem.

Incidentally Schneider also showed that the average mutual fund investor even managed to significantly underperform this debased benchmark by around 2% per year through overtrading. Investing in active funds carries risks other than the obvious one of picking dubious funds, it also brings with it a mindset that it’s possible for an individual to outperform the index. Normally it isn’t.

This survivorship effect, added to the impact of active manager funds, drives most low cost index trackers (do watch out for those indexers with TER’s over 0.5%) up into the top performance echelons of their sectors. Even the long quoted outperformance of small cap active funds over index trackers turns out to be a figment of the data.

Be alert for this as the data is essentially useless; it only shows the survivors, which may or may not be useless.  My goal was to once again point out all the deception that goes on in modern finance.