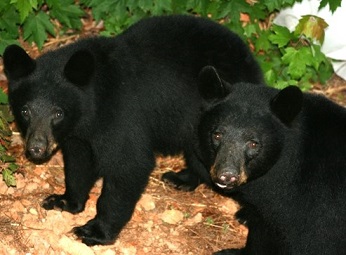 I would imagine there are many readers that are fairly new to market analysis and in particular, technical analysis.  We have had 10 bear markets in the S&P 500 Index since 12/30/1927 and 15 bear markets in the Dow Jones Industrial Average since 2/17/1885.  A bear market is defined as a drop of over 20% from the previous high.  Not sure who said or claimed this, but I’m accepting it.  Our last bear market lasted from 10/9/2007 until 3/9/2009 (top to bottom).  If you have not been an investor or trader during a bear market (last 8+ years), then you have missed one of life’s educational events.  Let me introduce a bear market to you using the Japanese Nikkei Average.

Chart A is the Nikkei Average from mid-1988 until what appears to be the end of the bear in mid-2003.  Let’s see; that is over 15 years.  The red rectangle shows an area of sideways markets that I’m sure the experts on the financial media called the bottom of the bear a few hundred times.  Were they correct?  After about 10 years of ups and downs, the bottom fell out.  The entire 15+ year decline was almost an 80% decline.  If your portfolio dropped 80%, then it would take a gain of 400% to get back to even. When was the last time you made that return? 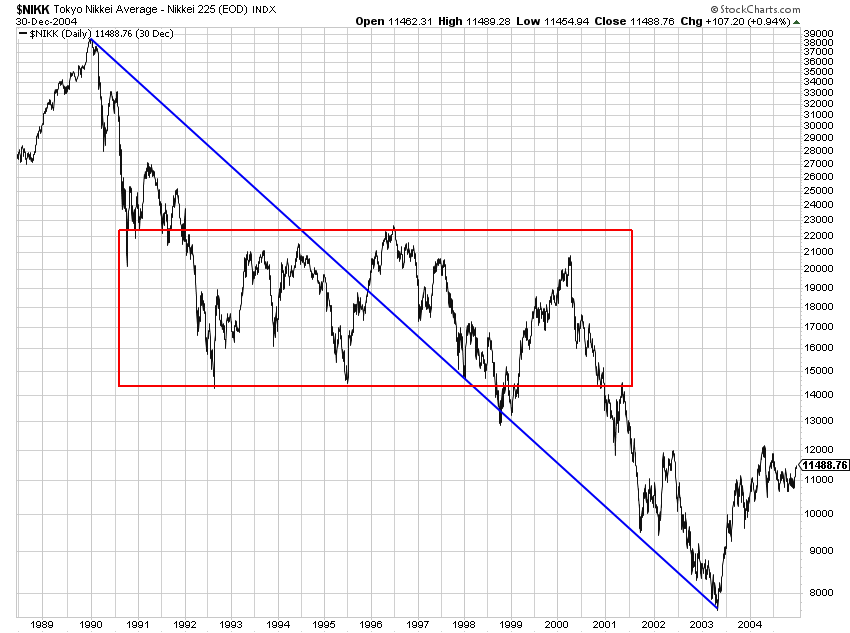 Chart B is the same data only it is updated to current date.  I kept the annotations on it for perspective.  You can see that even though the decline ceased; the market has yet to get back above the top of the red rectangle or the top of the sideways action that occurred in the middle of the giant decline.  How would you like to be a buy and hold investor in Japan; after almost 28 years you are still well below where you started, if you started at the end of 1989.  If you were in your late 30s, you are now probably retired, and working as a greeter in Walmart. 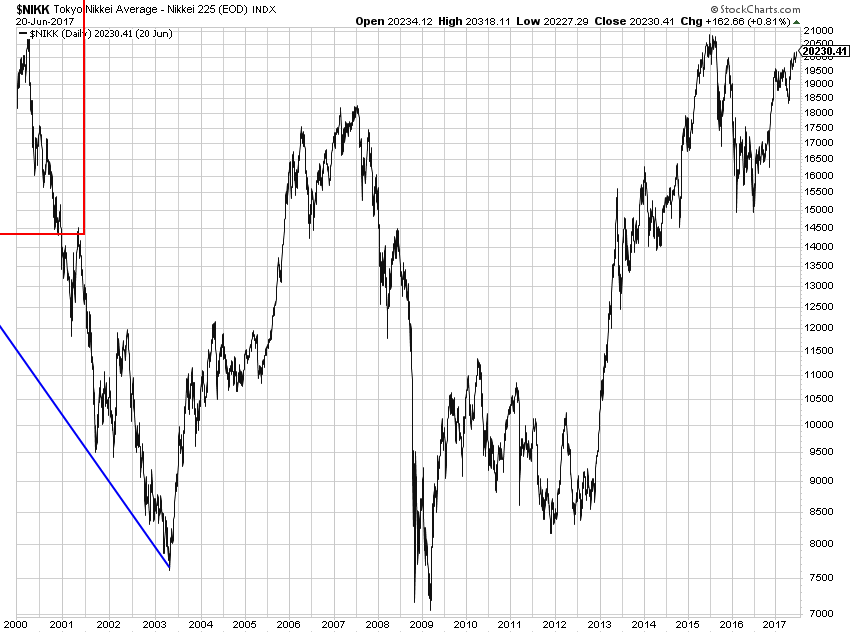 The photo of the two bears was taken in my neighbor’s backyard.