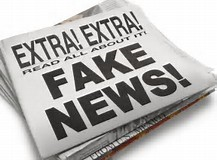 I have written about how inept the news is when it comes to the financial and stock markets before.  Since I am retired I am trying to wean myself from the news.  It isn’t easy as I’ve been a news junky for decades.  In this article, I’m going to stick to the news generated by the financial press even though I think news today has become unreliable and downright embarrassing.  I was watching a financial news show the other morning (Monday, Aug. 28) where the anchor speaks with a British accent.  He is quite good at his job but he is constantly trying to relate the most recent “breaking” news with what is happening with the market.  This morning, a couple of days after the hurricane Harvey struck Houston, he just cannot understand why the market opened to the upside.  He hints that the market is not paying attention.  It is he, who is not paying attention.   There is only one fact that answers his question and that is simply that there was more buying enthusiasm than selling enthusiasm.  Any other answer is just a guess.  We do not know why investors and traders are doing what they are doing.  There is no way to measure it, and if you cannot measure it, you cannot rely on it.

Because Houston is the source for much oil refining, he then acts like he is  in total shock why the price of oil did not rise.  These types of examples, of his tying breaking news events with stock market action, probably represent the views of most of Wall Street.  Why?  Because the more confusion caused by associating reasons with the unknown, the more help investors will probably need from professionals. Too many think the market reacts to every little news detail and they can produce a huge list of examples where it has.  You can also produce an even larger list where it hasn't.

Here is a humorous attempt to portray some of the daily noise often referred to as news:

On Wall Street today, news of lower interest rates sent the stock market up, but then the expectation that these rates would be inflationary sent the market down, until the realization that lower rates might stimulate the sluggish economy pushed the market up, before it ultimately went down on fears that an overheated economy would lead to once again an imposition of higher interest rates.

Rolf Dobelli, writing for The Guardian, on April 12, 2013, in an article entitled “News is bad for you – and giving up reading it will make you happier,” listed these problems with news:

News has no explanatory power

News is toxic to your body

He claims he has gone without news for four years and says it isn’t easy, but it’s worth it.  Since he wrote for a news organization I would imagine he is also looking for work.

“If you can distinguish between good advice and bad advice, then you don’t need advice.” VanRoy’s Second Law

I’m constantly amazed at the media’s attempt to justify every move in the market with something in the news, whether it be economical, political, monetary, or whatever.  If the market is up over the last hour, they find a positive news item to justify it.  If the market is down, then a negative news item is used.  There are other ongoing and constant drumbeats of useless information droning throughout the day while the market is open.  Some are just plain wrong, such as “the market is down today because there are more sellers than buyers.”  It is a free trading market; so, for that to work; there has to be the same number of buyers and sellers, no matter what the market is doing. They would be correct if they said that the market sold off today because there was more selling enthusiasm.  And finally, there is the endless supply of questions for the experts.

Here are some other examples of noise accompanied with personal reflection:

“stocks are under pressure” – why?

“more sellers than buyers” – impossible on a share basis

“what is causing this decline today?” – always seeking a reason – rarely correct

“how do you think the market will end this year?” – forecasting is a fool’s game

“cash on the sidelines” – how can that be, when you sell a stock someone has to buy it

“the latest survey says…” – who cares

“sorry Pope Francis, we have to cut you off because earnings reports are coming out.” – pathetic

“asking a long time buy and hold manager what he thinks of the market” – hmmm, let me guess

Trade in the Silence,