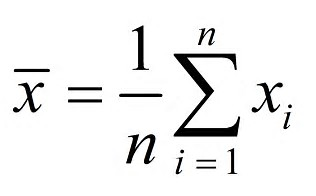 I mentioned in the last article I would discuss ‘average’ soon; so here it is, sooner than I thought.

I think that most investors have about 20 years, maybe 25 years, in which to accumulate their retirement wealth.  In their 20s and 30s, it is difficult to put much money away for many reasons such as: low incomes, children, materialism, college, etc.  Therefore, with that information, what is wrong with this chart?  It is for an 85-year investment and people do not have 85 years to invest.  As said earlier, most have about 20 years to acquire their retirement wealth and there are many 20 years periods in this chart where the returns were horrible.  The bear market that began in 1929 did not fully recover until 1954, a full 25 years later.  1966 took 16 years to recover and 1973 took 10 years. 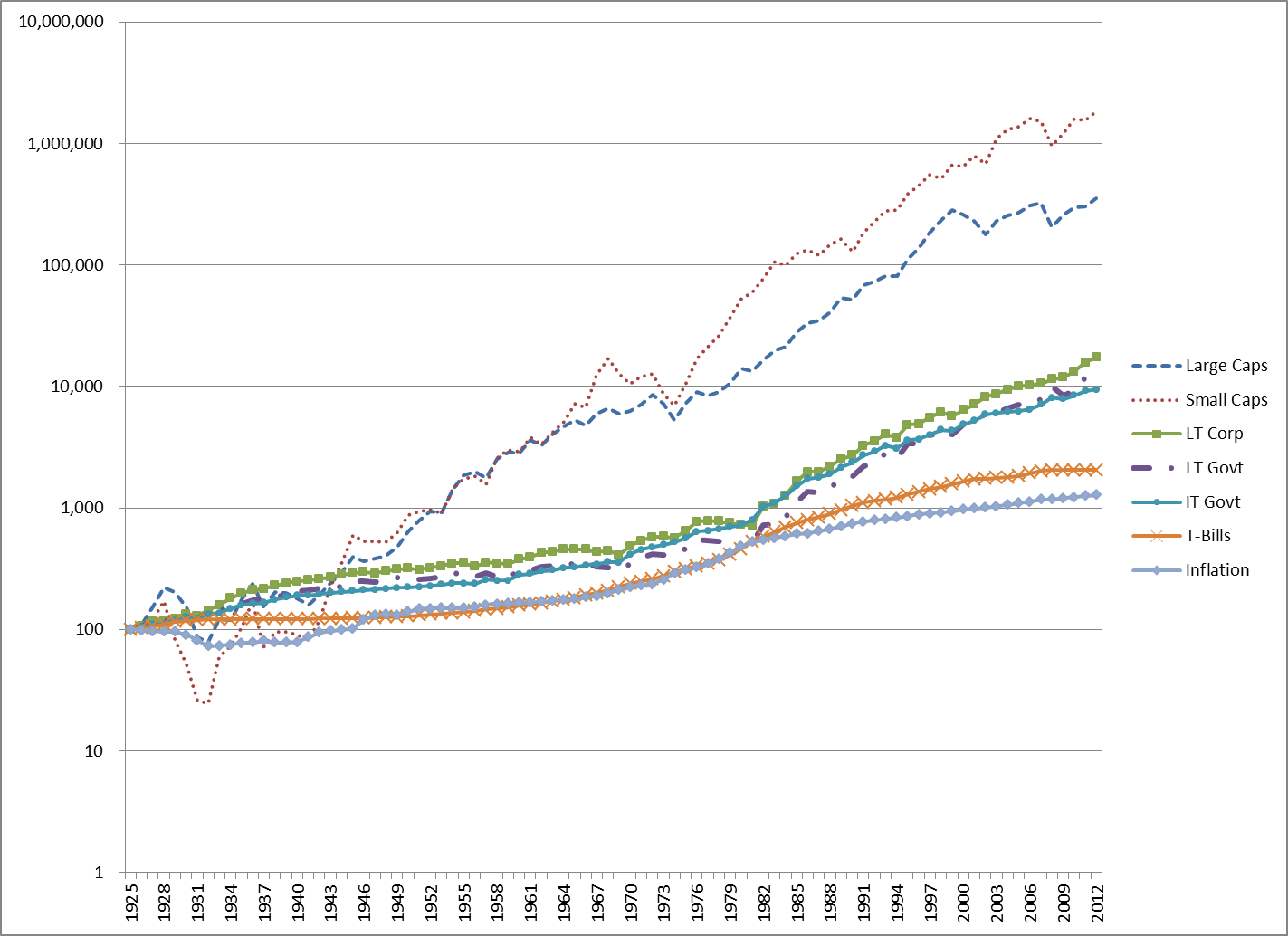 Table A shows the performance numbers for the asset classes shown in Chart A (LT – Long Term, IT – Intermediate Term).  The cumulative numbers in Table A begin at 1 on December 31, 1925.

Recall in Chart A that the small cap and large cap compounded returns were about 12% and 10% respectively?  Chart B shows rolling 10 year returns by range since 1900.  A rolling return means it shows the period from 1900 – 1909, 1901 – 1910, 1902 – 1911, etc.  You can clearly see that the small stock and large stock returns depicted in Chart A fall within the middle range (8% - 12%) in Chart B, yet of all the 10 year rolling periods, only 22% of them were in that range.  Often average is not very average.  It reminds me of the story of the six-foot-tall Texan that drowned while wading across a stream that averaged only three feet deep. 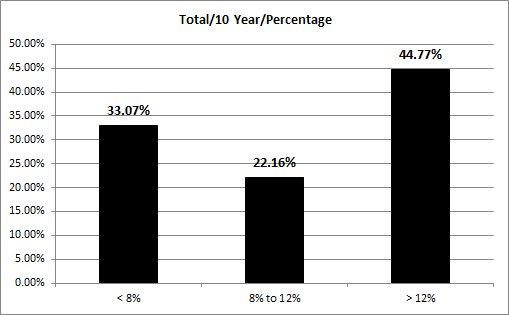 Chart B Distribution of Returns based upon Percentage

Chart C shows the 20-year rolling price returns for the Dow Industrials.  The range of returns in this 127-year sample (1885 – 2012) is from a low on 08/31/1949 of -3.71% to a high on 3/31/2000 of 14.06% which is a 17.77% range.  To help clarify rolling returns, on 8/31/1949 (the low point on the chart), if an investor was in the Dow Industrials from 9/30/1929 until 8/31/1949, they had a return of -3.71%. Complementary, if one invested on 4/30/1980, then on 3/31/2000, they had a return of 14.06%. The mean return is 5.2% and the median return 4.8%.  When median is less than mean, it simply means more returns were less average.  If you recall the long-term assumptions that are often used in the first part of this article (Chart A), you can see there is a problem.  The magnitude of errors in assumptions of long-term returns cannot be overstated and certainly cannot be ignored.  This variability of returns can mean totally different retirement environments for investors who use these long-term assumptions for future returns.  It can be the difference between living like a king, or living on government assistance.  Institutional investors have the same problems if using these long-term averages. 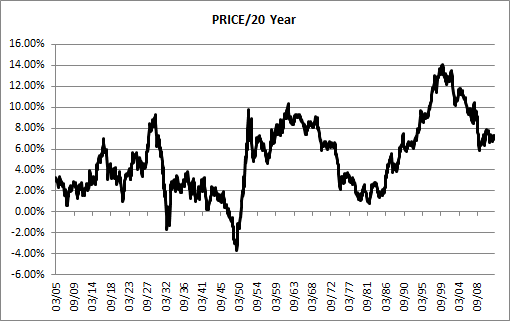 This is important!  One of the primary beliefs developed by Markowitz in the 1950s as the architect of Modern Portfolio Theory; was the details on the inputs for the efficient investment portfolio.  In fact, his focus was hardly on the inputs at all.  The inputs that are needed are expected future returns, volatility, and correlations.  The industry as a whole took the easy approach to solving this by utilizing long-term averages for the inputs.  In other words, one full swing through all the data that was available; and the average is the one used for the inputs into an otherwise fairly good theory.  Those long-term inputs are totally inappropriate for the investing horizon of most investors; in fact, I think they are inappropriate for all human beings.  While delving into this deeper is not the subject of this article, it once again brings to light the horrible misuse of average.  These inputs should use averages appropriate for the investor’s accumulation time frame.

Everything with Four Legs is a Pig

While this is unrelated to investments and finance, it is a story about averages which offers additional support to this topic.  Doctors use growth charts (height and weight tables) for a guide on the growth of a child.  What folks do not realize is that they were created by actuaries for insurance companies and not doctors.  As doctors began to use them the terms overweight, underweight, obese, etc. were created based upon average.  So, if your doctor says you are overweight and you need to lose weight, he is also saying you need to lose weight to be average.  And from a Wall Street Journal article by Melinda Beck on July 24, 2012… “The wide variations are due in part to rising obesity rates, an increase in premature infants who survive, and a population that is growing more diverse. Yet the official growth charts from the Centers for Disease Control and Prevention still reflect the size distribution of U.S. children in the 1960s, '70s and '80s. The CDC says it doesn't plan to adjust its charts because it doesn't want the ever-more-obese population to become the new norm.”  And now you know.

Try not to be Average,