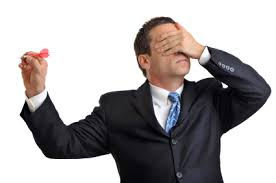 I’m always trying to come up with new ideas for articles and don’t mind if I cross the line a little bit even if it offends a few – I just don’t want to offend everyone; certainly not all at once.  This one is going to do just that – I think.  My articles are rarely about current market action and more focused on the many lessons I have paid dearly for over the last 45 years.  I often say that I have multiple Master’s Degrees in what not to do.

“You don’t need a weatherman to know which way the wind blows.”  Bob Dylan

I vividly recall reading many newsletters back in the 1970s and 1980s.  I wanted to know what the experts thought.  Why did I do that?  I think it was because I did not have the confidence in my own analysis and wanted support from a purported expert.  In hindsight, I realize that believing there were experts was the problem.  It is almost a circular issue, you want to believe a forecast, but you don’t know who to believe.  So, let me state upfront this:

“I honestly do not believe anyone knows what the market will do tomorrow, this week, next month, next year, or any time in the future.”  Greg Morris

I have to add to the above by stating that many will say they can, however, I doubt any would bet their life on it.  And that is the difference, in today’s constant media parade of experts, pundits, television personalities, there are no significant consequences for making a wrong forecast.  Let me share a story; one that I have shared before.  Nobel Prize-winning economist Kenneth Arrow has his own perspective on forecasting.  During World War II, he served as a weather officer in the U.S. Army Air Corps and worked with individuals who were charged with the particularly difficult task of producing month-ahead weather forecasts.  As Arrow and his team reviewed these predictions, they confirmed statistically what you and I might just as easily have guessed: The Corps’ weather forecasts were no more accurate than random rolls of a die.  Understandably, the forecasters asked to be relieved of this seemingly futile duty.  Arrow’s recollection of his superiors’ response was priceless: “The commanding general is well aware that the forecasts are no good. However, he needs them for planning purposes.”  Peter Bernstein, Against the Gods, page 203.

Because of human frailties, I do believe predictions and forecasts are somewhat necessary.  What comfort it is to an investor to be on the same side as someone who has made a few successful predictions.  This is not unrelated to the confirmation heuristic mentioned in an earlier article.  The problem is that you probably have not adequately researched the expert’s track record.  An advisory service called CXOAdvisory.com provides detailed records on a large number of forecasters.  They have an entire section devoted to GURUS.  Here are the two questions they ask at the beginning of that section: “Can experts, whether self-proclaimed or endorsed by others (publications), provide reliable stock market timing guidance? Do some experts clearly show better intuition about overall market direction than others?”  They address these questions with a logical and transparent process.  After following over 60 experts and thousands of observations, near the end of the Guru section, they conclude: “The overall accuracy of the group based on both raw forecast count and on the average of forecaster accuracies (weighting each individual equally) is 47%.  In summary, stock market experts as a group do not reliably outguess the market. Some experts, though, may be better than others.” Hmmm!  It seems like a coin toss, on average, would do better.

My formal education was in aerospace engineering.  My education in “The World of Finance” came and continues to come from people in the investment industry I have grown to respect.  I hate to list some as fear of leaving someone out, but Ed Easterling, John Hussman, Peter Bernstein, and James Montier are certainly at the top of the list.  Are these professionals always correct?  Of course not, but they usually admit it and they write in such a manner that they know the uncertainty is always there and yet present valid arguments on a wide host of topics and concepts.  The rest of the learning comes from reading literally hundreds and hundreds of white papers in finance and economics.  This process caused my concern at the insane use of advanced mathematics, usually in the form of partial differential equations, to supposedly assist in making the point that the paper was addressing.  I cannot tell you how many times I thought that most of the math was unnecessary and more often than not the paper would have stood alone without the math.  In many instances I think there is an attempt by most to overly complicate their work with mathematics with the belief that it brings credibility to their work.  Another reason, and one I certainly cannot prove, is that they also know that most people who read their paper, other than their peers, will not grasp the math and just assume it is valid and necessary.

The senior special writer, Carl Bialik, of the Wall Street Journal, who wrote a section called, The Numbers Guy was one of my favorite reads.   As I was wrapping up research for my book, Investing with the Trend, and thinking that I had included enough opinions about things without substantial evidence, I was delighted to find support from Carl for the section on “Masking an Intellectual Void.”  On January 4, 2013, he wrote two articles entitled, “Don’t Let Math Pull the Wool Over Your Eyes,” and “Awed by Equations.”  Those articles referenced two papers that gave support to my belief in the overuse of mathematics and how readers of white papers generally were impressed with what they actually did not understand.  Research was conducted using only the abstracts of two papers, one without math, and one with math; the catch being that the one with math was bogus, totally unrelated to the paper.  Yet, the highest percentage of participants who gave the highest rating to the abstract with added math, based upon the participants’ educational degree, was as follows:

I think this shows that those who had a high probability of not understanding the math gave the paper with the bogus math a higher rating, while those who possibly did understand the math; did not.  The message is simply, don’t be fooled into thinking someone is all-knowing because they use a lot of technical jargon.  They just might not understand it any better than you do, but they know they probably won’t get caught.

“There is always a reason for a stock acting the way it does. But also remember that chances are you will not become acquainted with that reason until sometime in the future, when it is too late to act on it profitably.”  Jesse Livermore

I cannot believe how often on the financial media they have an economist or politician and they are asking them for a market forecast.  They seem to believe that everything is tied together and in one giant state of equilibrium where the input from one affects all the rest.  Remember, this is not science.   Forecasting the future of monetary, economic, financial, or political possibilities has a serious flaw in that even if your forecast is close to being correct, or even if it is spot on, the assumption about how the market will react is where the big problem lies.  There is a flawed belief that positive events from political, economic, and monetary news will reflect positively on the markets.  Conversely, negative news events will reflect negatively on the markets.  This simply is not true.  You can see that there is hardly any useable correlation to these events and the markets; earnings announcements are a perfect example.  How many times have they been positive, and the stock market did not react accordingly?  The gap between a good economic or monetary forecast and the reality of what the market does is huge.  Ignore this noise and your trading will get better.

On March 11, 2008, CNBC’s Mad Money host, Jim Cramer emphatically said it was foolish to move money out of Bear Stearns.  He claimed that Bear Stearns was just fine.  He was totally wrong.  A week later JPMorgan agrees on March 16 to buy Bear for $236 million, or $2 a share, representing just over 1 percent of the firm's value at its record high close just 14 months earlier. The deal essentially marked the end of Bear's 85-year run as an independent securities firm. On Monday, March 17, Bear shares closed at $4.81 on optimism another buyer may emerge. The average target price: $2.  Don’t confuse advice from someone in the entertainment business with advice from someone who manages money.  In fact, don’t pay attention to anyone’s predictions.  No one knows the future!

Okay, that’s enough story telling.  What is the message here?  To be successful in the market, I strongly believe you need to find a process that you are extremely comfortable with, follow it with religious zeal and discipline, and turn off the noise.  The noise is really hard to ignore because they can make it sound so convincing.  I have repeated this message throughout this article because I believe it is true and necessary for success.