This article has absolutely nothing to do with trend following or the markets. I have two friends; one whose birthday is June 21 and the other whose birthday is December 21. The one in December always said she got shortchanged because she thought it was the shortest day of the year. I wrote this for them. Enjoy!

Let's begin with some things you need to know.

Tropic of Cancer, latitude approximately 23°27′ N of the Equator. This latitude corresponds to the northernmost declination of the Sun's ecliptic to the equator. At the summer solstice in the Northern Hemisphere, around June 21, the Sun attains its greatest declination north and is directly over the Tropic of Cancer.

Tropic of Capricorn, latitude approximately 23°27′ S of the Equator. This latitude corresponds to the southernmost declination of the Sun's ecliptic to the equator. At the winter solstice in the Northern Hemisphere, around December 21, the Sun is directly over the Tropic of Capricorn

(1)        All planets move about the Sun in elliptical orbits, having the Sun as one of the foci.

(2)        A radius vector joining any planet to the Sun sweeps out equal areas in equal lengths of time.

(3)        The squares of the sidereal periods (of revolution) of the planets are directly proportional to the cubes of their mean distances from the Sun.

It is Kepler's 2nd law that we need to understand. Below is an example of this law where the elliptical planetary movement sweeps out equal areas in equal time. 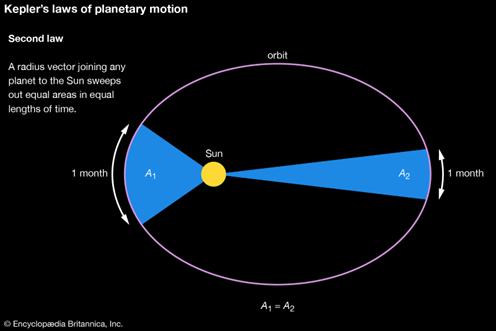 Please reference Image 2 to help understand the next two paragraphs. 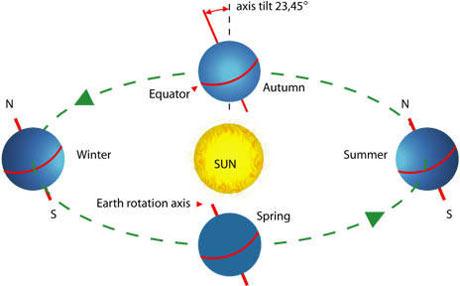 Okay, back to the purpose of this piece. How long is a day? Most will answer that it is 24 hours. Well, sort of, as that is how we attempt to measure a day but remember every four years we add a day on February 29th. That means each year we lose 6 hours. The best way to think of an actual or astronomical day is to put a stake in the ground and measure the shadow from one rotation to the next – that is an astronomical day.

If the Earth is closer to the Sun (left side) then the larger arc takes the shadow a longer period to make a full rotation. Hence in the winter (December 21), it is the longest astronomical day. Hey, we always thought December 21st was the shortest day, what's up? That terminology only applies to the day being the period of daylight. December 21 is the day with the least amount of daylight because the Sun is at its lowest point in the Earth's tilt. But it is the longest astronomical day.

About the author: Greg Morris has been a technical market analyst for over 45 years ranging from analysis software development, to website analysis and education, to money management. He has written four books: Candlestick Charting Explained (and its companion workbook), The Complete Guide to Market Breadth Indicators, and Investing with the Trend. A graduate of the Navy Fighter Weapons "Top Gun" School, Greg is a former Navy fighter pilot who flew F-4 Phantoms on the USS Independence.  He also holds a degree in Aerospace Engineering from the University of Texas. Greg has a long history of understanding market dynamics and portfolio management. Learn More
Blog Archives
Previous Article