The Russell 2000 is not the only index struggling right now. If you look at the Nasdaq Composite, Dow Utilities, S&P 400 and S&P 600, you'll see similar breakdowns.

The Russell 2000 has been traveling upward in a bearish ascending wedge. The expectation was a breakdown out of the wedge, and that has happened. Typically, that's about all you can expect from a wedge...that price will break down out of it, not how far or how long it will continue to decline. It doesn't look like this is the end of a decline for the Russell 2000, the PMO has turned down and nearly generated a PMO Crossover SELL signal as it narrowly avoided a negative crossover its EMA. I've annotated previous PMO negative crossovers that occurred in overbought territory, like this one should do. 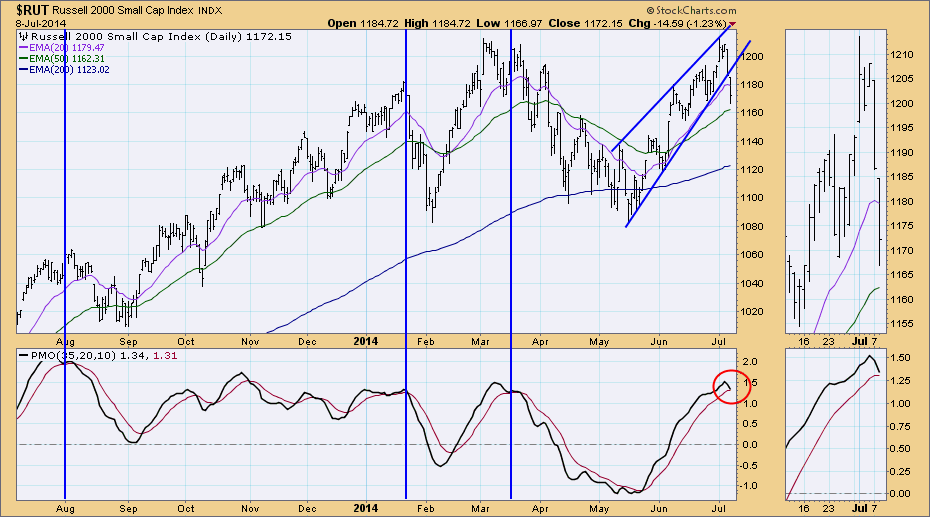 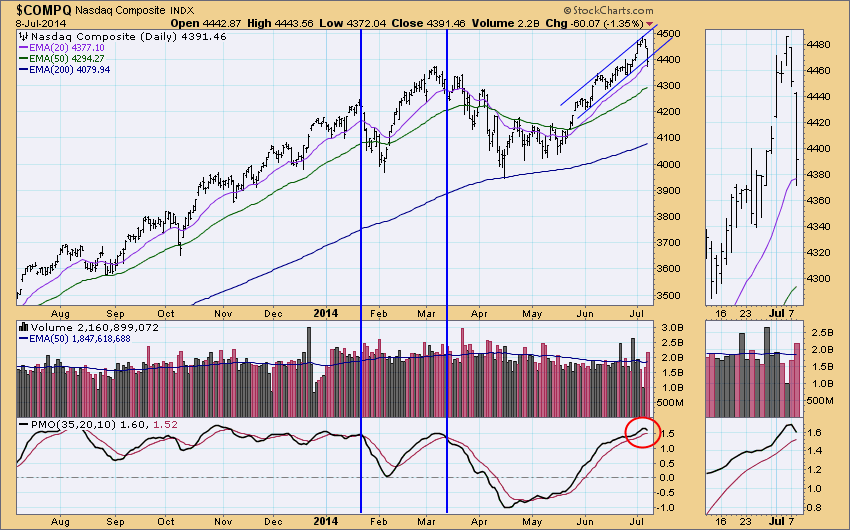 The S&P 600 is a small-cap index like the Russell 2000. Here we see that price has been traveling in a rising trend channel, but today it broke down below the bottom of the channel. The PMO has topped in overbought territory. Like the other charts, I note that previous PMO negative crossovers in overbought territory were excellent warning signs before declines. 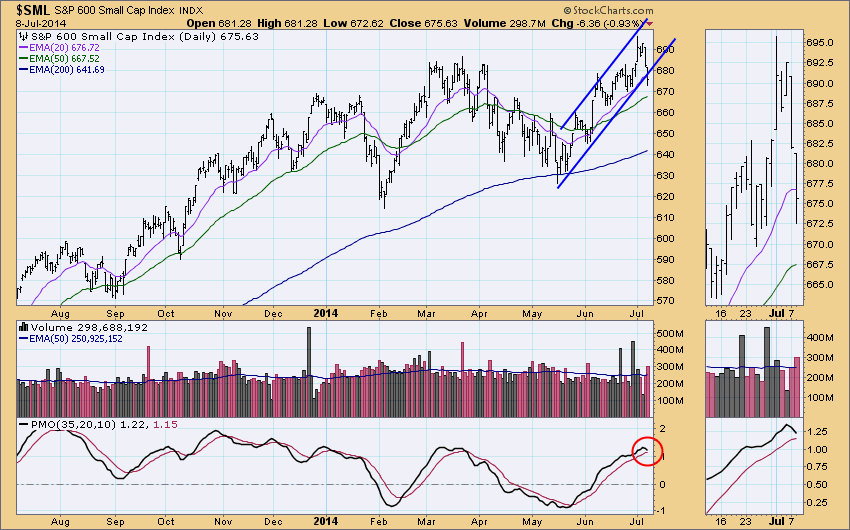 The Dow Jones Utility Average chart has a different look to it. Rather than a rising wedge or trend channel, I spotted a reverse flag formation. This is a bearish formation. The expectation is if price breaks down out of the flag, the pattern executes and the minimum downside target is the length of the flag pole below the top of the flag, so in this case the target would be around 525 to 530.  A PMO crossover SELL signal generated yesterday as the PMO crossed below its EMA which is more bearish news for utilities. 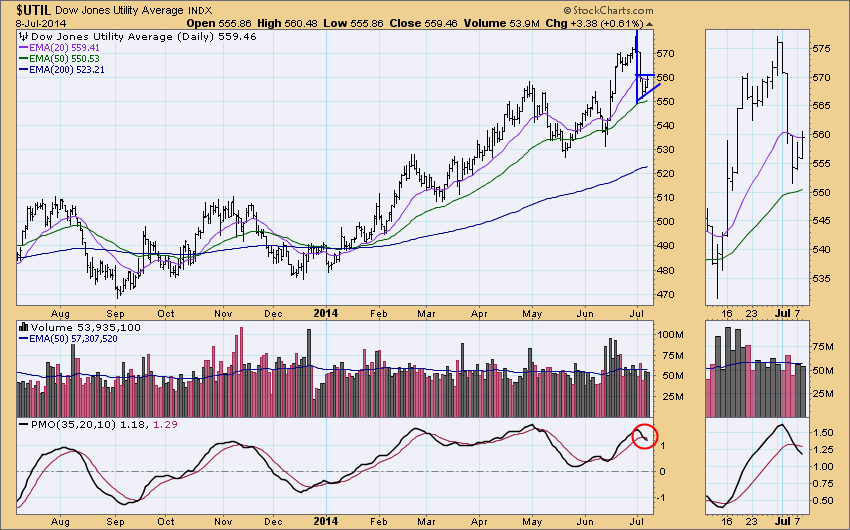 Price has been traveling in a short-term rising trend channel, but today broke down below it. The PMO negative crossover didn't actually occur today, but it will tomorrow. As with some of the other charts above, I've annotated the point when the PMO had a crossover SELL signal in overbought territory. In nearly all cases that crossover was followed by lower prices. 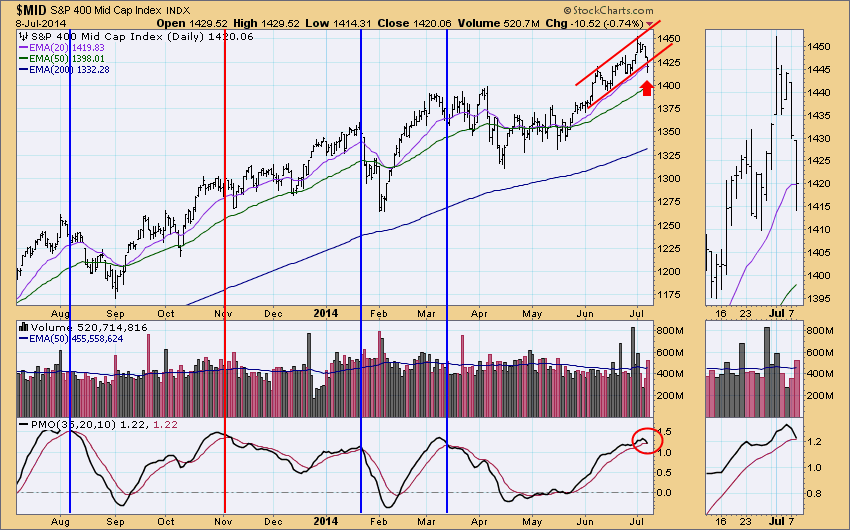 Many of the major indexes have broken down and a look at their charts shows that not only price is breaking down, but momentum is sliding. Negative crossovers and PMO SELL signals have happened or are in the process of occurring.

I'm really looking forward to meeting our subscribers at the upcoming ChartCon 2014 in Seattle. If you are interested in learning more about DecisionPoint market timing tools, how to read and understand Tracker reports, as well as create scans based on the PMO, then you will definitely want to attend one of the two DecisionPoint workshops I'll be leading at ChartCon. I'll also be holding a night time seminar for beginners on technical analysis and how to read charts. You and/or your significant other are welcome to attend! If you haven't bought your ticket to ChartCon, it is time to do so! There are only a few seats left and you don't want to miss this great opportunity to attend.