On the intermediate-term indicators, the ITBM and ITVM have had negative crossovers which is very bearish. The VTO has been trending lower since its recent top in November.  Notice also that the Price Momentum Oscillator (PMO) finally topped, although it hasn't had a negative crossover its 10-EMA. That will be very bearish as it will generate a PMO SELL signal. These tops have many times coincided with price tops. 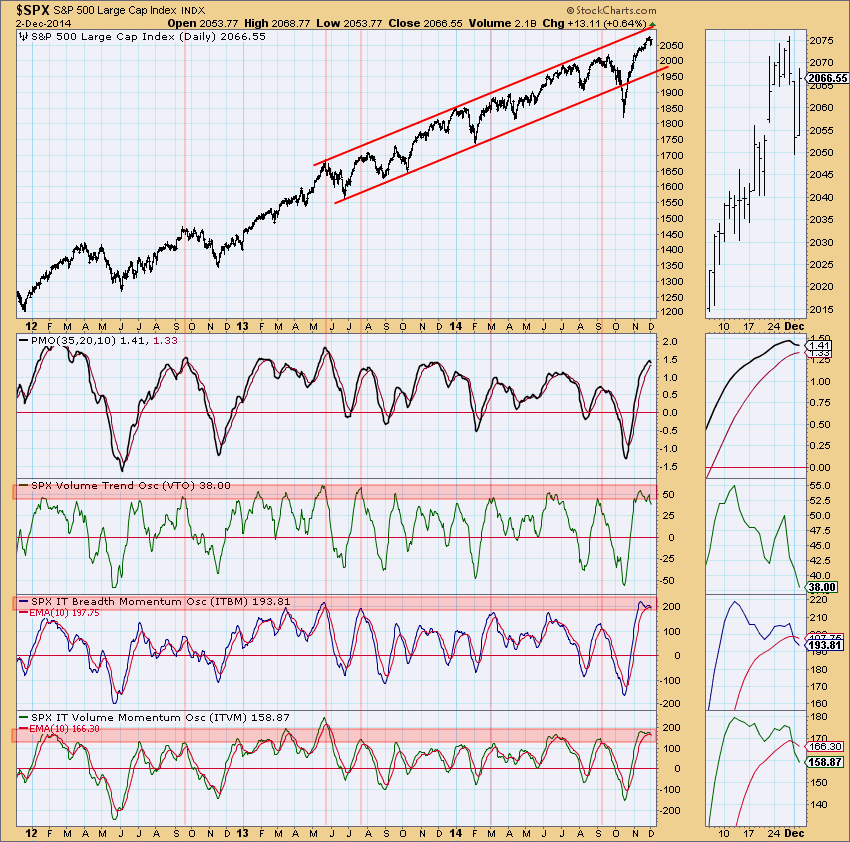 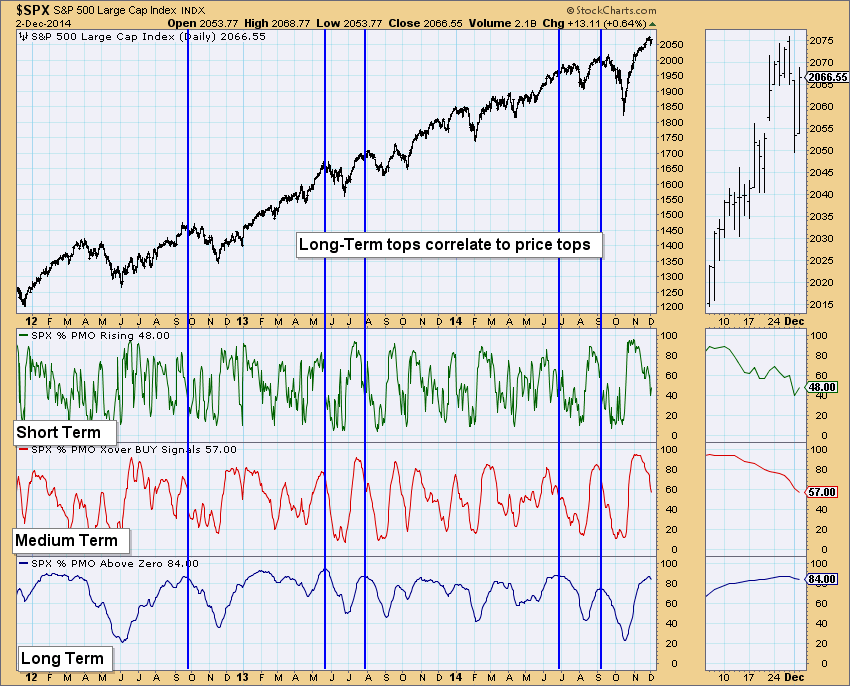 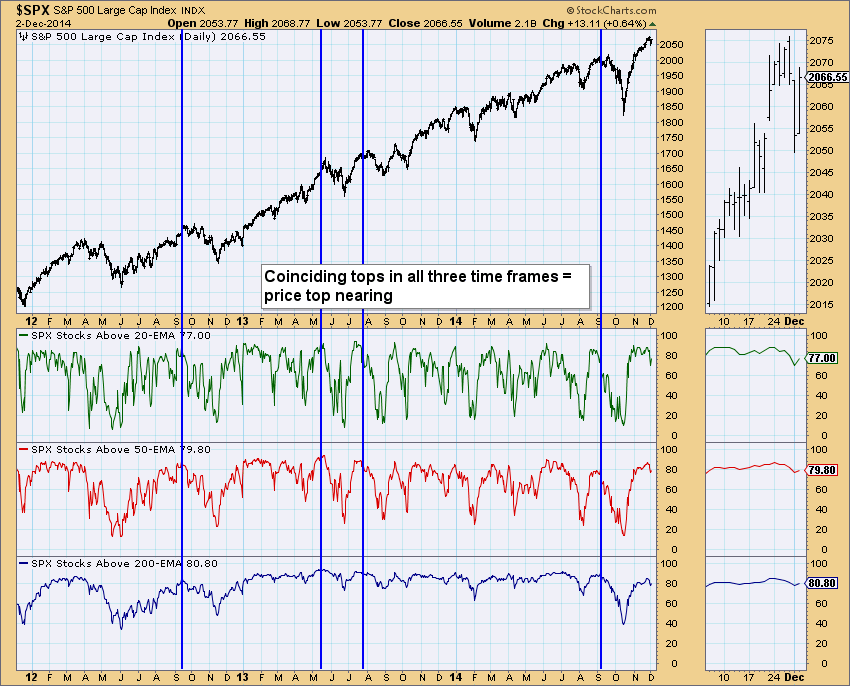 As intermediate- and long-term indicators begin topping, we've seen that price typically begins to consolidate or struggle against overhead resistance. We are in the midst of this struggle as price fights the downward pressure of this overbought market. Longer-term indicators are in line with medium-term indicators and in the case of the PMO Analysis and Stocks Above 20/50/200-EMAs charts, we see that short-term tops have occurred as well. It's just more support for a pullback or small correction.