Friday was a big day for Google (GOOG and GOOGL) with both the class "A" and class "C" stock up over +16% on earnings news. Actually, so far July has been a big month with GOOGL and GOOG being up about +30% since the July 7 low. 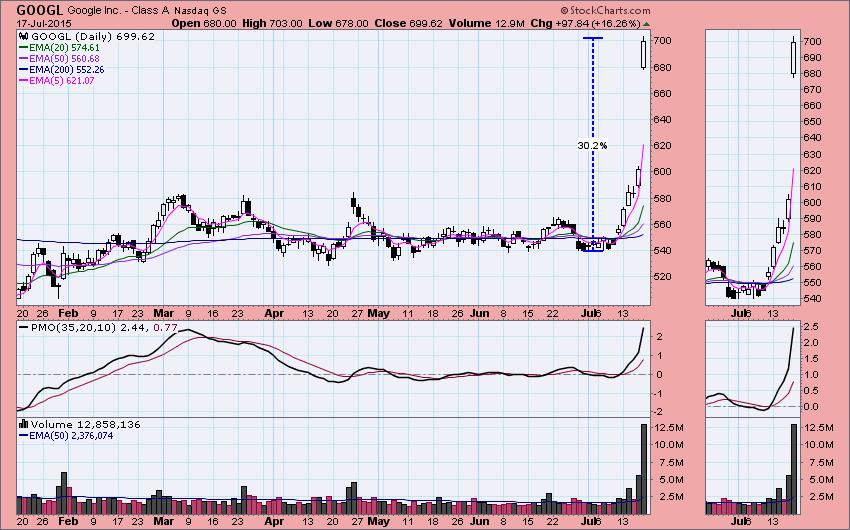 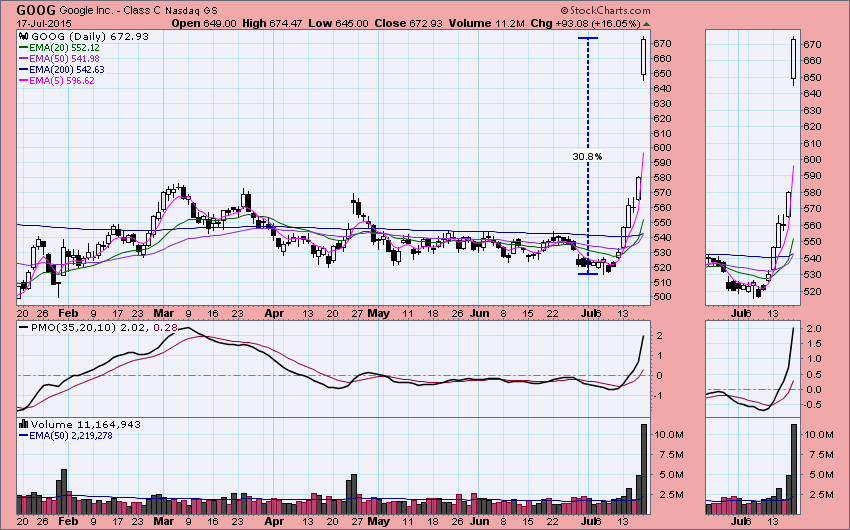 As to what specific elements of the earnings announcement caused all the excitement, I must plead ignorance and apathy--I don't know and I don't care. What I did find interesting was the effect of this one company on capitalization-weighted market indexes like the Nasdaq 100 Index. The Nasdaq 100 ETF (QQQ) is up +7.2% so far in July. 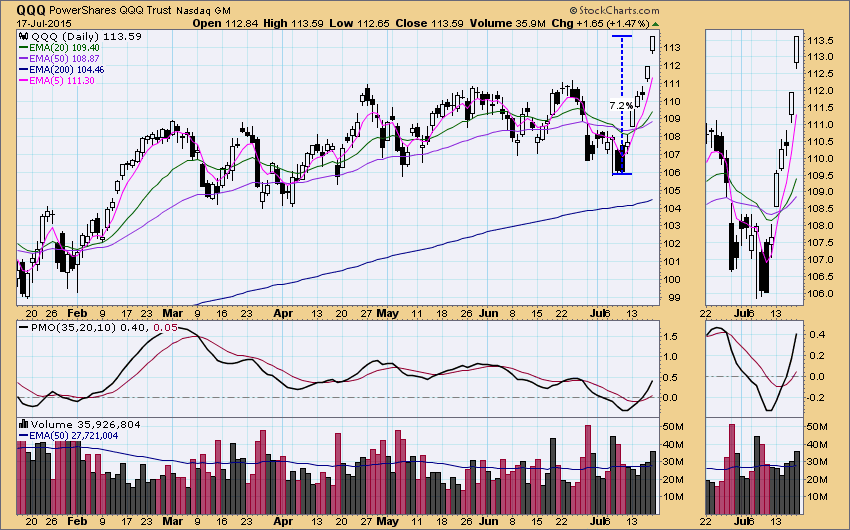 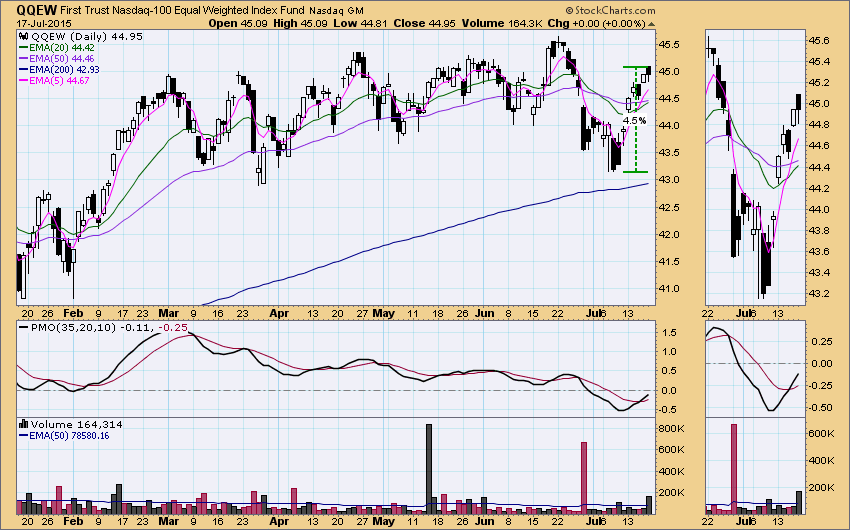 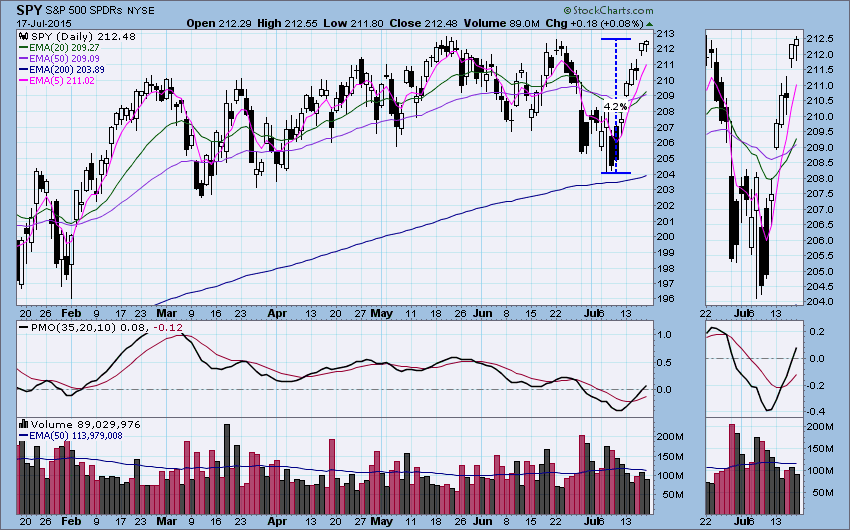 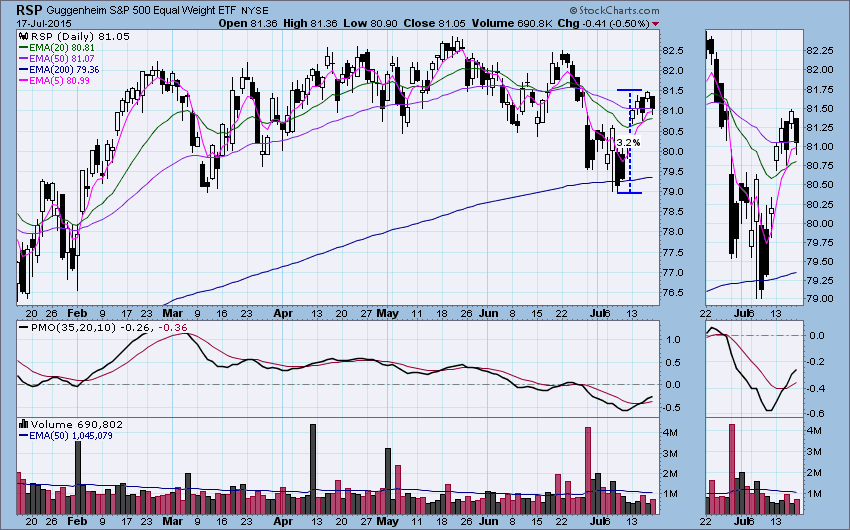 Google "A" and "C" shares represent 8.6% of the Nasdaq 100 total market capitalization, which puts Google at number two just below Apple. Google represents 1.81% of the total market cap of the S&P 500 Index, where it ranks number four just below Apple, Microsoft, and Exxon Mobile. Therefore, Google will have a major effect on how those Indexes perform, and it injects an unhealthy slug of single stock risk into the equation.

The most important issue is the fact that Google is creating an illusion that the market as a whole is performing better than it really is. While the major indexes are making record highs or are within a hair of previous record highs, on an unweighted basis they are not. This means that the internal market is weaker than it appears when looking at the major averages. Keep this in mind before getting too comfortable with current bull market appearances.