An oversold rally began on Monday, when a Clinton win was assumed to be in the bag. Early Wednesday morning a Trump win was obvious, and the futures markets went crazy with panic -- at one point the Dow futures were down almost -800 points in pre-market trading -- but by Wednesday's market open, things had settled down. Before the close, price had broken out of the declining trend channel on a huge advance. On Thursday SPY approached but failed to exceed the previous all-time high, and on Friday it pulled back to support, presumably in preparation for another breakout attempt next week. Volume faded on Thursday (hinting at a pullback), then contracted even more on Friday when the pullback took place. All normal. 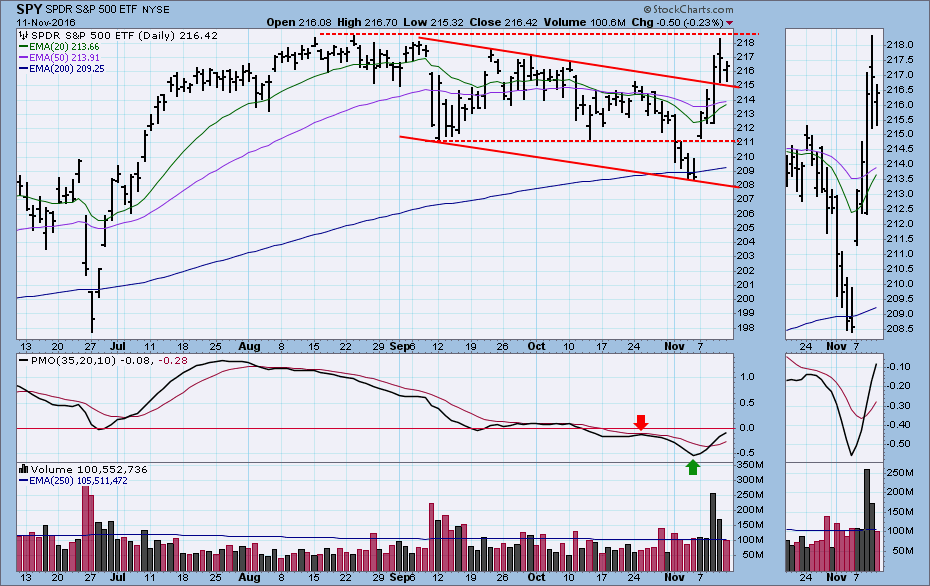 When I see this kind of reversal and breakout, I am immediately interested in seeing how much strength is showing in ultra-short-term climactic indicators, which will show us how broad participation is. The chart below shows climactic activity with two indicators -- the CVI (OBV climaxes) and Participation-UP (price climaxes). As you can see, current readings fall short of the readings we saw at the rally launches in February and June. 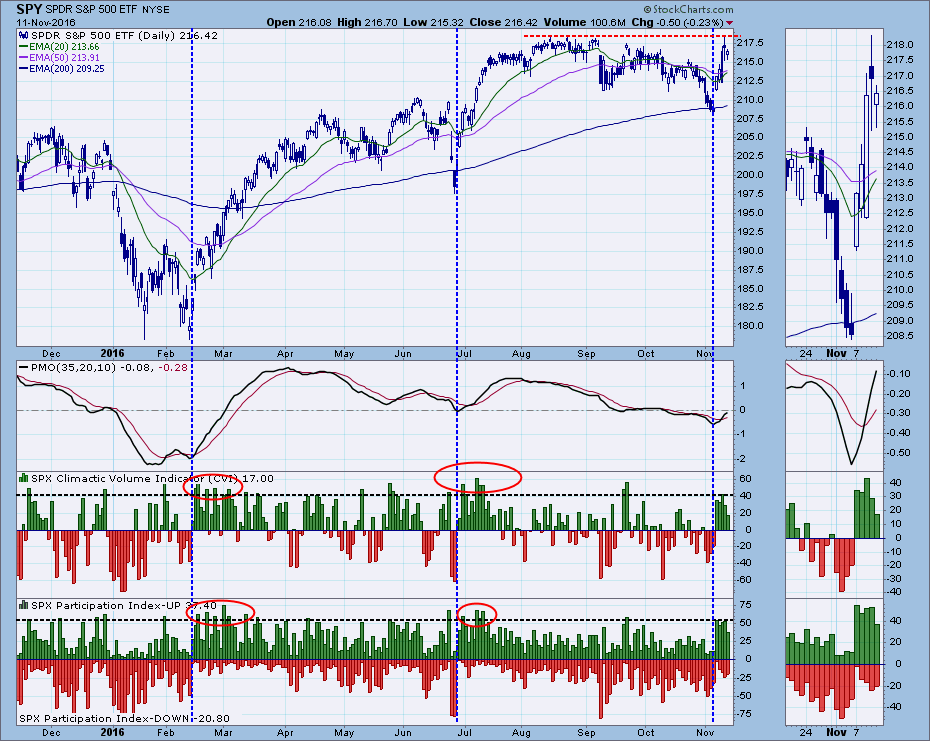 I should note that the Dow Industrials and the S&P 600 Small-Cap Index have broken out to new highs, but broader indexes have not. What happens with the S&P 500 will probably be typical of broader market results, so this is where I will stay focused.

CONCLUSION:  So far, the stock market seems to be pleased with the results of our election. SPY broke out from a declining trend channel, tested overhead resistance, then pulled back on lower volume. This looks like a good setup for a break to record highs. The only problem I see is that short-term participation was a bit light when compared to rally launches earlier this year. This is not a major problem, but I would like to see it expand along with any price breakout.