After correcting nearly -20% from the July 2016 top, gold rallied off the December low, hitting a rally high on Monday. Then it spent the rest of the week correcting, dropping below horizontal support set last year. It also dropped below the 20EMA and 50EMA, which action turned those EMAs down and caused the PMO (Price Momentum Oscillator) to top. A very short-term positive on this chart is that Friday's price closed near the top of the day's range, hinting at a short-term bottom. 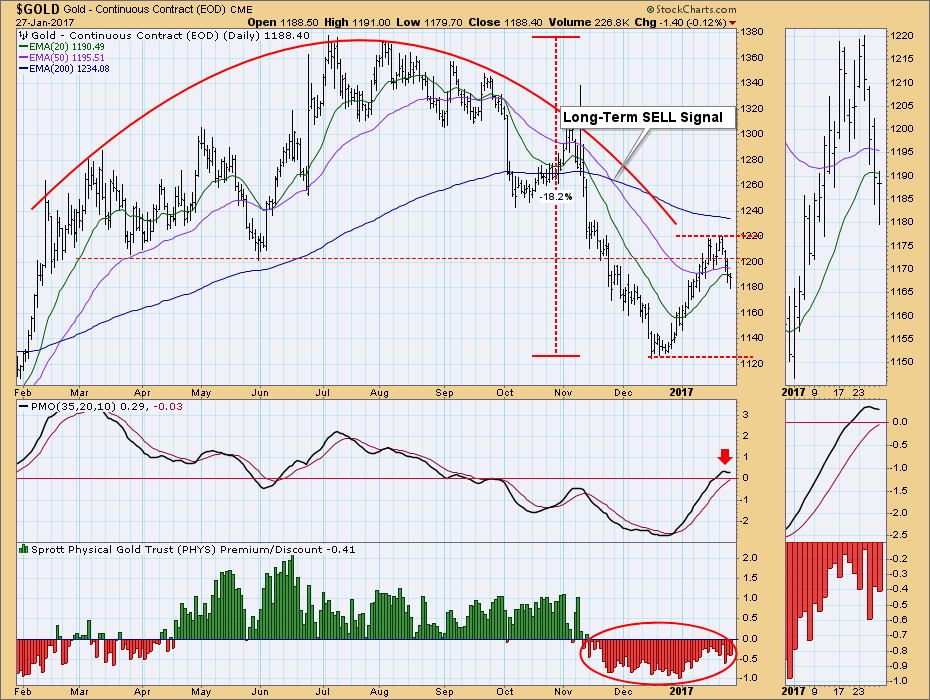 In November a long-term SELL signal was generated when the 50EMA crossed down through the 200EMA, a condition which tells us that the gold market has a bearish bias.

Note also that, in spite of the recent rally, the Sprott Physical Gold Trust (PHYS) closed-end fund continued to sell at a discount.* This shows that investor sentiment never did turn bullish, something that needs to happen for a rally to be sustained.

I can never write about gold without showing a long-term monthly chart in order to provide the over all context. After the parabolic rise into the 2011 top, gold broke down, declining nearly -50% into the November 2015 low, which was possibly the end of the gold bear market. Rallying from there it stalled at the long-term declining tops line. Finally, it pulled back toward the horizontal support at about 1050. The monthly PMO has topped, and this chart is still bearish. 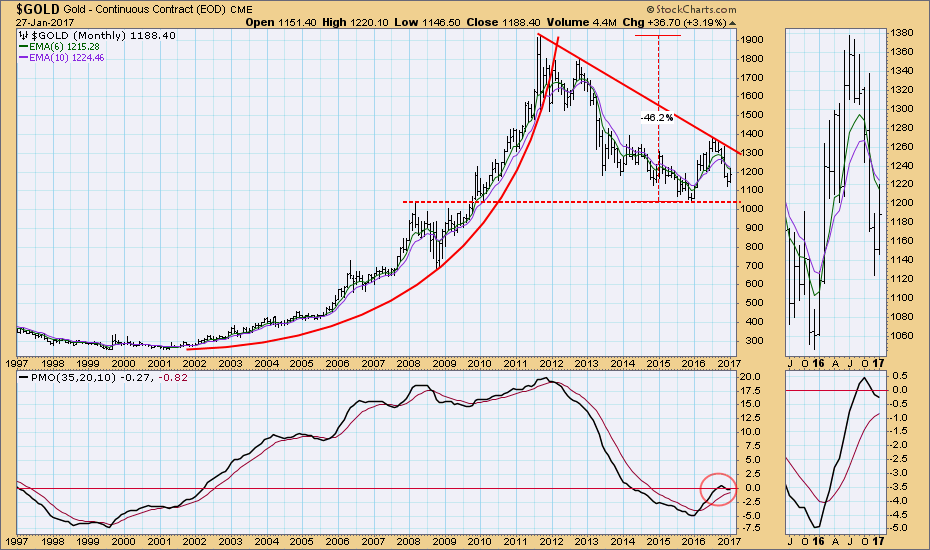 The weekly chart is more positive because the weekly PMO has bottomed; however, it is a rather shallow bottom. 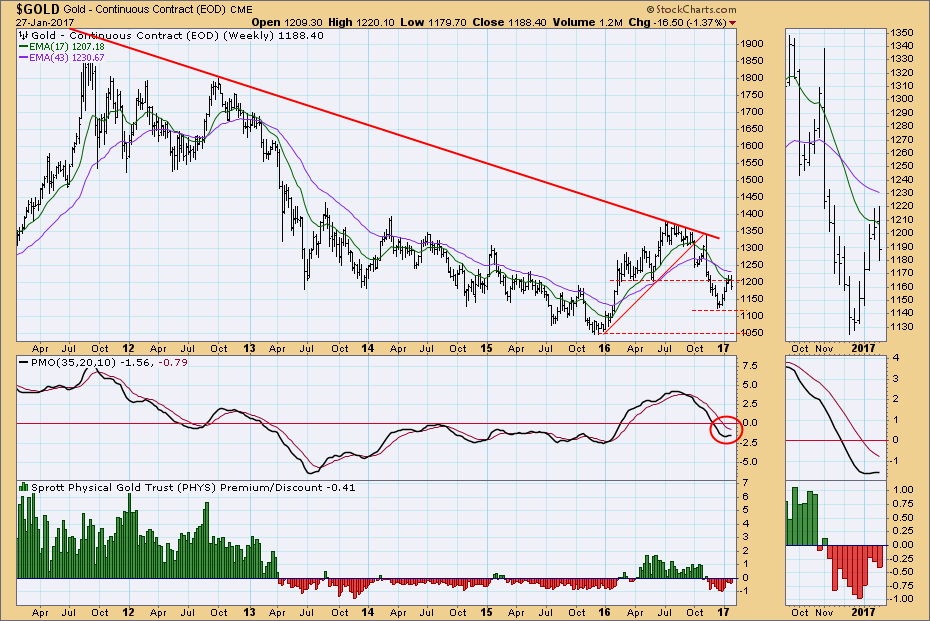 The strength or weakness of the U.S. Dollar, of course, has a strong influence on the price of gold. Gold and the dollar are not exactly reciprocal, but a strong dollar will keep gold down. On a weekly chart below the ETF for the dollar (UUP) broke out of a bullish flag formation, but the rally stalled at overhead resistance. The weekly PMO top implies that that the dollar is headed still lower, which, of course, would be a plus for gold. 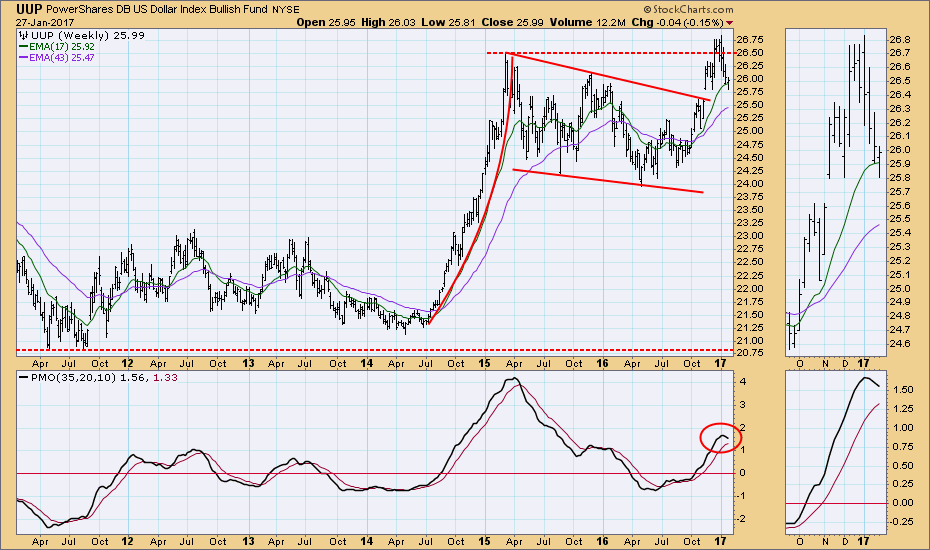 CONCLUSION:  Gold remains in a bear market. There is some thin evidence to support a bullish outlook, but sentiment is still bearish.

* Sprott Physical Gold Trust (PHYS) is a closed-end fund that trades like a stock. As such it can trade at a premium or discount to its net asset value.