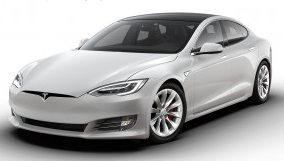 I noticed on the StockCharts.com homepage "symbol cloud" that readers were downloading this chart more than Amazon and the SPX (based on size of the font). I decided to take a look. Wow! TSLA dropped more than 6.4% today! There are some real problems with this chart in the short term.

Today's decline broke a steep rising trend that had been intact since December. The breakdown is considered "decisive", meaning it was a more than 3% break down below the rising trendline. Decisive moves are typically initiations and not exhaustions. Note the gap that occurred with today's decline. I am inclined to believe we are looking at a breakaway gap which is considered an initiation to price moves in the same direction--down in this case. The Price Momentum Oscillator (PMO) is overbought and triggered a crossover SELL signal today. The On-Balance-Volume (OBV) tops are showing a bearish confirmation with price tops; both OBV and price tops are declining. The SCTR dropped out of the "hot zone" above 75 which also suggests lower prices. 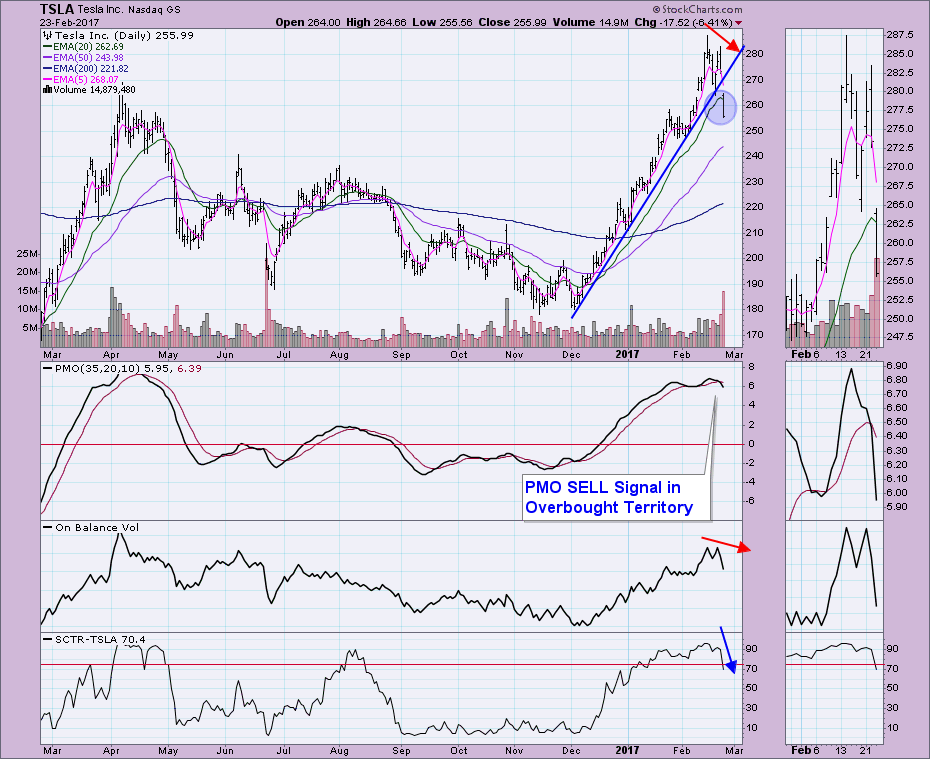 The weekly PMO is rising on a BUY signal, but the price chart doesn't look bullish. Price nearly reached all-time highs before correcting this week. There will likely be move to test support. The strongest support lies at $180, but I think $240 could also provide support (3rd quarter 2016 high). 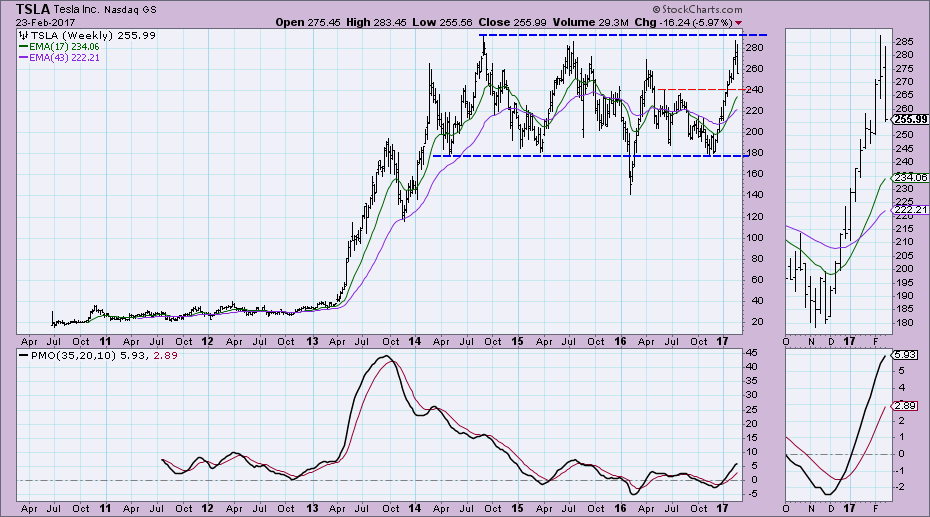