You may ask why I used the qualification of "the most overvalued advancing market." On the chart below the current P/E Ratio is only exceeded twice, but both times it happened while the market was crashing -- the dotcom crash from the 2000 top, and the financial crisis crash beginning 2007. There are two factors that can cause the P/E ratio to rise: (1) rising price and/or (2) falling earnings. In those two cases both factors were involved, it's just that prices fell faster than falling earnings could be reported. I have circled previous P/E peaks that have exceeded the normal overbought P/E level of 20, and we can see how far they have been exceeded this time. 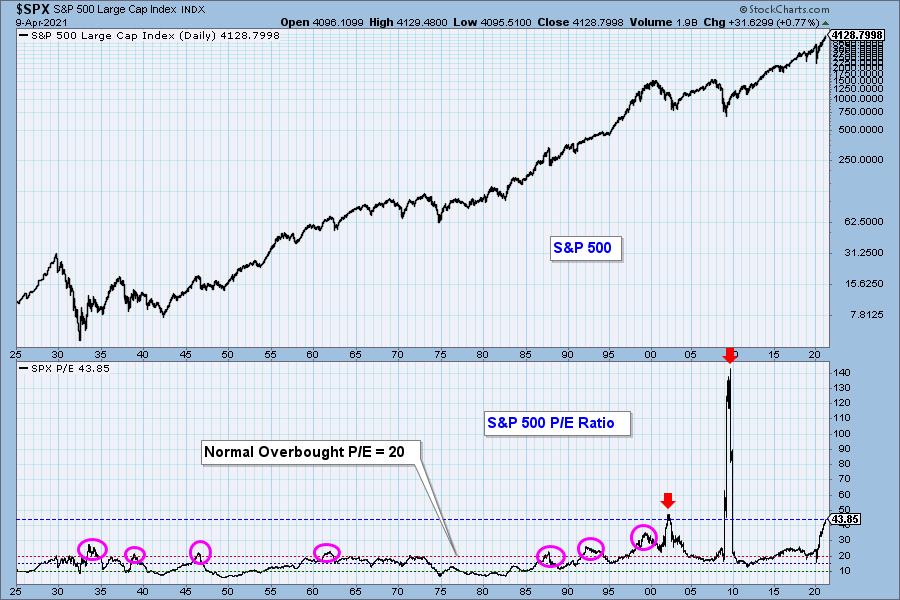 The following chart shows us the normal value range of the S&P 500 Index, indicating where the S&P 500 would have to be in order to have an overvalued P/E of 20 (red line), a fairly valued P/E of 15 (blue line), or an undervalued P/E of 10 (green line). Annotations on the right side of the chart show where the range is projected be based upon earnings estimates for the next four quarters, through 2021 Q4. 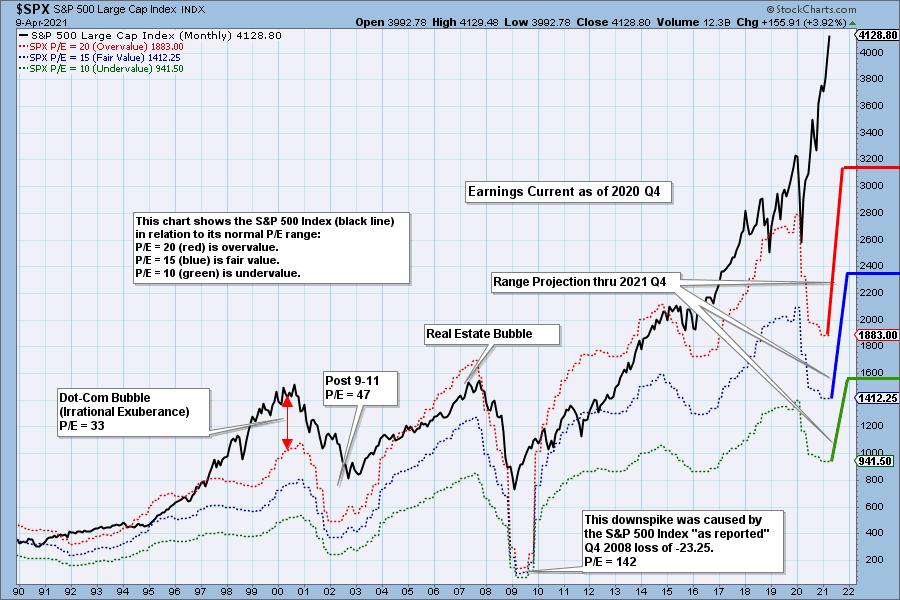 Historically, price has usually remained below the top of the normal value range (red line); however, since about 1998, it has not been uncommon for price to exceed normal overvalue levels, sometimes by a lot. The market has been mostly overvalued since 1992, and it has not been undervalued since 1984. We could say that this is the "new normal," except that it isn't normal by GAAP (Generally Accepted Accounting Principles) standards. 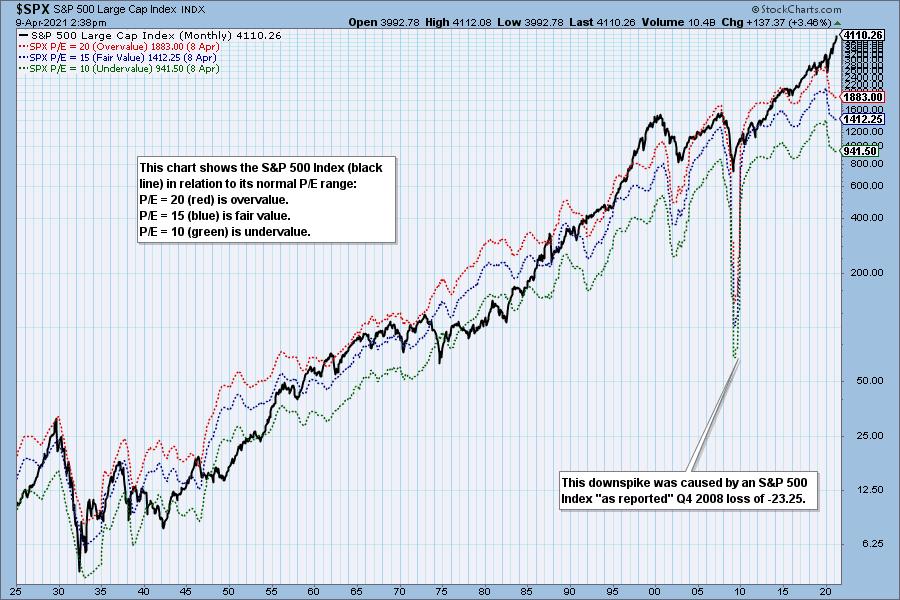 We use GAAP earnings as the basis for our analysis. The table below shows earnings projections through September 2021. Keep in mind that the P/E estimates are calculated based upon the S&P 500 close as of today. They will change daily depending on where the market goes from here.

The following table shows where the colored bands will be, based upon earnings estimates through 2021 Q3.. We can also see what the estimates were last quarter. (2021 Q3 is absent because they weren't estimating it three months ago.)

This DecisionPoint chart keeps track of S&P 500 fundamentals, and P/E and yield, and it is updated daily, not that you need to watch it that closely, but it is up to date when you need it. 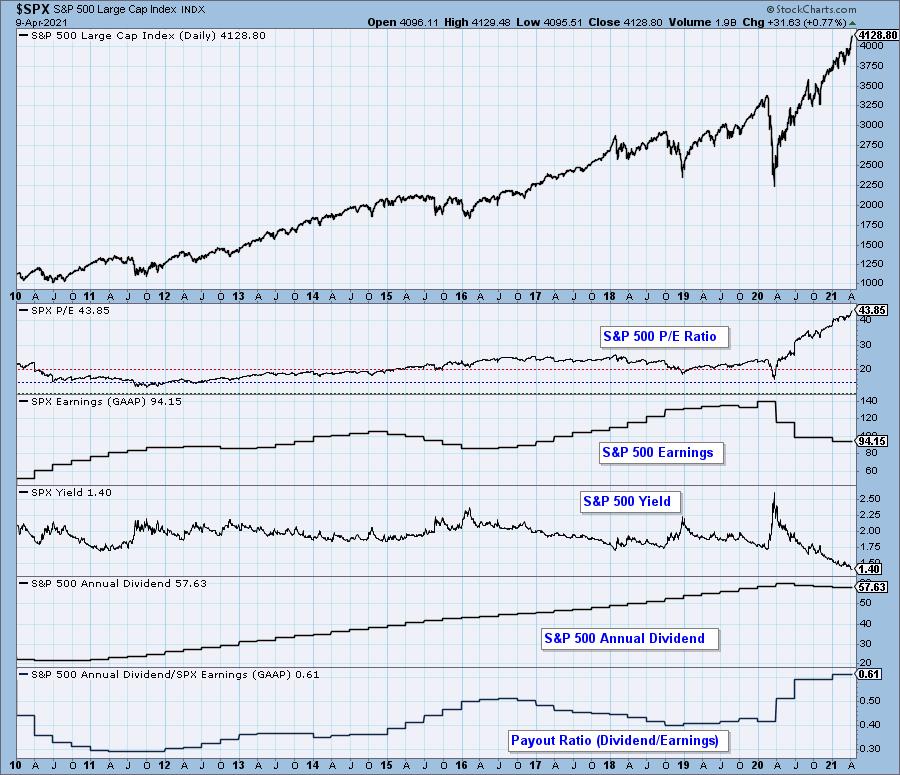 CONCLUSION: Overvalued means that people are paying too much for stocks based upon traditional valuation measures. The excess of overvalued markets can persist for years and is not a condition that requires immediate correction. Overvaluation is, however, a condition that can exacerbate declines because there is no intrinsic "value" present to incentivize potential buyers. Overvaluation doesn't matter . . . until it does.