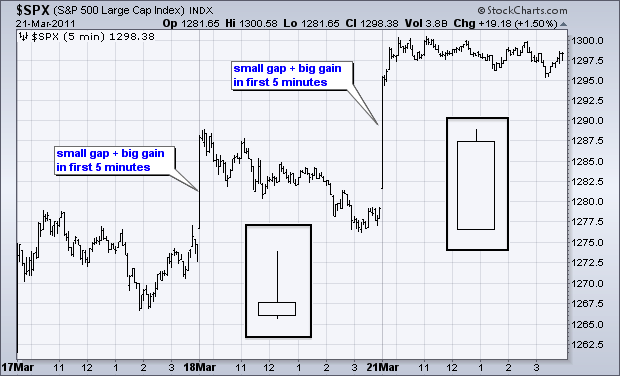 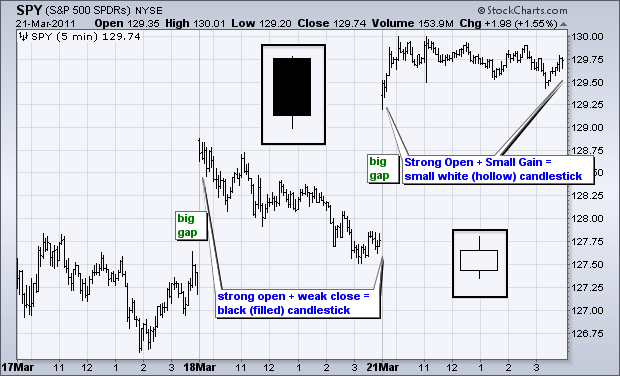 In contrast to the S&P 500, the S&P 500 ETF open is based on an actual trade. Shares exchanged hands at the opening prices. The S&P 500 open is not based on an actual trade, but rather the index value at the time. Notice how the S&P 500 produced a small gap and surged higher the first five minutes on Friday and Monday. In contrast, SPY produced a big gap on both days. SPY simply opened where the S&P 500 ended after the first five minutes of trading. **A true open makes all the difference with candlesticks**. SPY moved down after its open on Friday and traded slightly higher after its open on Monday. As far as I am concerned, SPY produces more robust candlesticks than the S&P 500.