QQQ broke pennant support on Friday and continued below 102 on Monday to break its support zone. The early December trend line and last week's highs mark resistance at 105. Apple continues to work its way lower and I am marking resistance at 112. 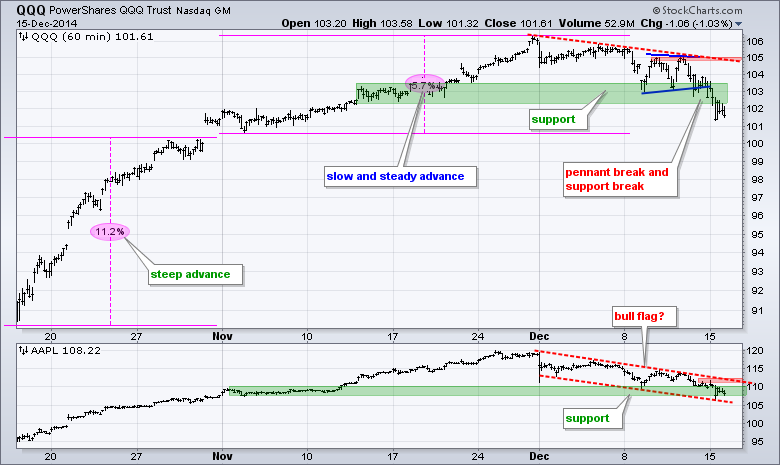 IWM is still holding up better than SPY, but the ETF broke support with a move below 114 on Monday. A short Raff Regression Channel marks the current downswing with resistance set at 116 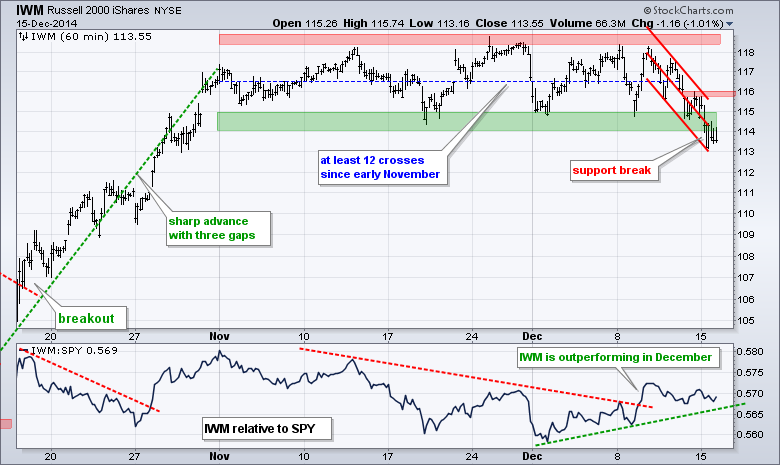 The Gold SPDR (GLD) had a flag working last week and had every chance to breakout, but did not and moved sharply lower on Monday. This move broke the lower trend line of a rising channel and erased last week's surge. With the bigger trend down, this looks like a continuation breakdown and a move to new lows is expected. 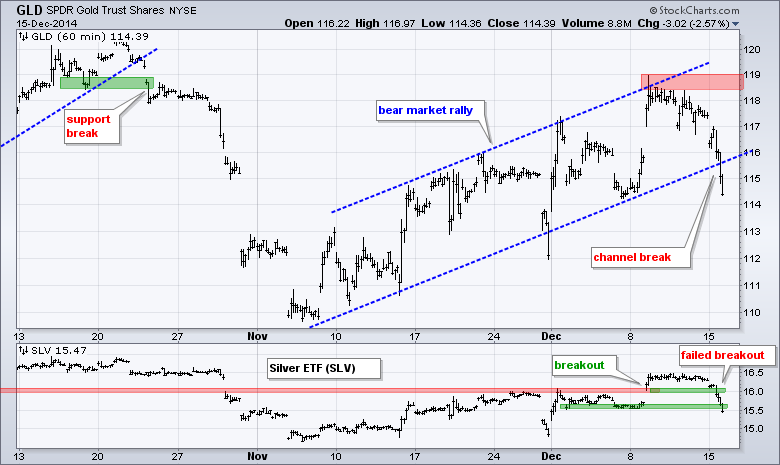