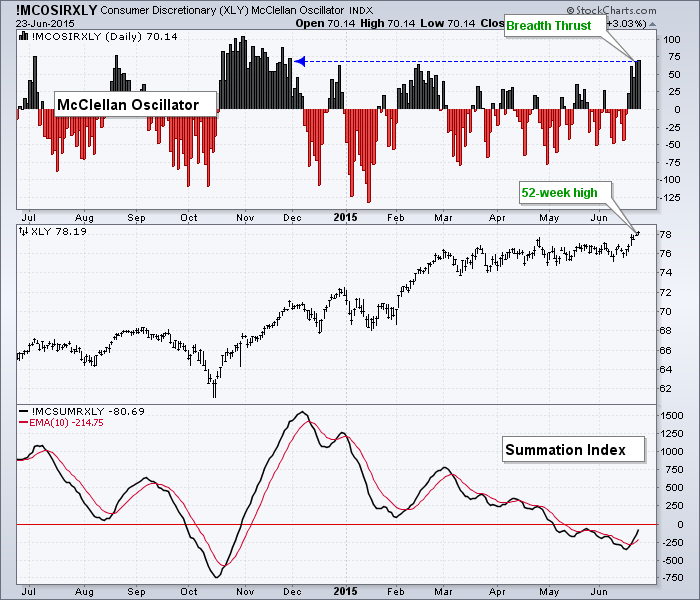 Chartists can find the symbols for the McClellan Oscillator and Summation Index by searching for the term "mcclellan" (without quotations). The root of the McClellan Oscillator symbol is !MCOSIR and the corresponding index/ETF symbol is added to this root. Thus !MCOSIR + XLY = !MCOSIRXLY, which is the symbol for the XLY McClellan Oscillator. Chartists simply need to change the suffix of the symbol. Of the major stock indices, only the Small-caps and Mid-cap Summation Indices are in positive territory. Of the nine sector SPDRs, only the finance and industrials summation indices are in positive territory. 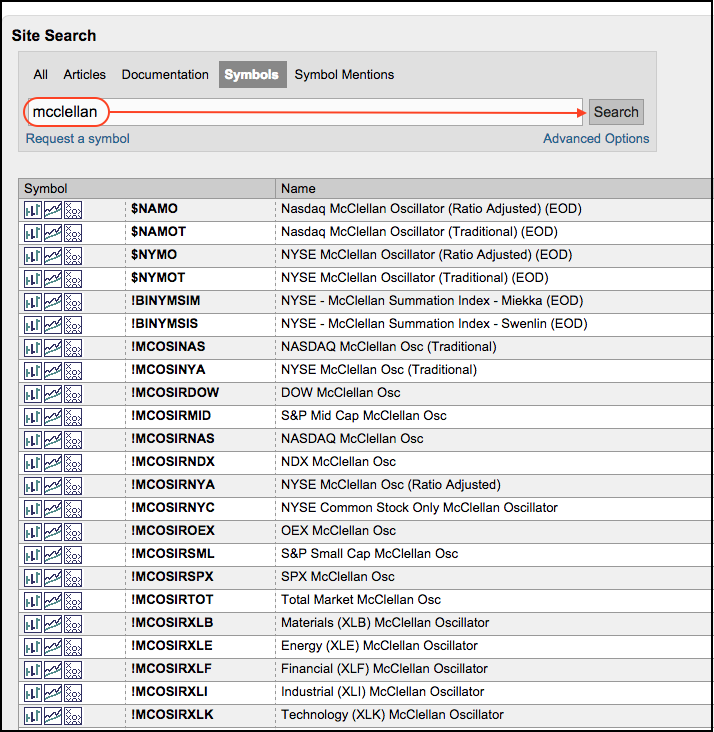