After lagging the market in October, the Home Construction iShares (ITB) is perking up with a breakout on the price chart and upturn in the price relative. ITB peaked in August and fell into September.  Even though the market rallied in October and early November, ITB did not partake and continued to underperform as the price relative (ITB:SPY ratio) continued lower.  There was a lot of consolidation in the 26.5-28 area as the two moving averages converged and the ETF broke out with a surge the last eight days. The uptrend is resuming and the lows extending back to mid October now mark support. The price relative also turned up as ITB outperformed over the last few weeks. 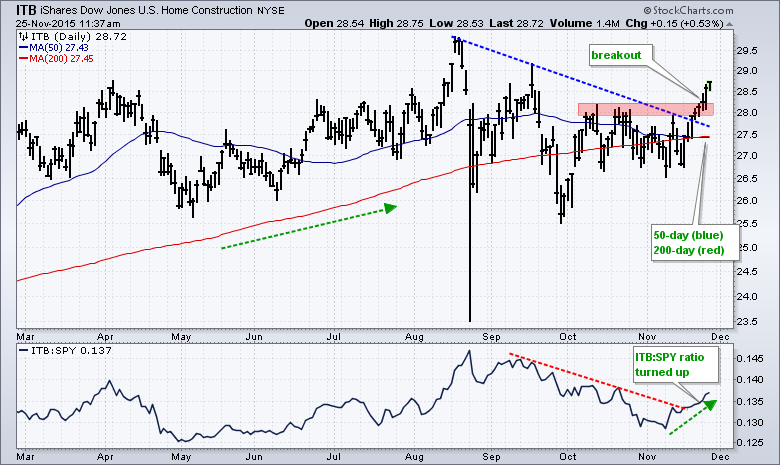