The chart for TripAdvisor (TRIP) shows bearish patterns on two different timeframes and the stock looks poised for a breakdown. First, note that the long-term trend is down because the 50-day EMA is well below the 200-day EMA. Also notice that the stock hit a 52-week low with the sharp decline in January-February. The rising wedge looks like a corrective advance within a bigger downtrend, which makes it a bearish continuation pattern. With a sharp decline below 62 today, the stock is on the verge of breaking the wedge trend line and continuing its long-term downtrend. 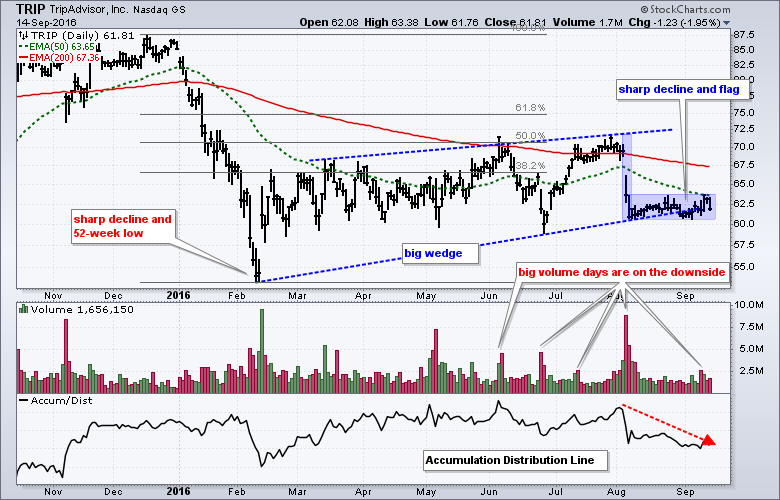 Short-term, the stock fell sharply in early August and then formed a flat flag, which is a continuation pattern. The prior move was down and this favors a support break and continuation lower. A flag break would clearly coincide with the wedge break and be quite bearish. The indicator windows show downside volume outpacing upside volume on a regular basis and the Accumulation Distribution Line (ACDL) moving to its lowest level since March. It looks like distribution is underway and this also favors further weakness. An upside breakout at 64 would throw cold water on the bearish case.