Applied Materials (AMAT) printed a shooting star candlestick on Thursday, with a long-term negative divergence in play on both its daily and weekly charts, signs of slowing momentum to the upside from both an intermediate- and long-term perspective.  AMAT, just a few days ago, printed a reversing dark cloud cover candle, but still managed to clear that high with today's intraday high.  But today's reversal and overall lighter volume of late suggests the near-term is dicey at best.  Check out the chart: 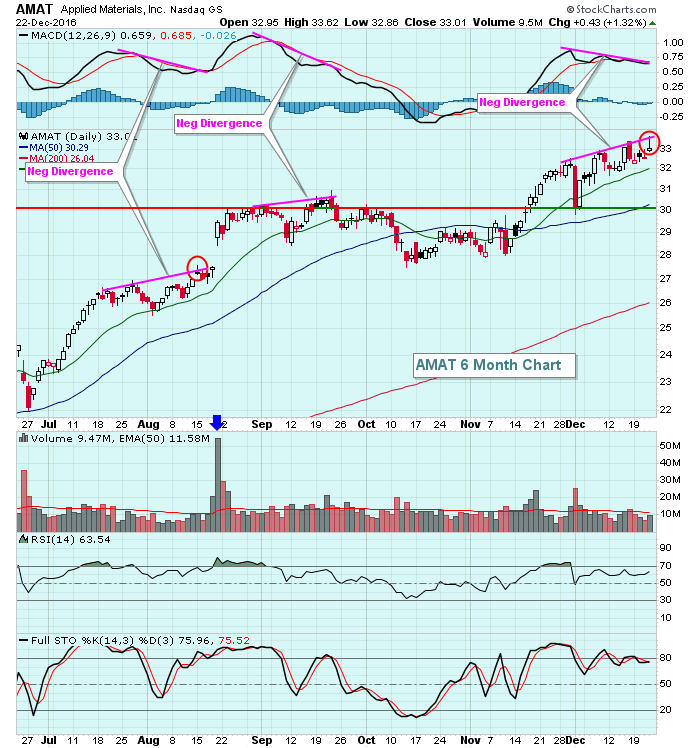 Will this third negative divergence work?  Well, earnings won't be out again for AMAT until mid-February so I'd expect slowing momentum to be a concern for the next few weeks.  If we do see AMAT print higher prices, check the volume.  Unless the volume is well above average volume, I wouldn't trust the advance.