The EuroTop 100 ($EUR) has further room to run after breaking out of a bullish continuation pattern. The price chart shows the index basing from March until November and then breaking above a major resistance zone in early December. After a 13.1% advance in nine weeks, the index paused with a five week consolidation (blue box). The breakout over the last few weeks signals an end to the consolidation and a resumption of the bigger uptrend. A similar 13% advance from the consolidation lows would extend to the 3150 area. 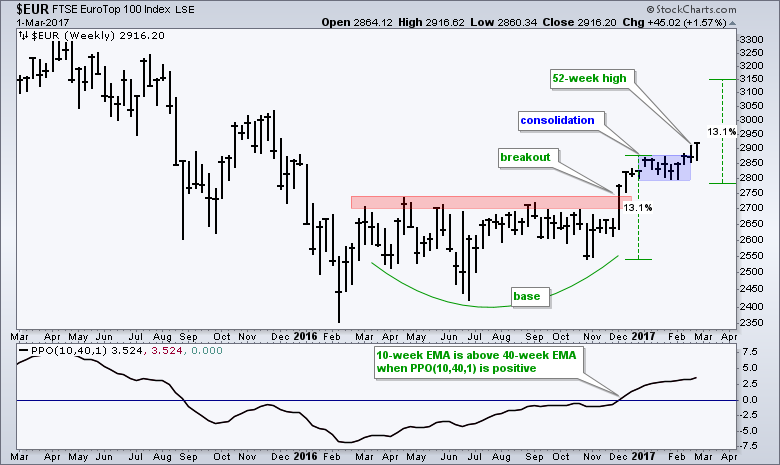