You might find it surprising, but healthcare (XLV, +15.51%) has posted the best six month performance among all sectors - even technology (XLK, +14.10%).  All five industry groups within healthcare have gained 10% or more in the past six months with medical supplies ($DJUSMS, +23.32%) leading the pack.  The DJUSMS has been consolidating this summer, but just bounced off of price support and its 50 day SMA and appears poised for another upside run: 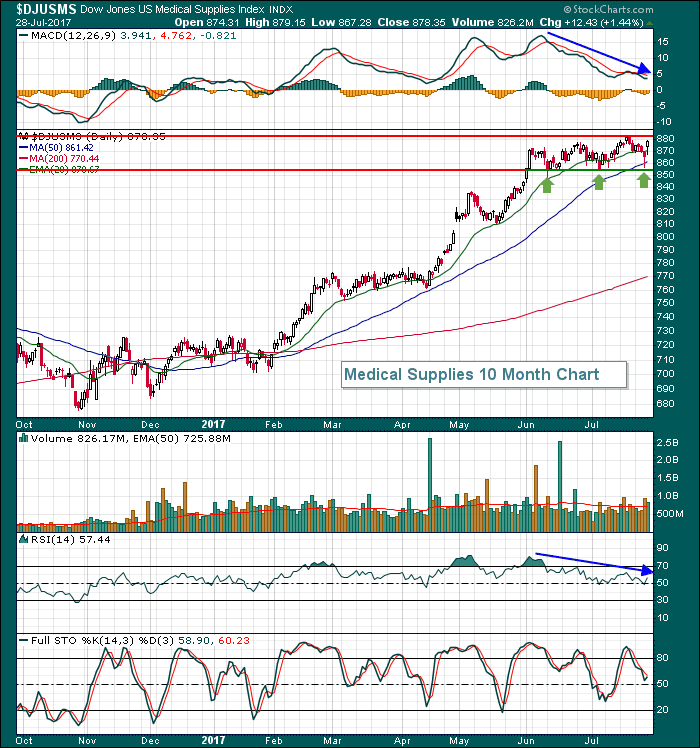 The consolidation has allowed the extended MACD to return closer to centerline support and the overbought RSI to dip back to a much more palatable 50 level.  I wouldn't be surprised to see a breakout here sooner rather than later.

For aggressive traders, there are two stocks in this space that had rough Fridays, but are likely poised for a quick turnaround - Quidel Corp (QDEL) and AxoGen (AXGN).  Both stocks have solid SCTR scores, indicating superior relative strength among its peers.  Below are the two charts: 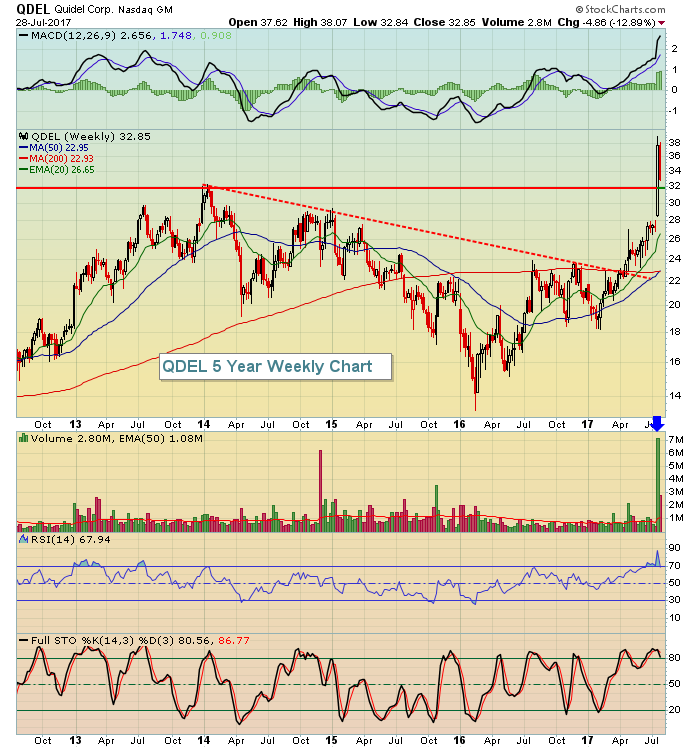 Since breaking its multiyear downtrend three months, QDEL has been flying.  They announced a couple weeks back that they were acquiring cardiovascular and toxicology assets and the stock surged more than 40% in two days.  After a recent earnings shortfall, QDEL pulled back, but it's now approaching key price support at 32.

AxoGen (AXGN) has been trending higher for the past few years, but the selling the past week has been more than 10% and AXGN's RSI has fallen just below 40, typically a key oscillator support area during an uptrend.  I see very solid short-term price support close to 14.50 and a reversing candle there could set up an excellent reward to risk ratio: 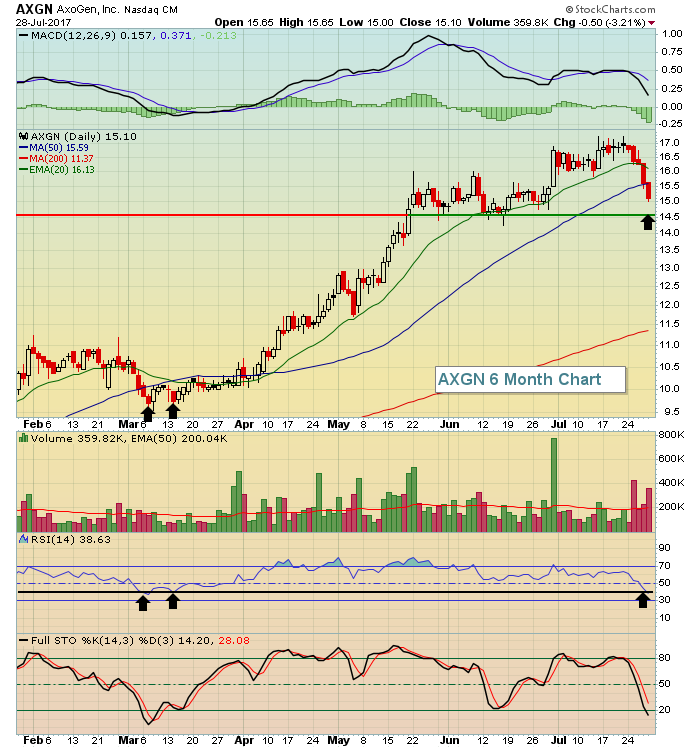 Quarterly earnings are due out this week on AXGN, so perhaps we'll see a turnaround with a better-than-expected report.